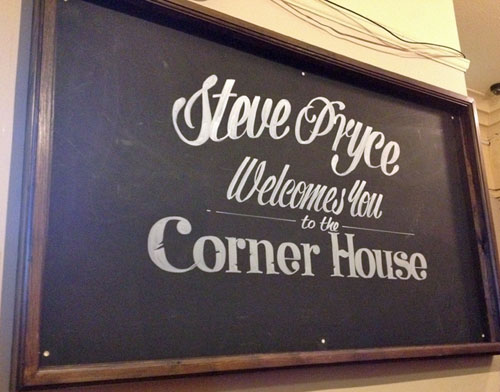 So the Corner House has closed. I can’t claim to have any insight into this pub closure issue, but I do know that I’m really shocked at the ease with which a pub can apparently turn into a supermarket, as this one is going to. In these days of increased awareness of community assets, and people power, and with so many safeguards written in to planning policy, it seems mighty odd that Tesco can just appear and buy a pub from a pub company, so we get a shop where a pub used to be.

It appears no one locally with the power to challenge this did so. I haven’t seen any evidence that our local councillors tried to do anything. I’m feeling a bit guilty that I didn’t try to do something. No one set up a campaign. Seems it was just accepted as inevitable.

There’s a petition to try to change this state of affairs, to protect other pubs. 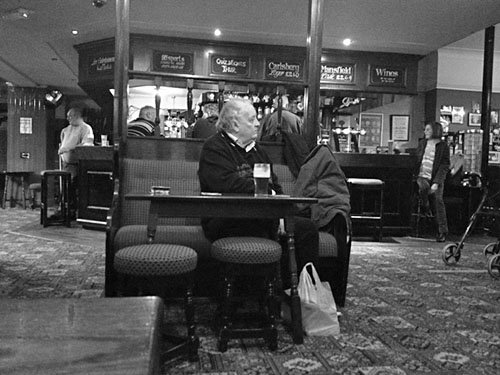 I’ve had a quick look at maps of the area (via old-maps.co.uk) to get some idea when the pub was built. 1930s, apparently. It’s not on the 1931 map – the site appears to have been left empty when the houses around were built. It is on the 1937 map. So clearly built between those two dates. And as the York City football club ground opened close by in 1932 I imagine the two are connected – the pub would have been built to serve all those thirsty City fans before and after matches. The football club is due to relocate to the new Community Stadium in a couple of years, and housing will be built where the pitch is now. Perhaps all those new residents will be glad of a Tesco nearby.

These days pubs like these have to diversify, perhaps in the form of more events and entertainment. The Corner House recently played host to Michael Jackson, in October, and Elvis, in November. (Yes, tribute acts. Not the real ones.) 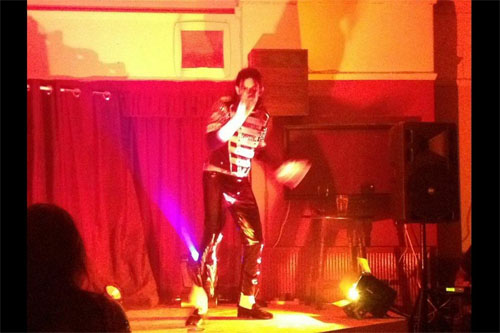 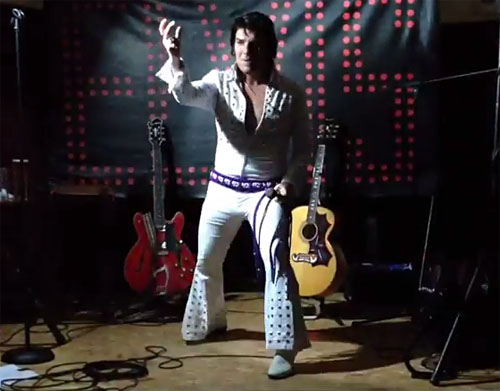 The video from which the image above was taken is below, and really worth a watch. And you’ll notice that the pub is busy, looks quite packed. Whether it’s always like that on weekend evenings, whether it’s only like that when there’s live music, whether it’s only like that because people realised it was closing soon and made more of an effort to get there, I don’t know. Bry or other regulars might want to comment. But I guess it doesn’t matter now anyway, because soon we’ll be able to buy bread or cheap booze where Andy ‘Elvis’ Wood is doing his rather impressive Elvis thing.

He can of course do his act in any other pubs. And the people watching him can go to those pubs instead. And perhaps all these people in the Corner House will just instead go up to the top of Burton Stone Lane, to the Burton Stone pub on the corner. Maybe we don’t need this pub here in the centre of this community. If there are people who will really miss it, well, their voices haven’t been heard and probably won’t be now.

I’ll leave you with Bry and his pint. And we have Andy ‘Elvis’ Wood to sing us out, with Suspicious Minds.

One of the last pints in “the corner house” sad days pic.twitter.com/MafpV40JKh

Take it away, Elvis. Thank you and goodnight, Corner House. Drinking up time.