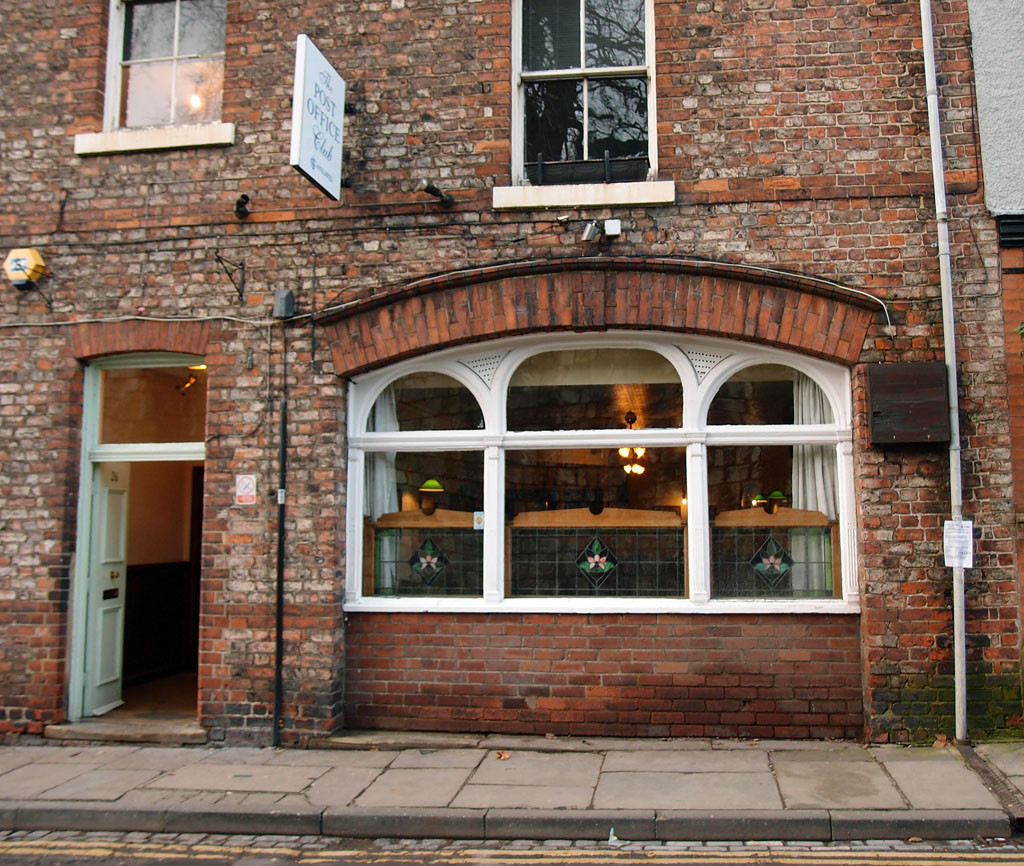 As the local press reported a while back, there’s a planning application to convert the Post Office social club on Marygate to residential accommodation.

First up then, the club closing, and the proposed conversion to residential accommodation. It’s one of those places that has been there for decades, well-known to locals, but clearly not enough of us used it to keep it open. A similar story to many other clubs.

As is usually the case, there’s interesting historical information to be found in the documents submitted as part of the application, in the heritage, design and access report (PDF). The report also includes photos of the interior, which is looking rather shabby on the second floor, uninhabited for some years apparently.

The conversion to club premises meant that on the ground floor ‘the historic footprint is completely lost’. The proposal is to divide the building into two houses, ‘retaining as much of the existing original structure and fabric as possible’, and to ‘reinstate the room layout of the original building and enhance its historic character’.

Next door is the Minster Inn. Fourteen years ago in January 2004, on my first ‘York Walk’ with my camera, I took a photo of both the pub and the club and the light shining up Marygate late in the afternoon. 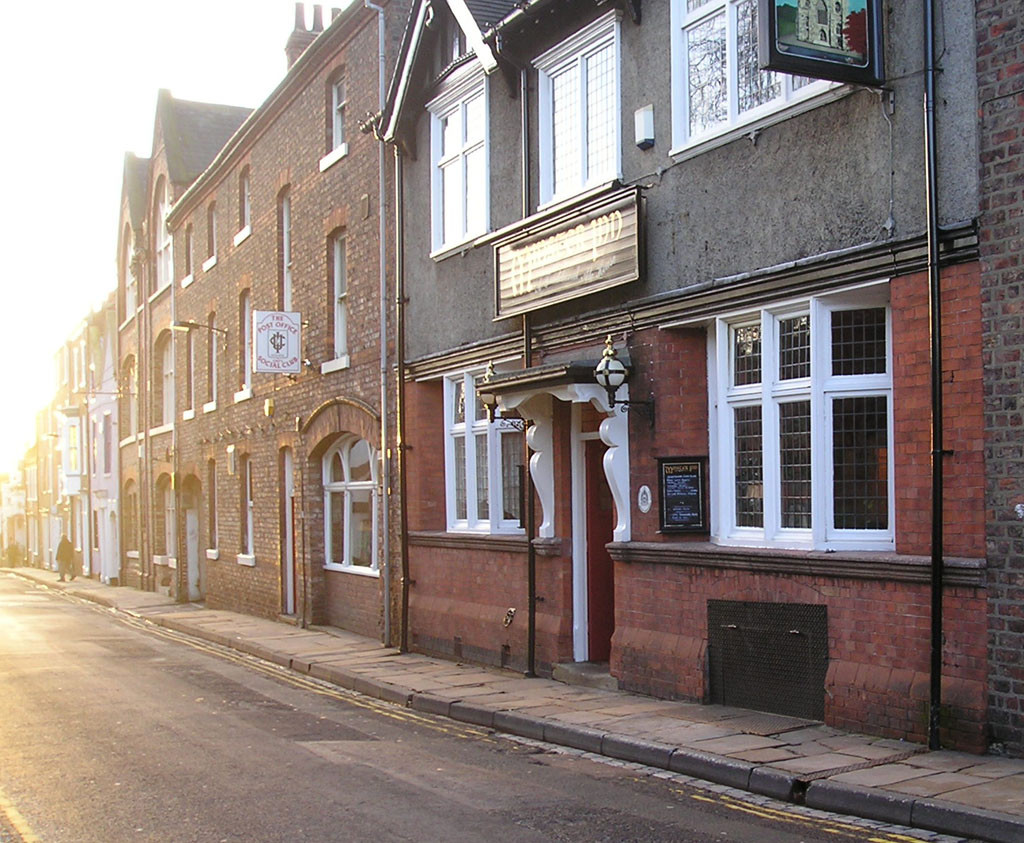 The scene looked similar (though not as sunny) on my recent afternoon wander down here. 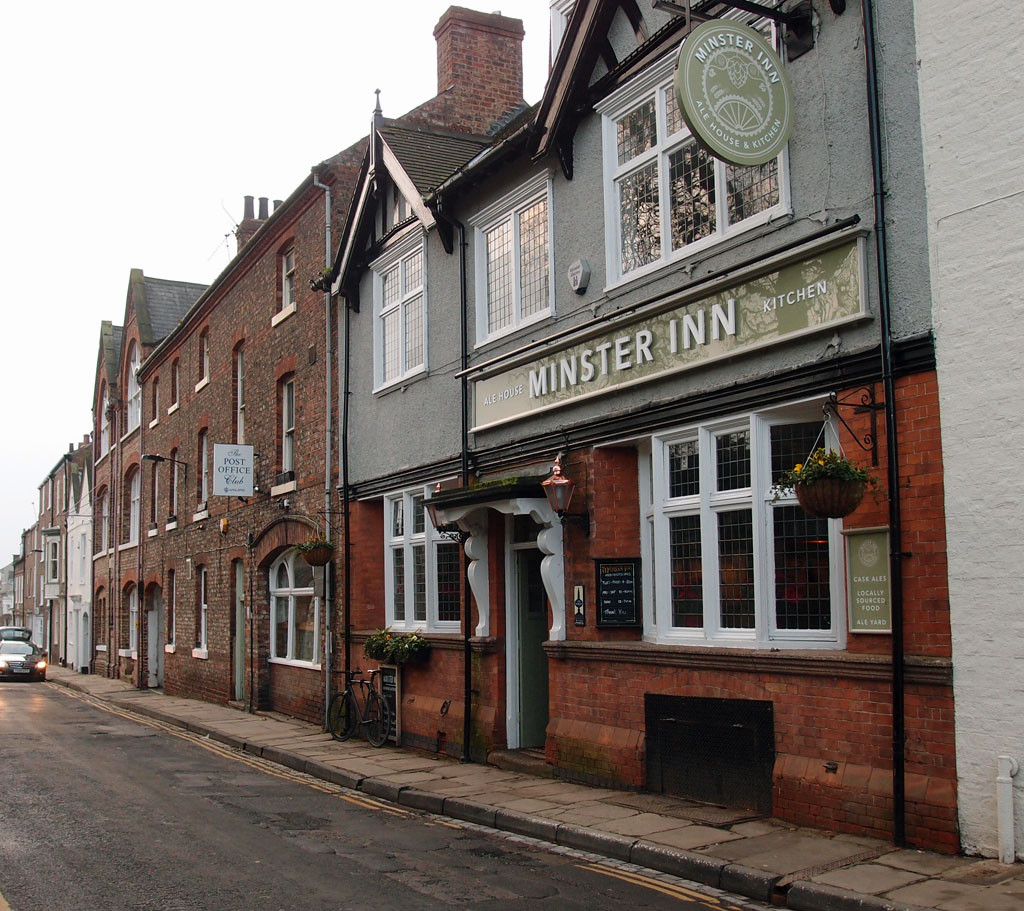 Subtle changes in the signage, modernised, with the Minster Inn appearing to be more focused on food than it was, following a general trend.

The title of this page refers to a pub, but this wasn’t the pub I was aiming for. We’re heading off down to the bottom of Marygate. 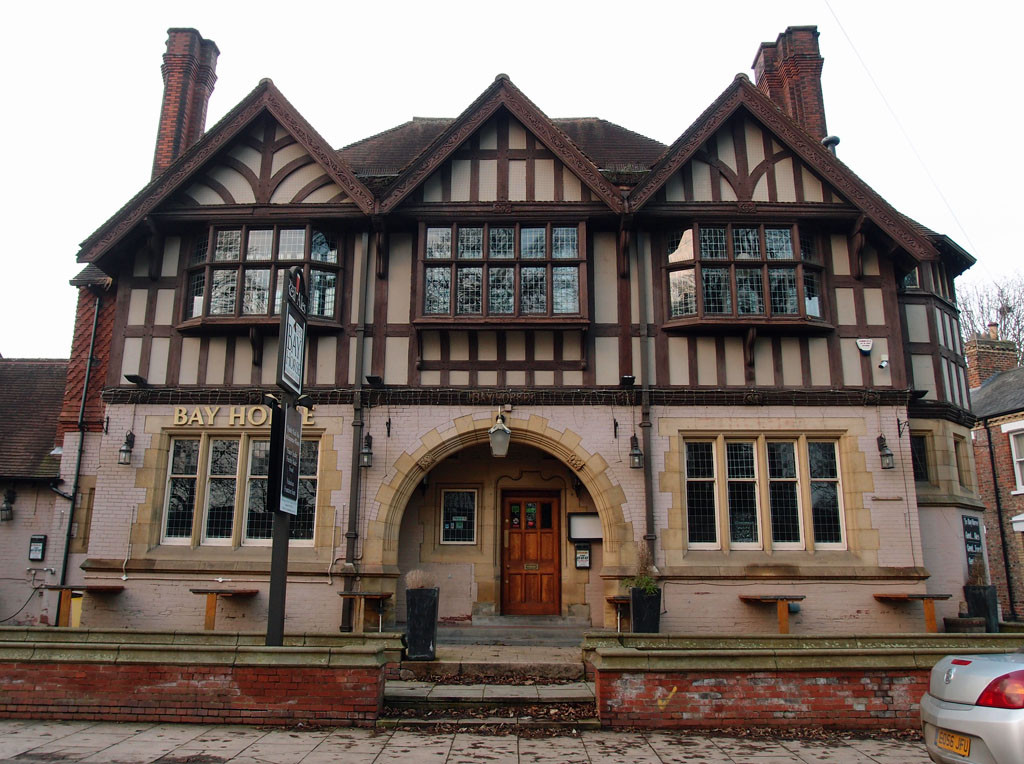 A comment on an earlier page about this pub alerted me to a planning application submitted in recent months:

Signs in the window say it’s closed for refurbishment. But the proposed refurbishment – that planning application linked to above – was refused.

So what now for the Bay Horse? According to the comment left on my earlier page about this building plans will now be submitted to convert it to residential use (again) as the pub refurbishment plans were refused.

Dividing it into apartments would also spoil its character, but I suspect that’s what will end up happening, particularly as a previous permission was given for a change of use. 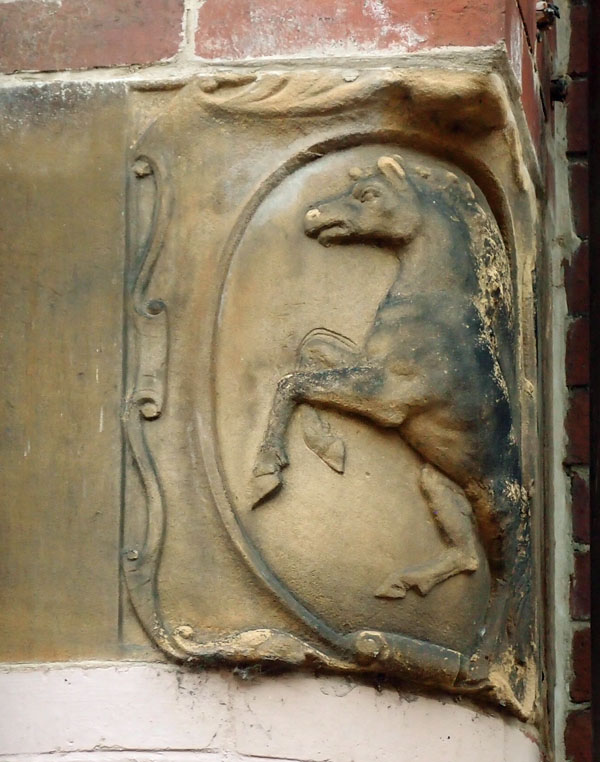 Perhaps its historic interior could be better preserved if one wealthy buyer bought the whole thing.

Clearly there is a demand for residential property in this particularly attractive location close to the river and the Museum Gardens.

Which leads us on to … 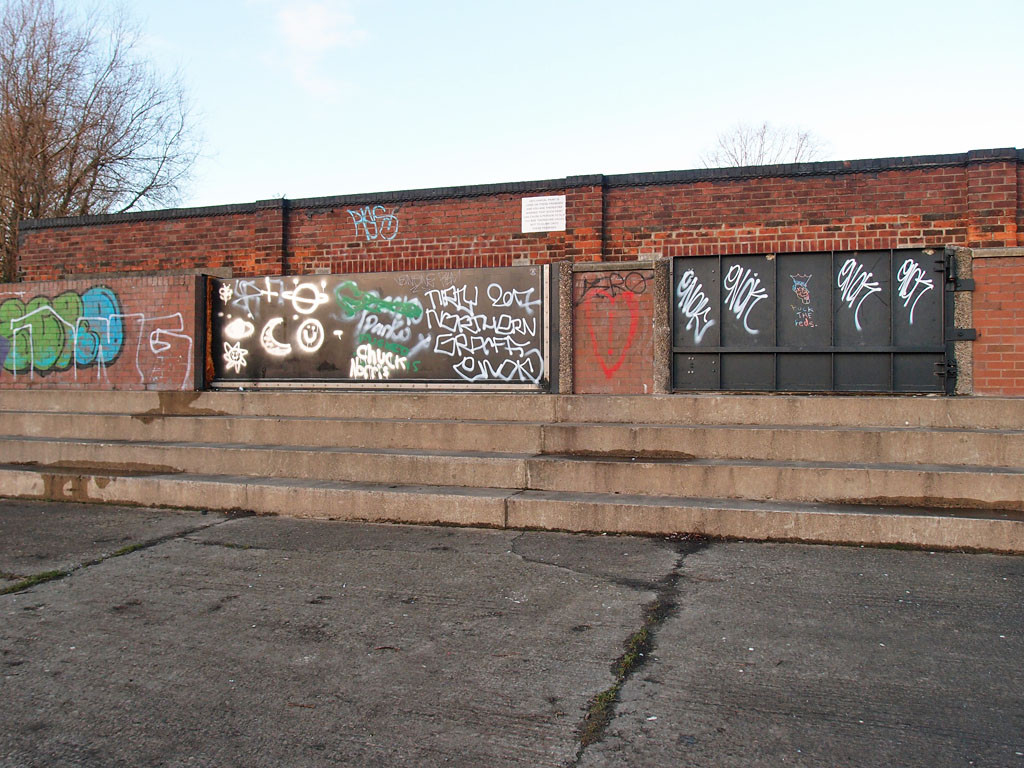 From the club and pub on Marygate we go to the bottom of the street, to Marygate Landing on the riverside, turn right and walk a short way along the riverbank, under Scarborough Bridge, past a row of 20th century semi-detached houses, to where the buildings end to open up to school playing fields and the open space of the ings. The last building here, at the end of the row of houses, is an old boathouse.

Just a little functional building, unused for some time, but I’m familiar with it, having passed it many times.

The boathouse is to be demolished, a new house built in its place.

It was on the market a while back, and according to the estate agent, the site represents:

There’s a PDF with further particulars, including sketches of ideas for potential buildings on the site once it’s cleared. Thankfully the planned house (planning application 17/02717/FUL) doesn’t look like the rather boxy suggestions in that document. It’s a sensitive site here, where the houses stop and the riverside opens out to flat ings land. 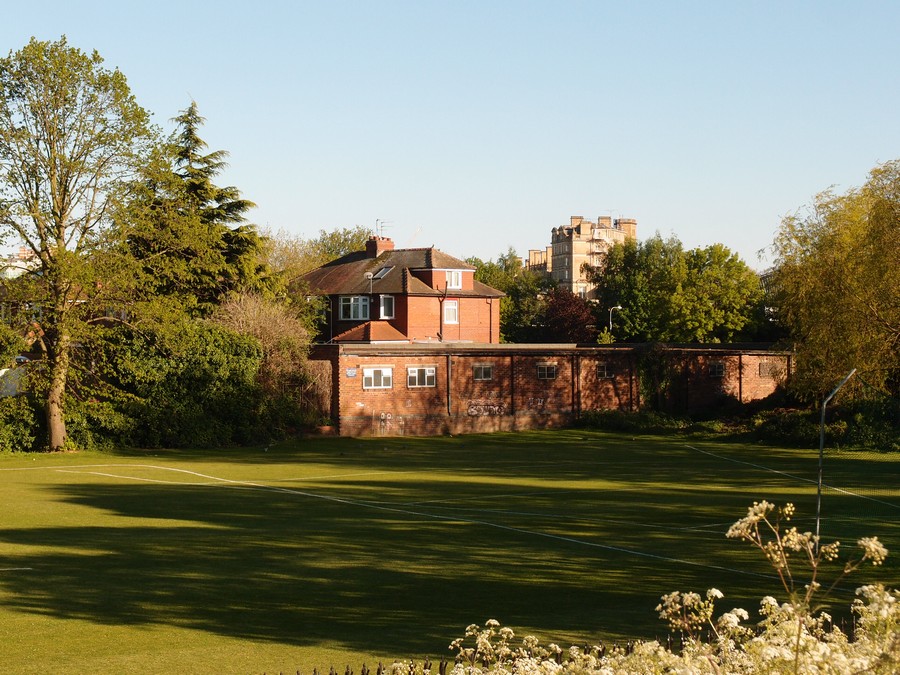 The old boat house. Side view, from the nearby floodbank, May 2017

There are quite a few comments in support of the planning application for the new house on this site, from neighbours mentioning anti-social behaviour around the old boathouse.

What do we know about the old boathouse? The planning portal info calls it ‘Archbishop Holgate Boathouse, Sycamore Terrace York’, presumably referring to Archbishop Holgate’s school. The sale particulars give its address as Almery Terrace instead, and according to this information it was formerly the boat house for York City Rowing Club. A book I have, published in 1989, mentions it in passing as York Canoe Club. Many different clubs and organisations using it over the years, it seems.

It’s not architecturally handsome, but it is linked with the city’s sporting heritage, with its relationship to the river Ouse, and like all buildings it will have its stories.

And, like other buildings round here, the club and the pub, it’s no longer a place visited and used by many individuals and groups getting together for social/cultural/sporting events. Instead its site is seen as perfect for residential development, for a new (and presumably very expensive) house.

So many people keen to live in York, and clearly some of them wealthy enough to afford desirable properties close to the city centre, hence the residential conversions.

But I wonder if our local areas might become rather dull if entirely residential in character. Places like the club, the pub, and this little old boathouse, have formed part of the interesting variety of our local areas, in decades past.

By Lisa @YorkStories • 16 January 2018 Buildings, Changes, Planning
Tagged  pubs
To link to this page's proper location please use the > permalink