Applications to fell trees at Stonebow House and St Cuthbert’s 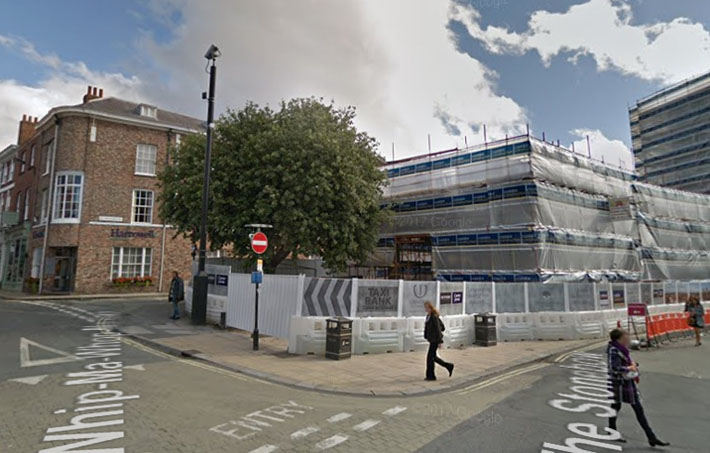 It appears that the city centre might lose another couple of its trees, if applications to fell are approved. Let’s start with this tree pictured above, on the corner of St Saviourgate, next to Stonebow House.

There’s an application to fell this tree because it gets in the way of plans for posh paving, part of the gentrification of Stonebow House.

This was a public garden area, and the tree is apparently owned by City of York Council. So it’s one of ‘ours’, people of York. If anyone would like to object to its proposed felling you can use that link above. Or there’s information on how to comment by email or post on this link to the council’s website. (Include the reference number: 17/03025/TCA)

If no one objects then the felling will probably be approved. It might be anyway, but we might feel we don’t want to just roll over and pander to developers. 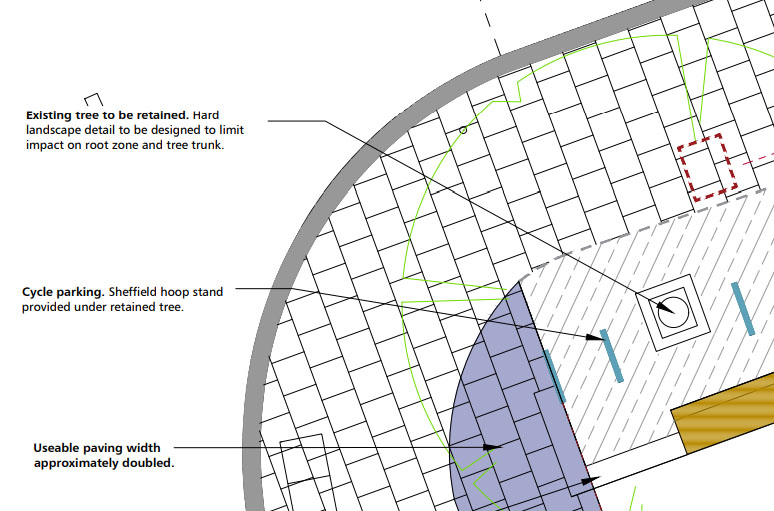 According to the tree report (via this link):

The original intention of the development was to retain the tree, however arboricultural investigations have shown that safe retention of the tree is unlikely to be possible without considerable alterations to the current design.

Maybe alter the current design then? Invest a bit of the no doubt enormous profits from this development into a bit more design work and a better solution? 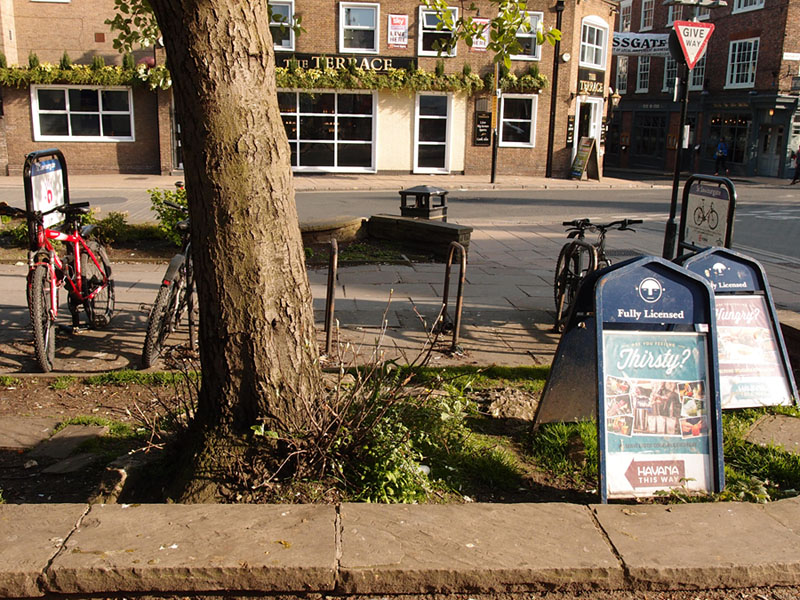 More later maybe on the ‘transformation’ of Stonebow House. For now we need to move on to look at another (particularly handsome) tree, nearby. 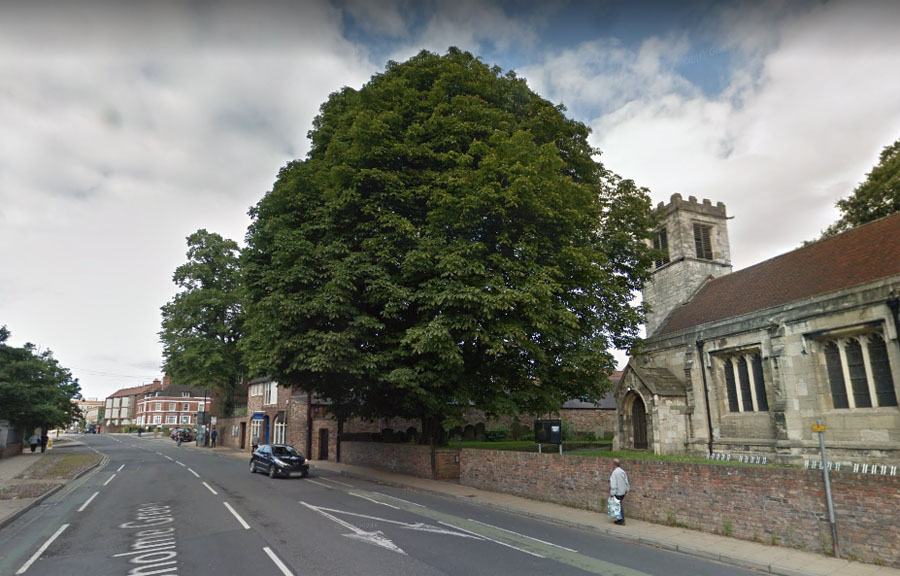 There’s an application to fell this tree too.

It appears that there’s no decision as yet, even though the application was made some months back (though perhaps a decision has been made and the document just hasn’t been uploaded – I’m trying to get clarification on this). There have been two objections lodged. If you’d like to add your own, you can do so via that link above. Or there’s information on how to comment by email or post on this link to the council’s website. (Include the reference number: 17/02534/TCA)

We’re back on familiar territory, in that I’ve written about the city’s trees so many times before, starting back in autumn 2011.

The application form and attached report (PDF) gives reasons for the proposed felling of the tree:

The tree is identified as mature/over mature, with evidence of direct/indirect root damage to the brick retaining wall. This has caused significant historical/recent movement of the wall forcing the upper section of the wall towards the public footpath and highway. Both these access routes are heavily used by pedestrians/vehicles.

After that it discusses reasons why the wall can’t be repaired instead, and then as an apparent afterthought mentions evidence of bleeding canker and horse chestnut leaf miner evident within the canopy of the tree ‘leading to medium to long term health issues’.

But any disease in the tree doesn’t seem to be the main reason being put forward. Even if it is diseased, can this not be managed without felling it completely? We’ve lost other mature horse chestnuts in recent years. It’s very sad. The canker may be a more serious issue but the leaf miner damage doesn’t as I understand it affect the overall health of the tree or make it unsafe.

While being completely aware that I’m not a tree expert, I’m reminded of the fact that the case of the Irton tree highlighted that different tree surgeons can have differing opinions on a particular tree and how to manage any ‘issues’, particularly those involving walls and drains and the like.

If any tree surgeons are reading this I’d be interested in their views.

I’m ill with some nasty cold/virus thing at present, and so haven’t been able to walk over to the other side of town to see if the poor old tree is still there, and to take some photos of it, but I do have a few from previous years. Including this rather pleasing one of the memorial cross in the churchyard with the church behind and the horse chestnut tree in question gracefully hanging over the scene. 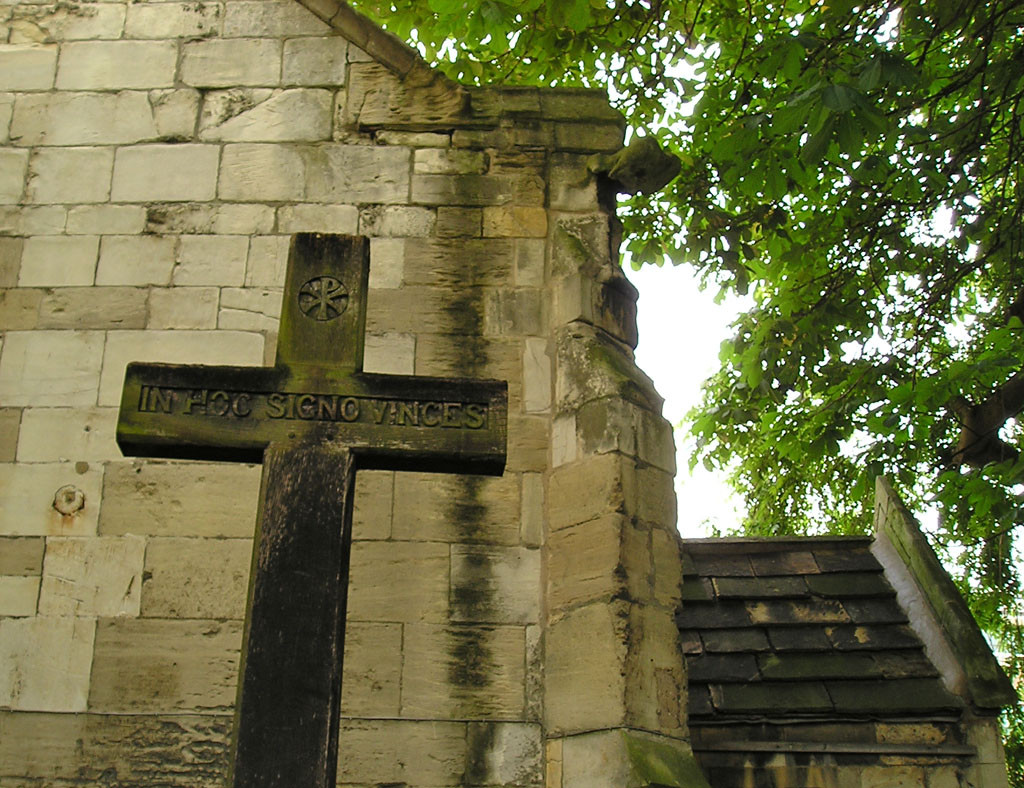 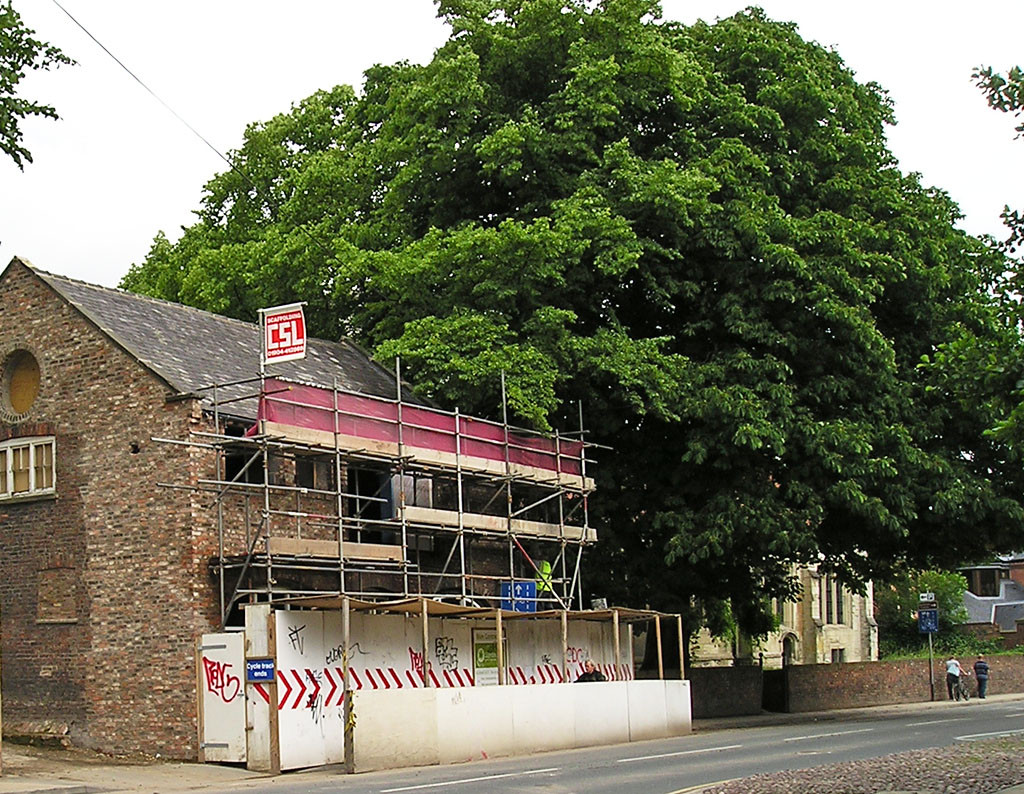 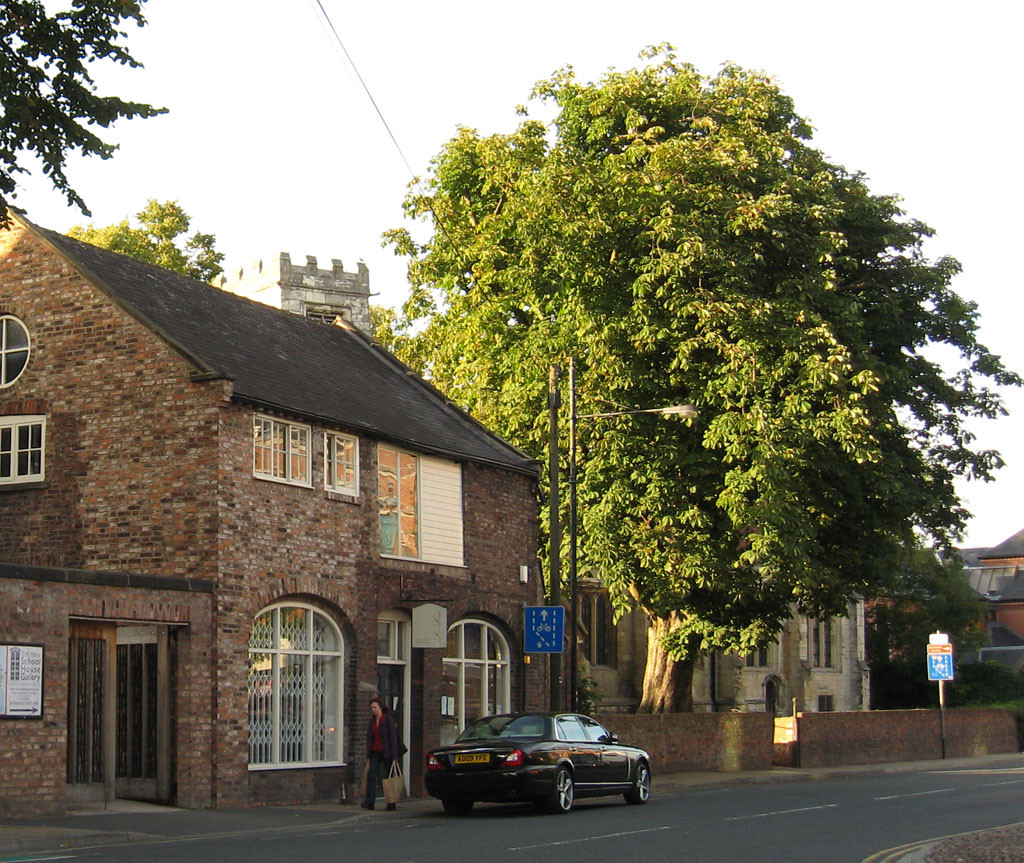 The application to fell the whitebeam at the corner of the Stonebow House site, referred to above, has been withdrawn. There were quite a few objections registered, including one from Cllr Dave Taylor.

As is usual, there’s no publicly available information on the reasons for the applicant’s decision to withdraw, just the standard document on this link. (Comments from objectors are also removed after a withdrawal or decision).

There will presumably be another application at some point, worth looking out for that.

By Lisa @YorkStories • 9 January 2018 Planning, Trees
Tagged  trees
To link to this page's proper location please use the > permalink