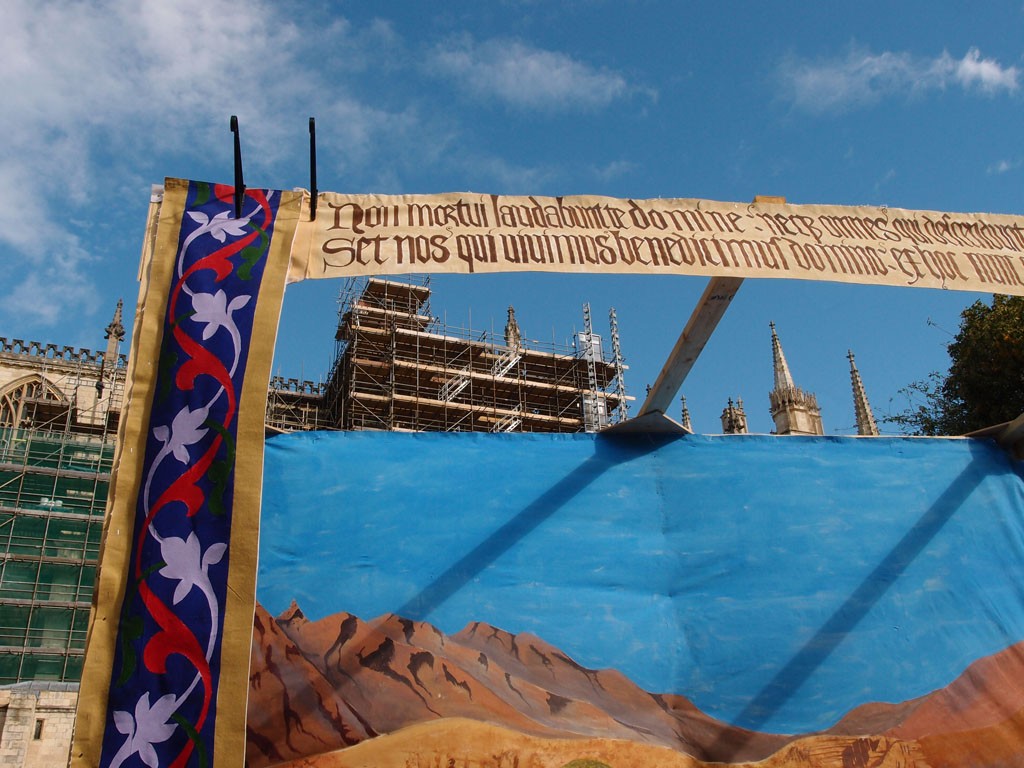 From one aspect of the city’s cultural heritage (its football team, and its base at Bootham Crescent since the 1930s) to another — its Mystery Plays (quite a bit older).

On a recent page I mentioned heading out from the city centre quite a lot recently. But the splendid once-every-four-years spectacle of the York Plays performed on waggons saw me heading enthusiastically towards town, to catch the start of this year’s production. And it brought, as it always does, a sense of deep connection to the place, but particularly this time, dashing down Bootham, that ancient road, through Bootham Bar, and then meeting the Minster, and finding the waggons and people gathered around it, by the south transept, on Deangate. I thought I’d share a few photos and thoughts. 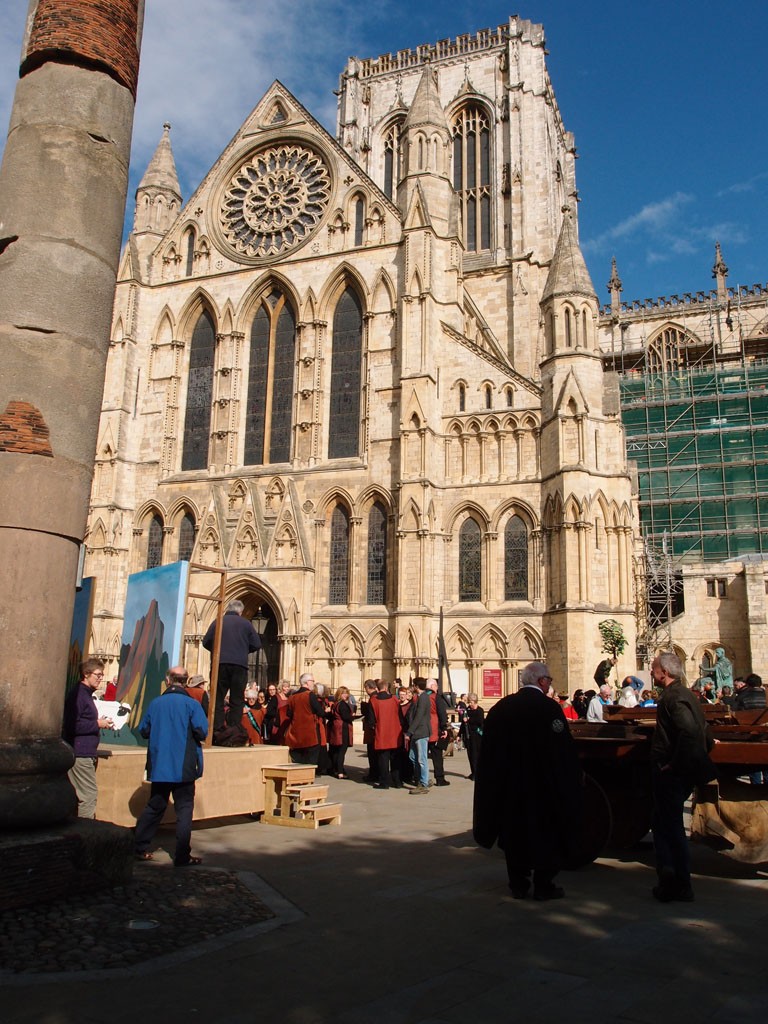 If you missed it on Sunday there’s another chance to see it all next Sunday. More details on the York Mystery Plays website.

I know that some people may be put off by the fact that these are religious plays, and because the language can be difficult. I’m not always sure what’s going on either, but these plays every four years are a wonderful thing to behold, and, I think, something everyone who loves/admires/feels a connection to the city of York should witness. 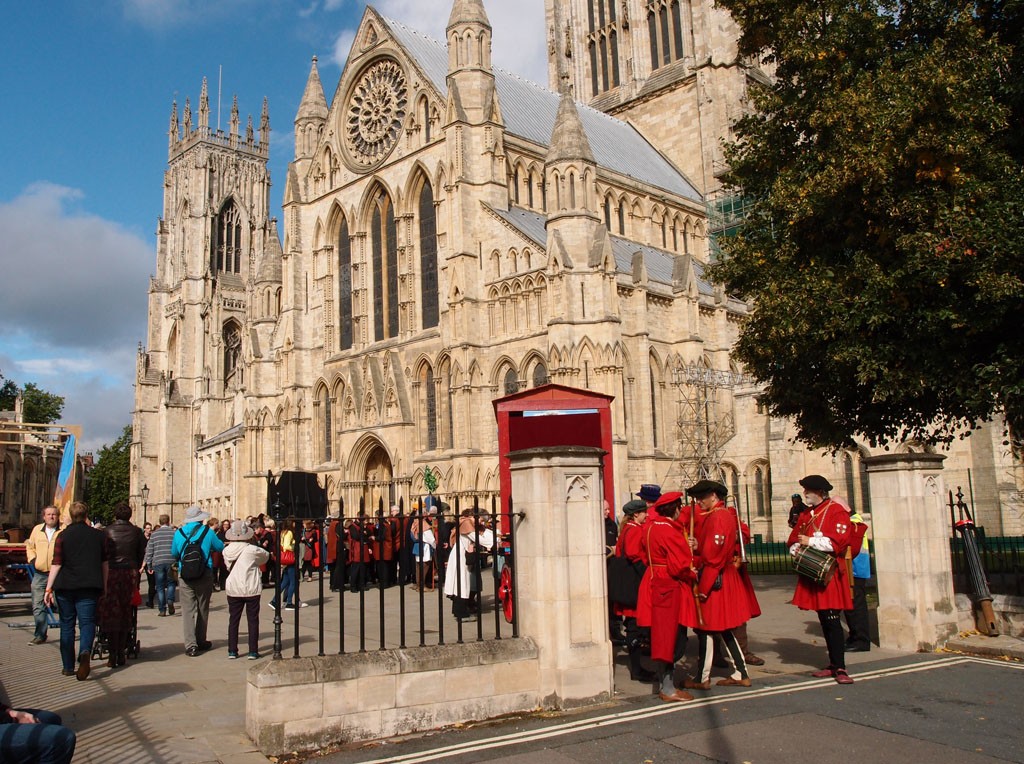 Because you can watch them for free, just turn up if you feel like it, and watch for a while, at various city centre locations.

Because of the movement — the moving between playing stations — with all that human-powered waggon shifting. 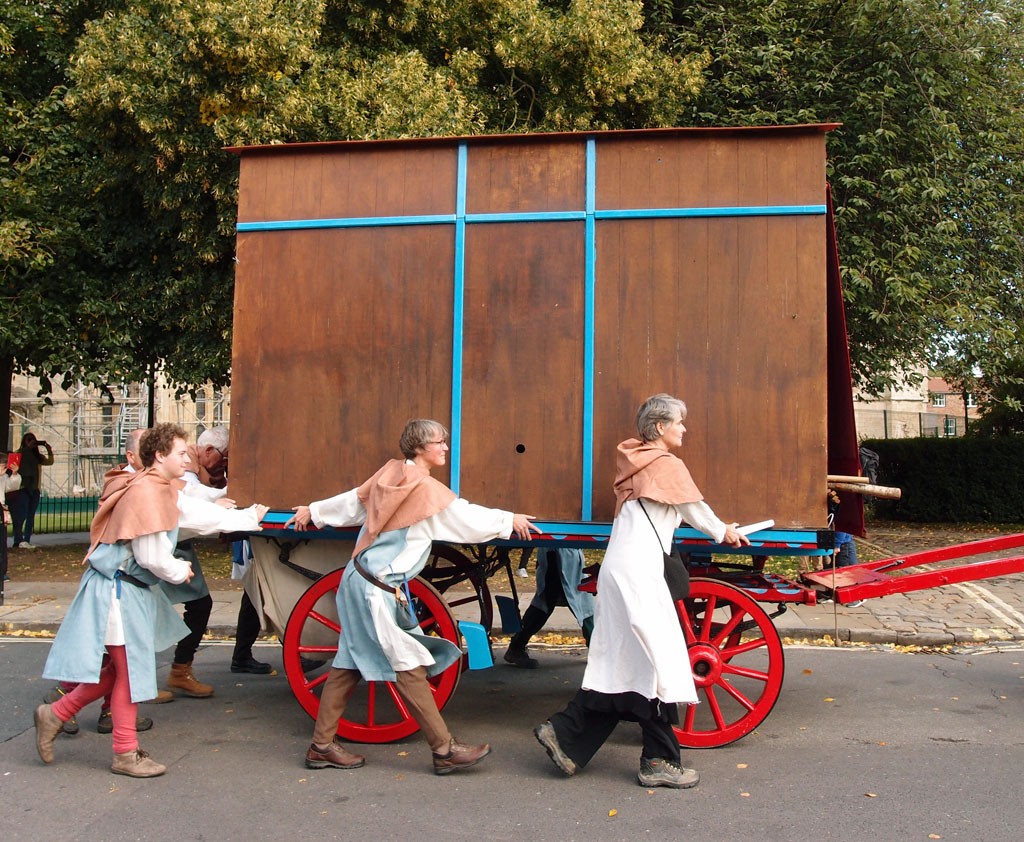 Because of the music — the York Waits, the choirs. And the sound of the language, the alliteration in particular.

Because of the colour and the costume, and the way the people of the plays mingle with the people in the streets doing their shopping, or heading for the bus stop. 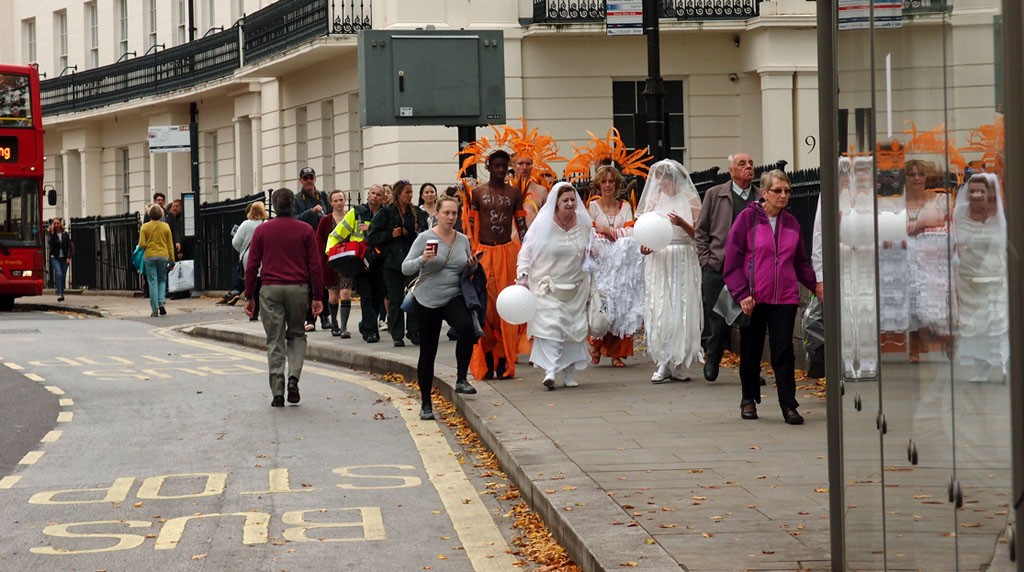 Because of the creativity these plays always demonstrate in their working with the constrained conditions of performing on and around a waggon.

And because they use tree branches as tools. 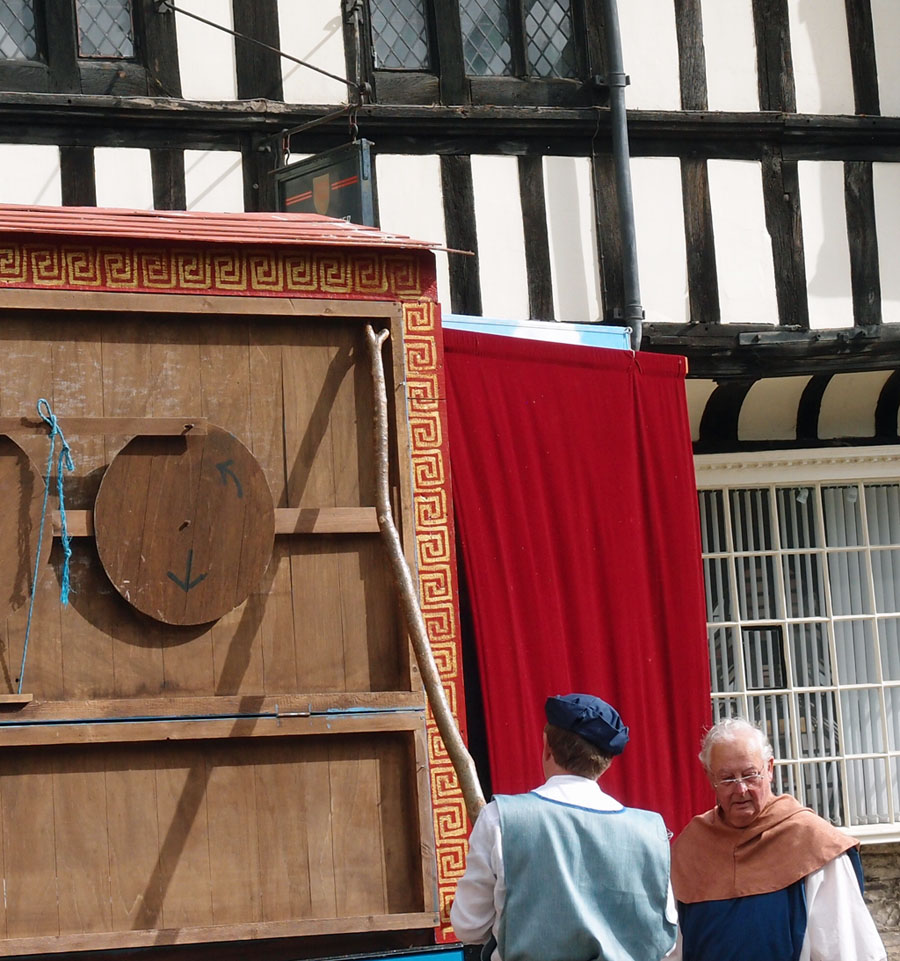 I’ve written about the Mystery Plays a few times over the years. Those pages are on this link.

This site — a resident’s record of York — is at present powered by virtual coffees. When time and energy permits I’m on a mission to continue to do my best to do the kind of thing I’ve done for many years, and perhaps do it better, and maybe more often.

Thank you for your support in sustaining this online resource.