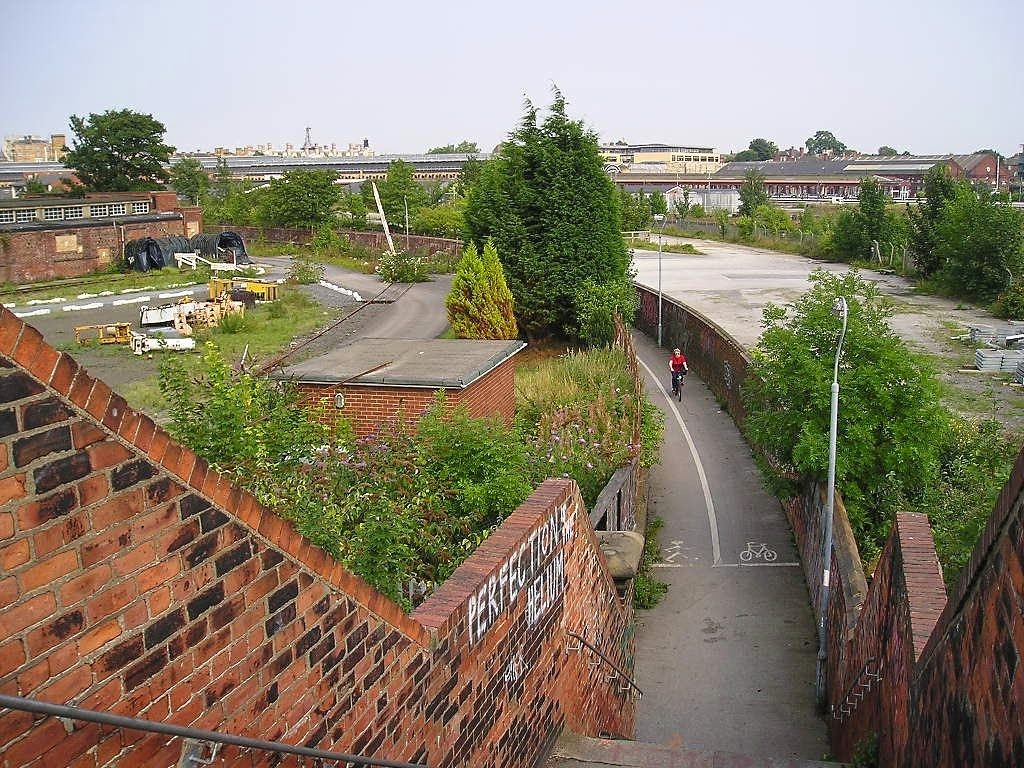 Residents wishing to make comment may have been put off by the questionnaire, which is very long and covers all aspects. It’s important to note that comments can also be made via email, to: yorkcentral@york.gov.uk

— which means you don’t have to go wading through all the structured questions on the questionnaire, perhaps covering aspects you’re not interested in.

I’ve been trying to draft pages on this for some time. I’m sure I’m not alone in finding it has been difficult to read and digest all the information and make comment within the allotted four-week period.

So it’s good to have the extension of time, though a couple of weeks more would have been even better.

Regular readers will know that I’ve wandered around and through the ‘York Central’ site many times over the years. Even before this website you’re reading began its ‘York Walks’ in 2004. I’ve just discovered in a drawer a set of photos from pre-digital days, from the mid-1990s, taken on and around Cinder Lane through the middle of the railway lands behind the station. More on that later perhaps.

For now, we need to focus on the present, and the plans for the future development of the York Central/teardrop site, which are likely to affect everyone who lives and works in York.

See www.york.gov.uk/yorkcentral for all the documents and more information on how to comment. I’m going to try to cover a few aspects of the site and the plans, which I’ll tag YorkCentral.

By Lisa @YorkStories • 15 February 2016 Plans & visions, Railways
Tagged  YorkCentral
To link to this page's proper location please use the > permalink