29 Castlegate provides an essential service to young people in York. This video from the website shows its welcoming interior, allowing a preview to anyone who might be a bit nervous about visiting, or for the rest of us who may just be curious about a place very much in the news at the moment.

There’s a petition running in response to proposed changes and cutbacks to services for young people in York, currently based here. The issue was discussed at a council meeting today but unfortunately we weren’t able to view the webcast or access the relevant documents on the City of York Council website as it has been offline all day.

It’s complex and involves many related aspects, but I just wanted to focus on the buildings/venue/location part of this.

As 29 Castlegate is council owned then it’s not surprising that they might want to find another purpose for it, or sell it. That the actual building isn’t crucial to the continued delivery of the services is the impression I was left with when listening to a discussion on Radio York this morning (here, at around 1 hr 49 mins in). One of the speakers stressed that there’s no particular need to stay in 29 Castlegate. I was reminded of recent responses to the Stonebow survey, where I asked people who frequent Fibbers whether they cared that Fibbers was moving from its original ‘home’ at Stonebow House. Most didn’t. Sometimes a particular venue, a particular building, really matters, and that’s the kind of thing I’ve often focused on in these pages. But of course it’s important to remember that sometimes the bricks and mortar part (or concrete and steel in the case of Stonebow) is irrelevant. What matters is the human element, the people within, and whether in gathering for a gig or visiting for advice, that they find the place can accommodate/serve as it should. And clearly 29 Castlegate did, but it’s also accepted that the service may have to move. But where to? 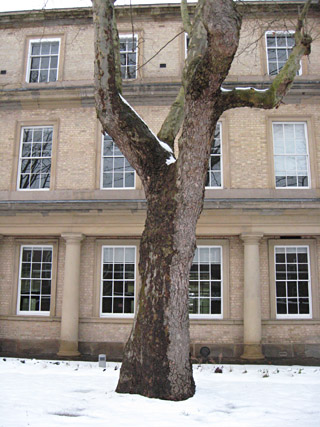 The council’s plan is to move the services to West Offices. This architecturally impressive and rather grand building has only recently become the ‘head office’ of City of York Council, but clearly it already has a certain atmosphere and associations, and it is rather huge and overwhelming. Not the kind of place young people in difficulties or in need of advice want to go? Places of this size and nature are intimidating and off-putting. I know, I remember.

I left home at sixteen, thirty years ago this year, in the spring. By the summer of 1984 I was in a bedsit, living independently. I returned to school, then left school, then later went to college, then to university in Oxford. All of that was made possible because of a local network of support there to catch me at the crucial time. The youth service workers – individuals whose names I still remember and will never forget – helped with not only the emotional issues but the practical issues of dealing with school officials, benefit entitlements and the like.

At that time, initial contact was made through visiting Off the Streets, an informal kind of place based where Carecent still is, in rooms behind the Central Methodist Church on St Saviourgate. The venue may have been church funded and supported rather than council funded as 29 Castlegate is – I’m not sure – back then, I wouldn’t have given such things a thought. The point is that the initial contact is so important. I found support because I was able to visit a friendly place, not intimidating, where I found people who could help, and were able to guide me through the system so I could access other services and get on the right track.

A lot has changed in thirty years but I’m sure the basic needs haven’t changed. Crucial support services for young people need to be approachable, accessible, to be in the right place. Probably not West Offices.

It’s a lovely building, a building I wrote about in a rather emotional way after visiting it on an open day in early 2013, and as I wrote then, it means a lot to me. But then I’m a woman in her 40s, not a sixteen year old. At the time I was glad it had been saved for use by ‘all of us’ rather than being turned into another hotel, but I’m glad I visited it then, before the council services had moved in, as at that point there was a ‘wow’ factor, when it was clean and new and free of signage and the like.

Later I visited to do something boring and ordinary, when the place was properly occupied by the council. I needed parking permits. Previously I just popped into the building on St Leonard’s Place, went into a small office right next to the door, talked to the person at the counter, handed over the relevant document and my money, got a book of parking permits and was out of the door in a few minutes. At West Offices, for the same thing, I got a numbered ticket from a machine, walked into the vast open plan space, sat in a particular area, waited for my number, ended up going to a desk I walked past a few minutes earlier. The member of staff had to go to another desk to get something or other. It all took much longer, was unnecessarily elaborate, and that was just to buy one book of visitor’s parking permits.

I really can’t see how West Offices can ever replace 29 Castlegate. A tweet today imagined how it might work:

By Lisa @YorkStories • 7 October 2014 Opinions, thoughts To link to this page's proper location please use the > permalink.