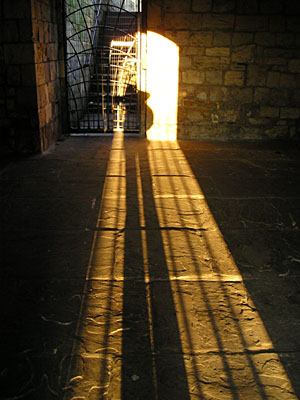 As previously mentioned, it’s ten years this month since I started my wanderings around York with a digital camera.

To mark this I’m revisiting, taking photos in 2014 of particular buildings and views first pictured in 2004, to see how they’ve changed. Using the same camera I used back then.

The old camera seems to work only with the smallest/oldest memory card I have, which I think is probably the card it arrived with, in late 2003. So the photos won’t be massive, and the revisiting walks will be kept quite short, but I like the idea of taking the same camera to the same places to record what has changed, a decade on.

There are other plans too, for revisiting further back, with a different camera. More on that story later.

Other things have changed, are changing, too.

But for now, let’s go for a winter wander by the Foss.

Perhaps while listening to Walk it Back, by REM.

Lisa @YorkStories is the creator, administrator, and writer of content on www.yorkstories.co.uk. She can be contacted on this link or via Twitter, @YorkStories
View all posts by Lisa @YorkStories →
Tagged  2004-2014
To link to this page's proper location please use the > permalink