She’s a girl of York city

Memories of a 1930s childhood in York, attending Scarcroft School, playing on the Stray, and skipping games. By Audrey, who now lives in the US. 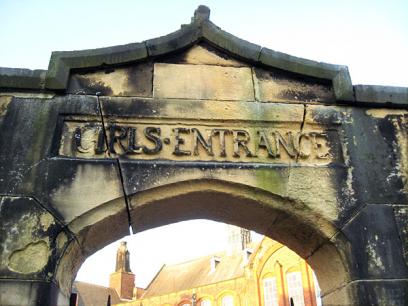 I went to Scarcroft School, remember lovely miss Pollock there. My mother bought the Arthur Mees encyclopedias for us 10 of them full of stories, history, poetry, geography etc. all made interesting and well illustrated. Miss Pollock loaned it a book at a time and gave me a little globe of the world as a thankyou.

Gym was a series of exercises then, arms up arms down, etc. but we worked off steam at least. Scarcroft with its swings outside the school was a meeting place, waiting for a turn on a swing. Many a child has had its head banged by going too near when they were all in action, which was most of the day time.

We had bags of glass marbles which were played for in holes scooped out of the ground near the swings. The lovely coloured glass ones were prized. I hated losing mine to the winner and so often did! My favourite game was playing ball games against a wall. Sets of 4 throws each different. Drop the ball and you were out and the next girl took over. Adding claps and rolls with our hands so the game got harder. 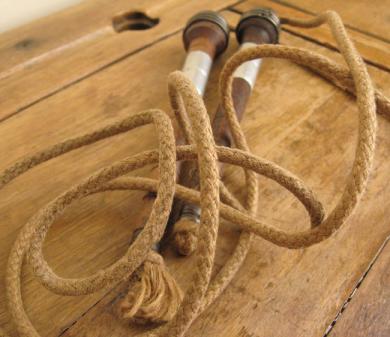 We had long skipping sessions too, the long rope taken in turn by two girls and everyone skipping in and trying to get out without tripping the rope. The rhyme – ‘the wind, the wind the wind blows high, the rain comes scattering down the sky, she is fair and she is pretty she’s a girl of York city, may I tell you who is she’ (a girls name was called and she was held inside the group) everyone chanting – ‘he took her down the lane, he sat her on a seat, said my darling, wont you marry me?’ – a name was chosen and more singing – ’she said tomorrow, he said today, lets take the coach and horses and all run away.’

The Yorkshire Film Archive has some charming film clips depicting childhood in decades past, available to view online.
Free to Grow Up (1956) shows children at New Earswick Primary School, near York, in their PE lessons.

By Lisa @YorkStories • 21 August 2012 Memories To link to this page's proper location please use the > permalink.