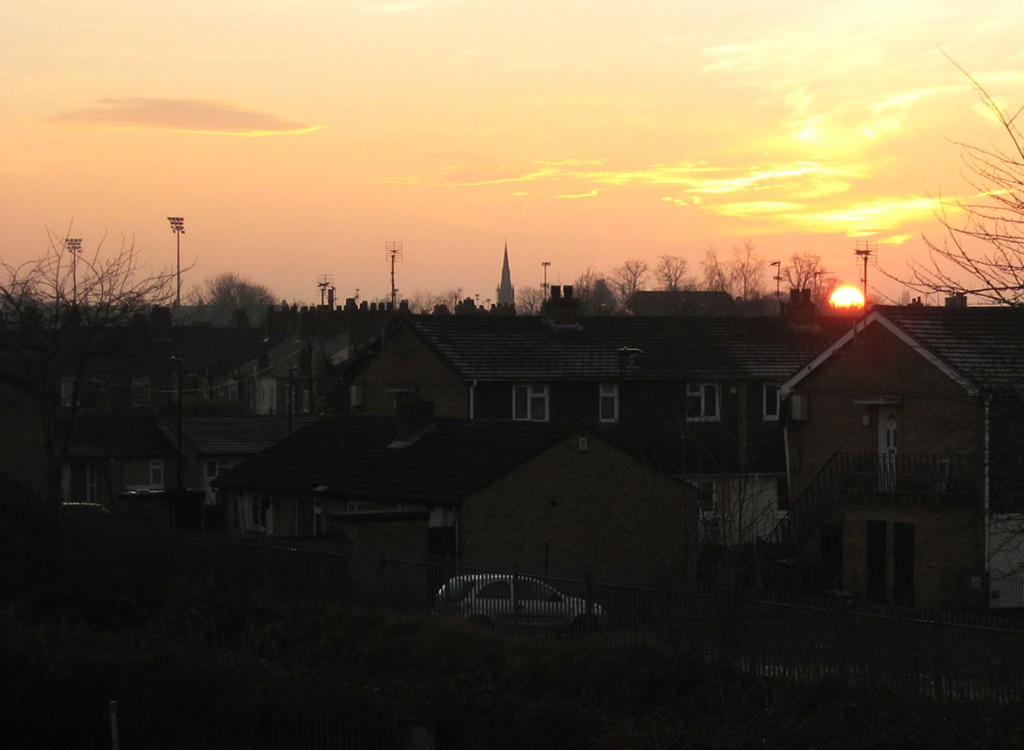 The photo above was taken from Crichton Avenue bridge, looking across the Clifton area of the city, in January this year. I’ve included it as the first image because this skyline, so familiar to me and many others, has since lost something. To the left, silhouetted against the sunset sky, are two of the floodlights that lit the Bootham Crescent football ground for so many years.

I’m writing this at 7pm on the last day of December. Technical difficulties and other issues earlier mean I won’t be able to send out a mailing list email about this, or the previous page, so perhaps no one will realise it’s here and read it, but I thought I should make the effort anyway, as this end of year review is now a tradition.

Also, there were quite a few things I wanted to add to these pages and didn’t, so this seems like a good time to at least give them a brief mention.

In January, plans to build a multi-storey car park at St George’s Field were approved – part of the wider Castle Gateway plans. (Approval doesn’t mean it will happen, as this proposal was seen as controversial, and sparked debate and disagreement, which continues.)

At the heart of the Castle Gateway plans is of course the castle – Clifford’s Tower – which back in February was surrounded by an impressive scaffolding structure. 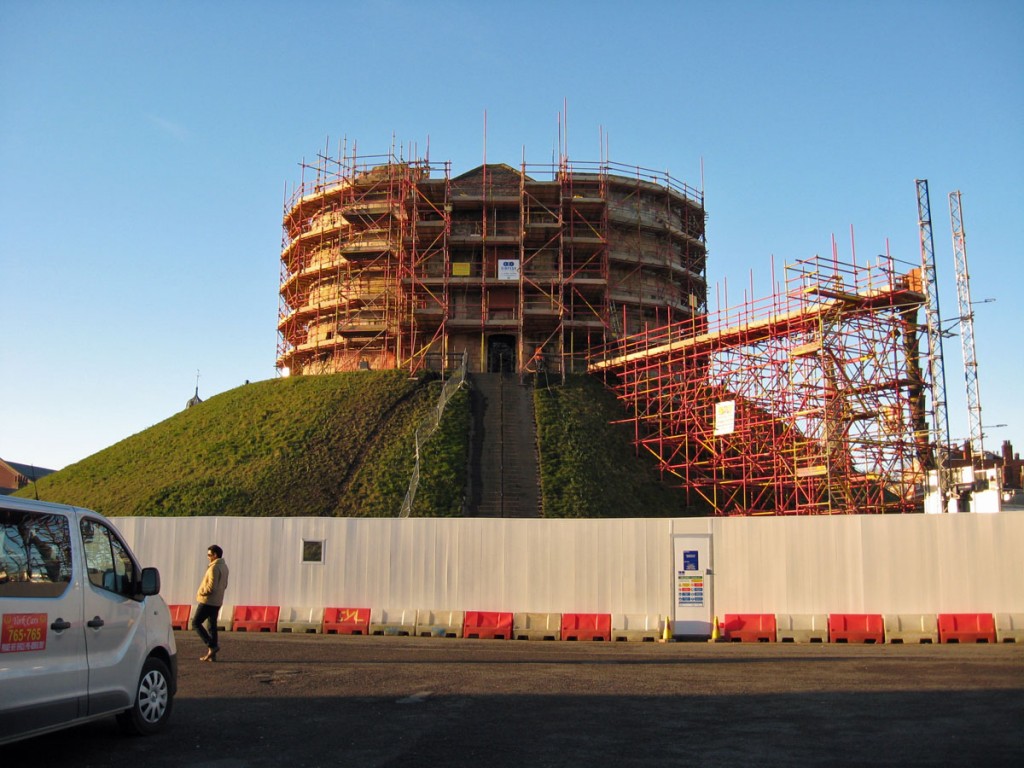 Major conservation works to the tower’s historic fabric have been taking place, alongside the installation of a new free standing roof deck.

In February came ‘the most shameful and absurd decision any committee has ever made‘, according to the author Terry Deary. Quite a claim. He was speaking to BBC Radio York, in response to a planning committee decision to refuse plans for a ‘Roman Quarter’ on Rougier Street. ‘They have put a knife into the city,’ he said.

I’ve just looked at a draft page I did on this, which didn’t get finished and published. I want to just include a couple of images from it.

This is how the end of Rougier Street looks at present (photo taken one evening earlier this year when I was up that way looking at the Triangular Gardens): 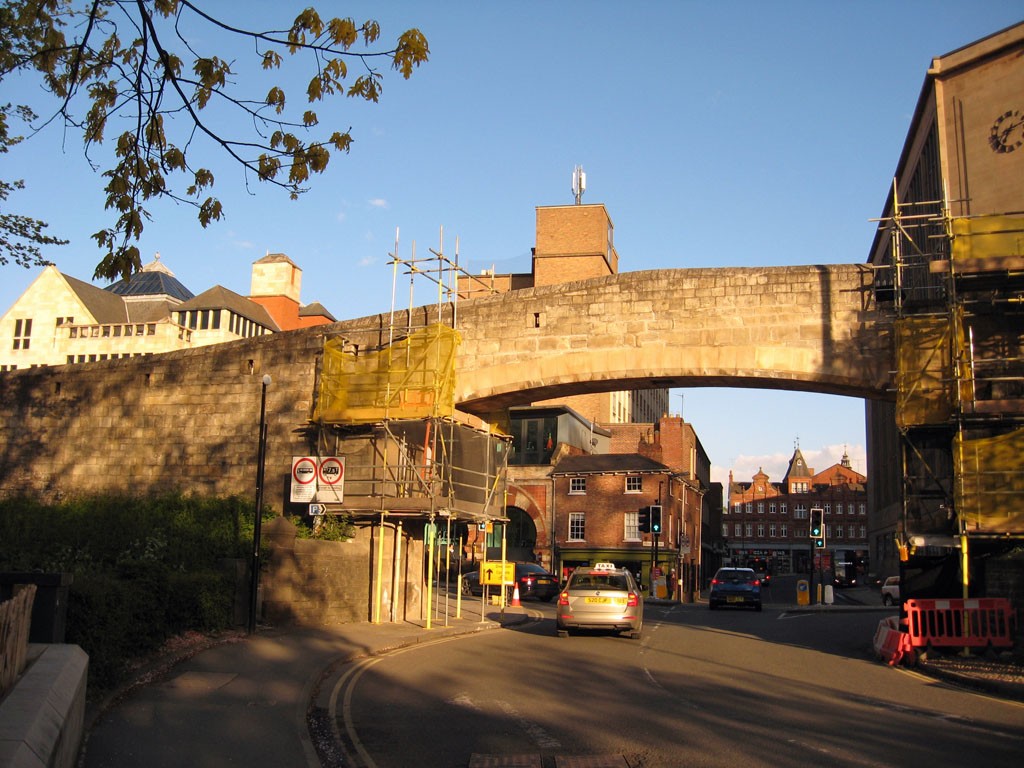 As you pass through the archway in the city walls, this is what would greet you if the Roman Quarter proposals had gone ahead. 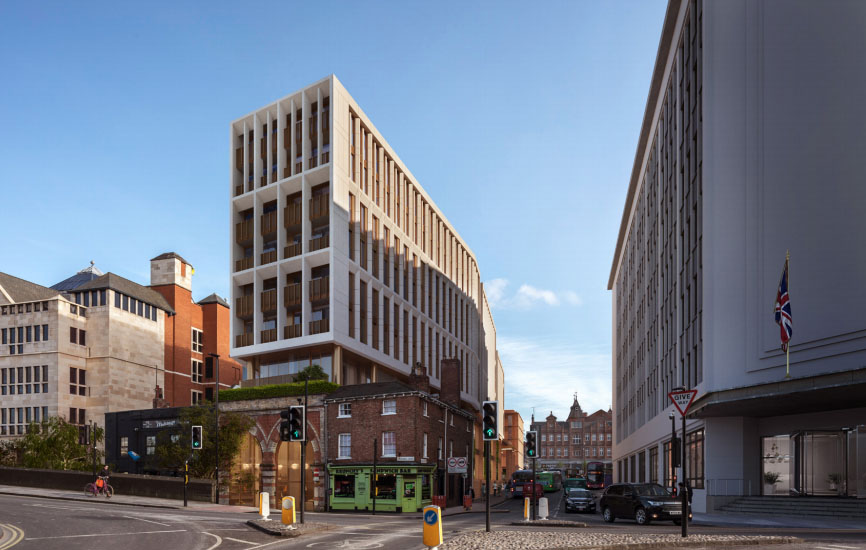 What had been proposed … Roman Quarter (Image: planning application documents)

Presumably the massive great bit on the top was intended to finance the interesting bit underneath. Glad it wasn’t approved, and still surprised at Mr Deary’s hyperbole, all these months on. As far as I know he doesn’t live in York so wouldn’t have to see the huge thing as often as we would.

Anyway, moving on. It was spring next. 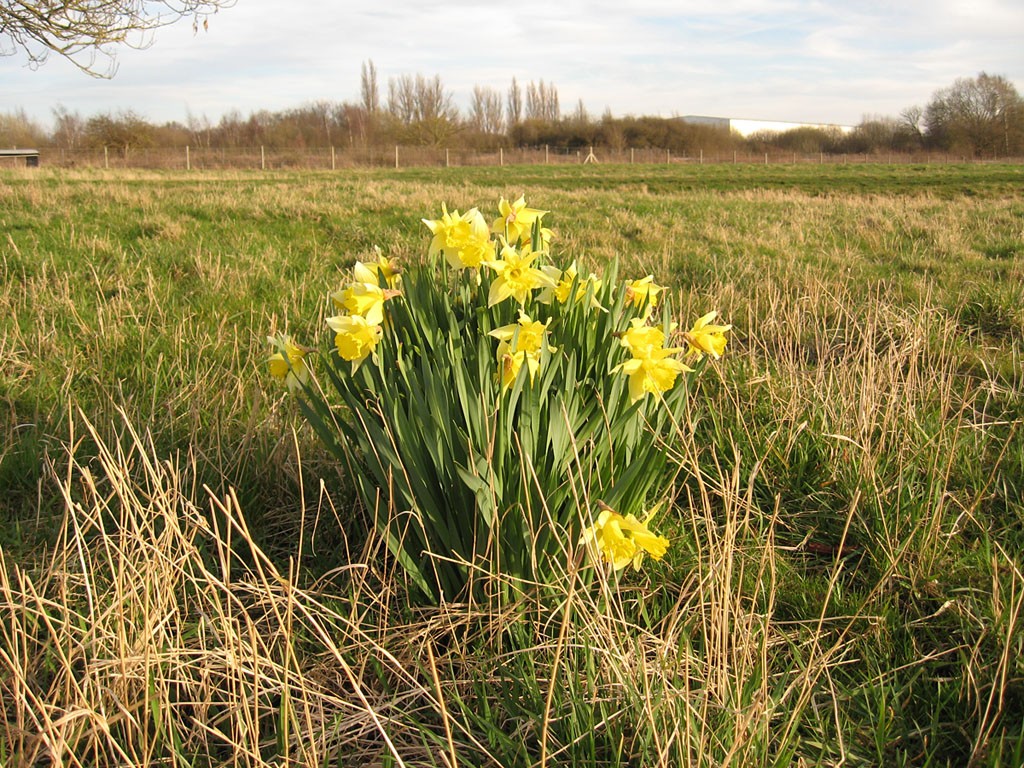 Daffodils on the bar walls are a familiar sight, and have clearly been deliberately planted in that city centre location. But it’s always interesting and a bit odd to see tidy clumps of large-flowered daffodils in more remote locations. These were a surprising sight in the middle of Bootham Stray, a clump of yellow standing alone in what was otherwise a landscape made up mainly of grass and nettles. Presumably deliberately planted here by someone. Or perhaps brought in in soil dumped from somewhere else.

Back to the built environment, moving on into April.

In recent years the city has seen many blocks of purpose-built student accommodation built, and although it might have seemed like there must now be enough to satisfy demand, apparently that’s not the case, with plans for more still being considered. In April plans for another new block – on the former Plumbase site on Fawcett Street, came before the planning committee. Concerns were expressed about ‘teeny tiny rooms’. The application wasn’t approved, but deferred. It came back before the committee again during the course of the year.

Also in April, the floodlights at Bootham Crescent came on for the final time. Those of us living close to the ground perhaps thought that we’d already seen the last dimming of the lights before that, with the disruptions caused by Covid meaning that there wasn’t an obvious farewell game. For those of us who cared, fans, and neighbours, this final switch-on was significant and important. And also very nicely done. (As reported in yorkmix.com.)

In May … oh lovely May. I had some notes about things I could include, but … 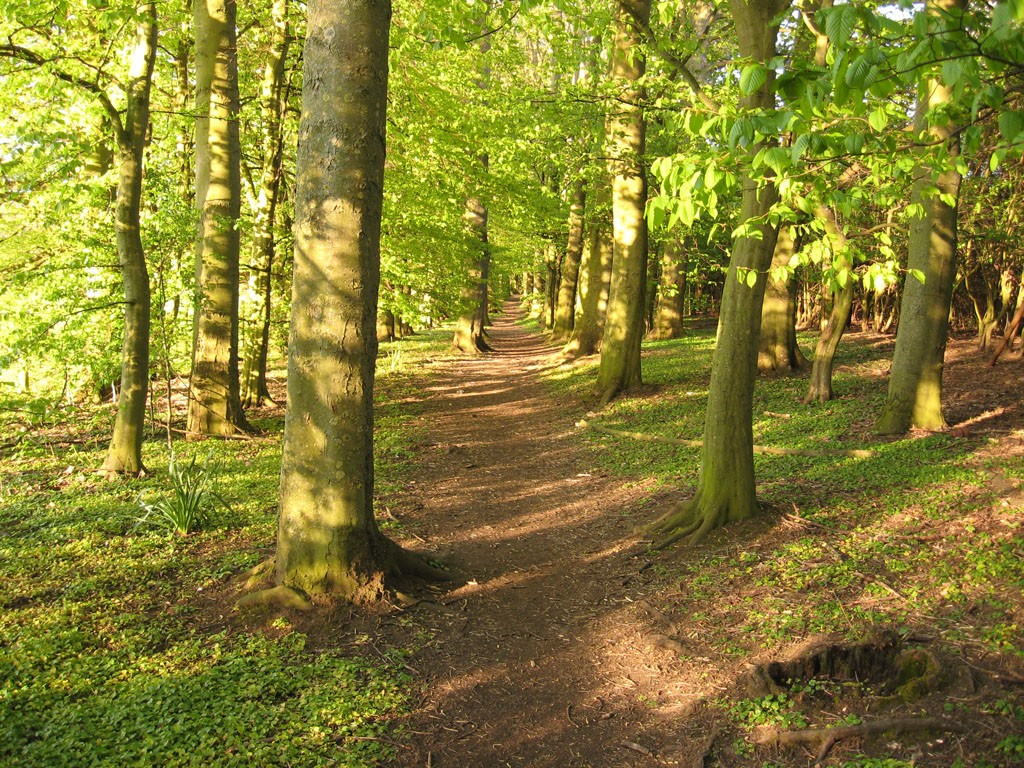 … it was May, and it was green and lovely, as it always is.

I wrote a flurry of pages back in May.

In June, the plans for student accommodation on the former Plumbase site on Fawcett Street were back with the planning committee. Though the officer report recommended approval, the committee voted to refuse.

In July, after their last switch on back in April, the Bootham Crescent floodlights came down. Lowered slowly onto the now meadow-like long grass of the pitch. Such a familiar part of the skyline, and so familiar to me after so long living nearby. It took some time to adjust to their absence.

In August, the Press reported that a new area of woodland near Knapton in York was to be named York Community Woodland. It’s a place I’ve wanted to cover here on York Stories but haven’t got around to yet. More information on this link.

In September, plans for the former Plumbase site on Fawcett Street were back with the planning committee again …

Away from the buildings, I find I appreciate more and more a walk by the Foss, and had a pleasant stomp down this way in September. 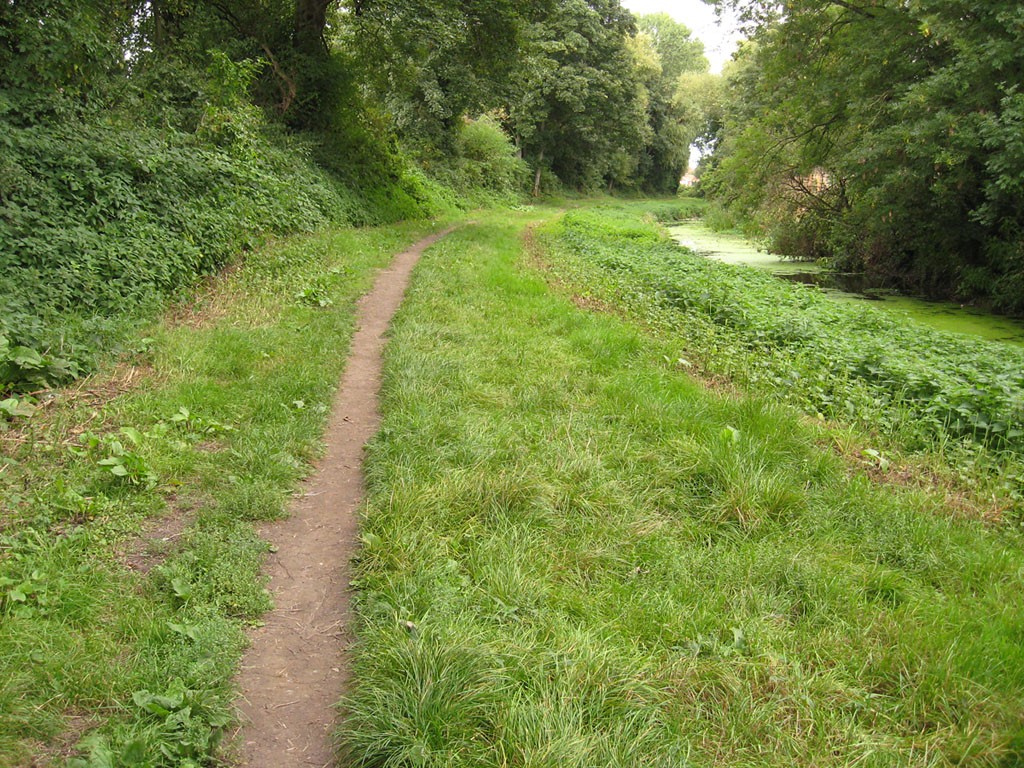 In October, plans for the closure and redevelopment of part of the Barnitts shop on Colliergate were approved, having been deferred at an earlier planning committee meeting.

The Barnitts store on Colliergate remains, and clearly that’s the most important thing.

Early on, I looked at the plans to turn the former Drill Hall into townhouses and apartments, and it looked like just another development of more cramped housing with not much light, which was a bit disappointing. It has been suggested to me that it would make a good music venue. Makes sense. We’re rather lacking in those now, here in York. But perhaps not financially viable.

In November, plans for more student accommodation went to the area planning sub-committee. On this occasion, not in the former Plumbase premises on Fawcett Street, but at the Castle Howard Ox pub on Townend Street, off Clarence Street. The application was refused, despite the officer recommendation to approve.

Moving on to November. In November, and at many other times through this year (and previous years), I walked through Bootham Park. 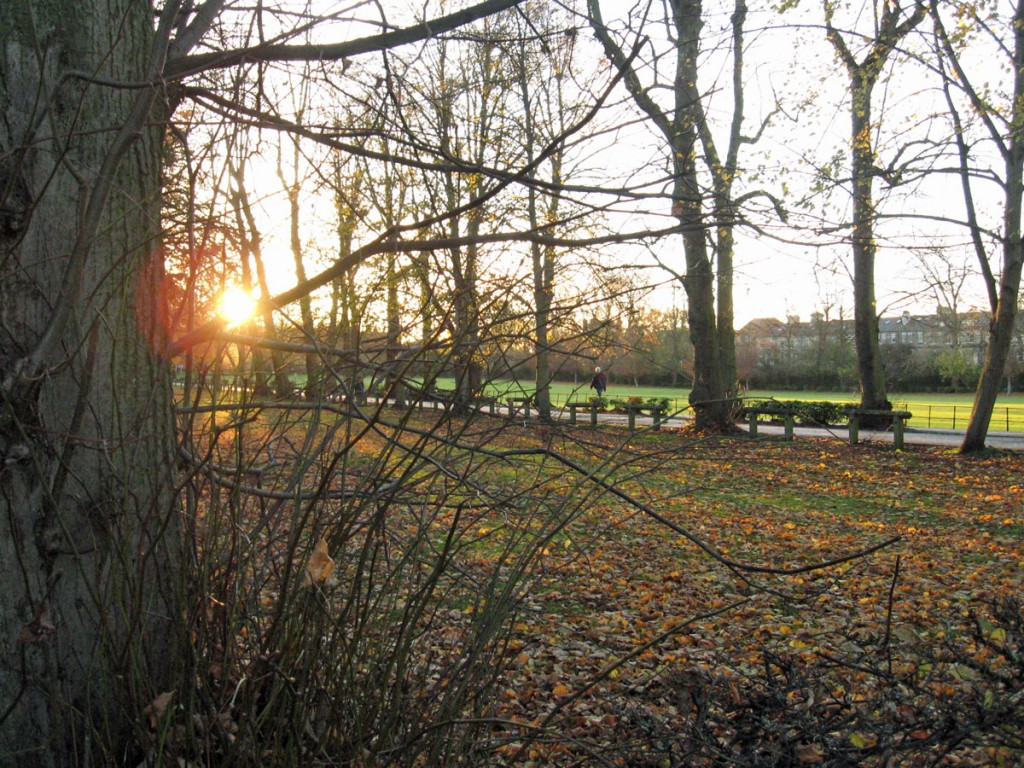 I was trying to get a better sense of the plans for its redevelopment, as discussed in a page earlier this year, particularly in regard to the loss of trees, and what looks like an unreasonable amount of car parking proposed, for a site so close to the city centre.

In December, the planning committee approved plans for the Cocoa West development, as mentioned on the previous page.

The same committee meeting discussed a planning application for the former Mecca Bingo building on Fishergate – replacing it with purpose built student accommodation – 276 rooms. The application was deferred.

Presumably still a lot of money to be made from providing purpose-built student accommodation, hence the high number of applications still coming in, for various sites, and the way that the former Plumbase plans kept coming back through the year.

Away from the buildings, sidling gently into December’s quietness and its winter skies, and the tree branches against them. In December, doing my best to appreciate all the local and good things, as I always try to do, I had a walk up to Clifton Park to hug a couple of old beech trees and watch the sunset to the west. 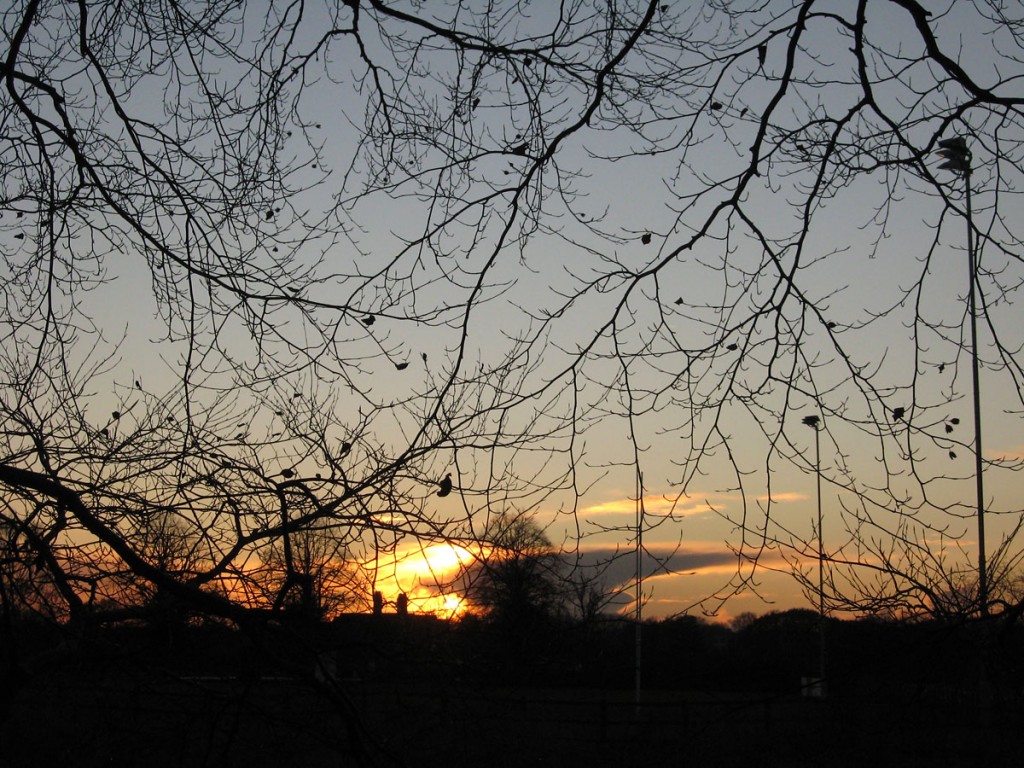 Thanks to everyone who has supported the site this year with virtual coffees, and added comments with information and memories. I also appreciate the good work of the local journalists and local democracy reporters who have so helpfully covered the many planning applications this year and continue to keep us all informed.