Mr Maslen wasn’t impressed at all with the city walls, and suggests that the citizens stop repairing them, so that when they fall into ruins they can be cleared away and a wide promenade put in their place. The wall walks, he reckons, are dangerous for invalids, who may turn giddy up there. And besides: 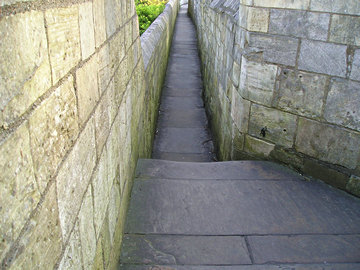 ‘Of what use was it to repair the ancient City-walls? What good did the citizens propose to reap from their being kept up ? … Any body can see that the old walls are a modern erection, for they have been rebuilt nearly from the ground ; and however the citizens may please themselves with the thought of having preserved the old walls, they cannot cheat antiquarian strangers into a belief that they are the old walls.’

He wasn’t the only one who saw the walls as a bit of an encumbrance. And while the funniest part is the suggestion that our walls are a modern fake, he’s partly right, as of course they have been repaired and patched up a great deal over the centuries.

York Minster and other places of worship

Mr Maslen was impressed with our Minster, ‘the glory of the kingdom’, but can’t resist messing about with it a bit. He’s also disgusted that the theatre is so close to the cathedral: 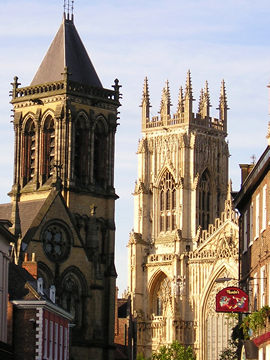 ‘A playhouse ought not to be allowed near the Cathedral, nor a Roman-Catholic Meeting-house.’

On the latter point, he would presumably have fainted at the sight of St Wilfred’s Roman Catholic church in Duncombe Place, erected a couple of decades later, which isn’t just near the Minster but appears to be in jaunty and confident competition with it, as you approach from Museum Street.

His proposed ‘grand avenues’ wipe out the medieval churches which get in the way. ‘There are twenty-four churches in this little City, which is just twelve more than it requires at present’, he says confidently.

He’d save St Michael-le-Belfrey, but it’s in the wrong place: ‘the little church of St. Michael-le-Belfry should be carefully pulled down, every stone being first numbered, and with the materials a handsome large church should be built in one of the quarters of my proposed new part of the City’.

‘Nothing could exceed the disappointment I felt the first time I saw York Castle’.

Though it was different in his day, and many of the buildings and walls he saw have been cleared since, I expect many modern visitors feel this way, having seen photos of Clifford’s Tower on its green and grassy mound, then arriving to find it rising up from the middle of a car park.

In case you’re thinking Mr Maslen was quite mad, some of his ideas were radical in the right kind of direction, to modern sensibilities. He wants to improve living conditions, and recognises the need for light and air and space in the places where we live – his vision for grand wide streets comes from that.

He suggests that orchards with apple and pear trees should be planted throughout the city, on any spare ground, and offers his 19th century version of our ‘city of parks’ idea: 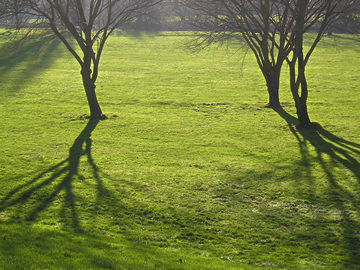 ‘A Park should be formed like a belt, half a mile wide, of open grass land, entirely round the City, cleared of large trees which might obstruct the view, but planted with clusters of small shrubby trees, the outer circumference of which should be surrounded with ornamental villas and detached cottages.

He also feels strongly that York should have a university. And that laws and financial penalties should stop builders erecting houses with rooms below a certain size. Many cramped terraced houses were built as the century progressed, and of course many were later demolished, as unfit for habitation. Sadly, we still build dwellings for humans that aren’t much bigger than rabbit hutches, and our recent building boom saw the rise of many tiny-roomed dwellings, the slums of the future.

In general though, we’d probably all agree that quality of housing and quality of life in general has improved massively since the mid-19th century.

Every generation wants to improve things further, so we have had many people since casting a critical eye over this venerable city, and have paid some of them for their views. The most recent report has been published for public consultation: 2011 vision: York New City Beautiful.

T J Maslen’s book is available to read via Google books: Suggestions for the Improvement of our Towns and Houses.

There’s a brief biography of the author on Malcolm Bull’s Calderdale Companion. He sounds like quite a character. As well as replanning English cities, and being an early advocate of decimal currency, he had also in the 1830s published a book detailing a planned expedition to Australia, including maps of how he thought Australia looked. See: Australian Rare Books 1788-1900 by Jonathan Wantrup, on Google Books.