In other ways, as the man speaking in this clip says of the railway lines he’s sitting near, ‘it’s all connected’: 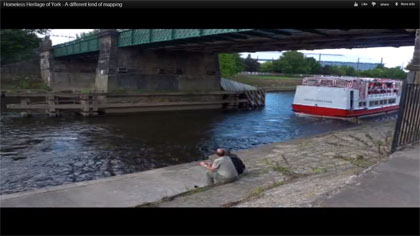 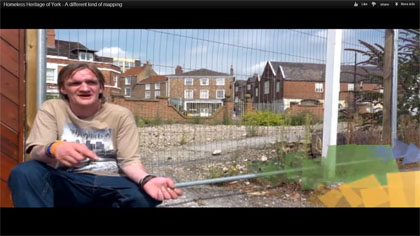 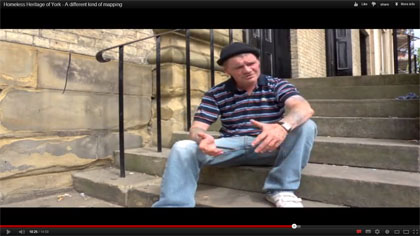 When I worked at King’s Manor, as mentioned above, I was typesetting books for the Council for British Archaeology. It was good to read, on the website for this project that ‘the CBA provided both financial support and help in promoting the first stage of the project in Bristol, and without their willingness to explore a new view of archaeology this project would not have been born.’ Brilliant work by them and by everyone involved.

Lisa @YorkStories is the creator, administrator, and writer of content on www.yorkstories.co.uk. She can be contacted on this link or via Twitter, @YorkStories
View all posts by Lisa @YorkStories →
Tagged  homelessness
To link to this page's proper location please use the > permalink