Then and now: Hudson House to Hudson Quarter 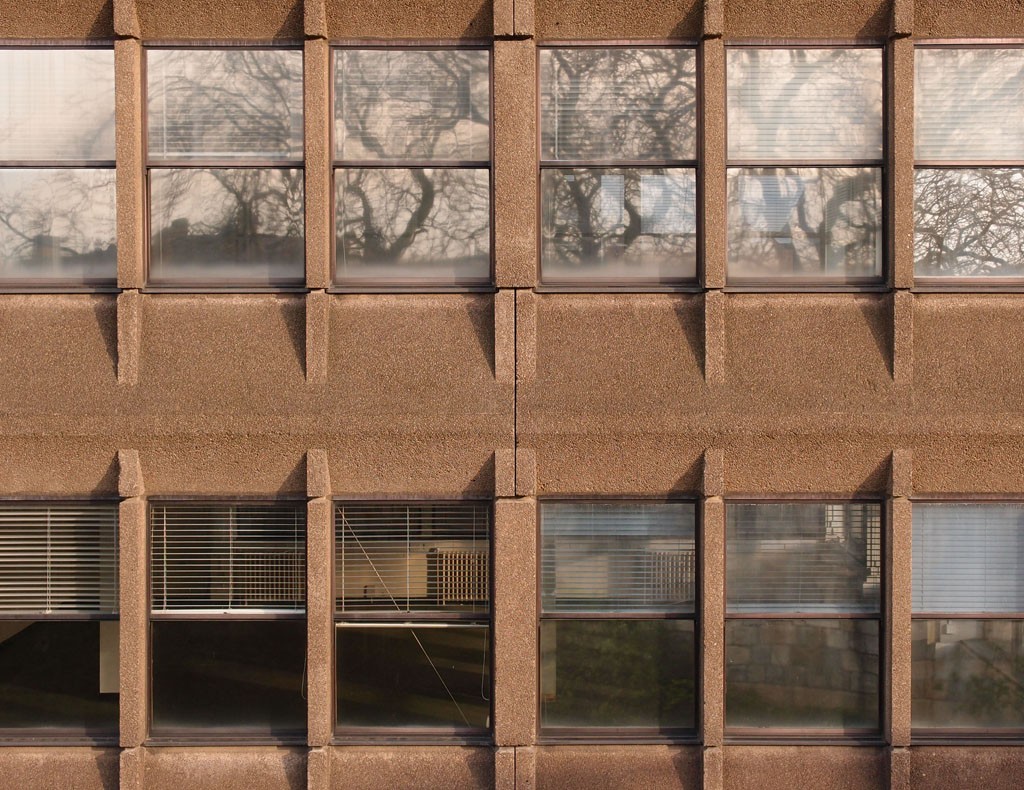 Regular readers of these pages may be thinking ‘Why does she keep going on about Hudson Quarter?’ Maybe people are thinking that I’m one of those influencers and that my influence is so enormous that the developers have offered me a flat in the building in return for my recent coverage of their development.

I’ve just found it all very interesting, from various angles/points of view. From thinking more about Hudson House and large office blocks like it, to following the lengthy process of its demolition and thinking about the history of the site it was on, then looking at what has replaced it.

We are moving on to other things, but before we do, I just wanted to include a few ‘then and now’ comparisons, which I’ve been looking at while compiling the previous page. It’s easy to forget what used to occupy a piece of land, once its replacement is built.

So here’s a reminder of the old Hudson House, from the city walls, looking towards town, five years back. 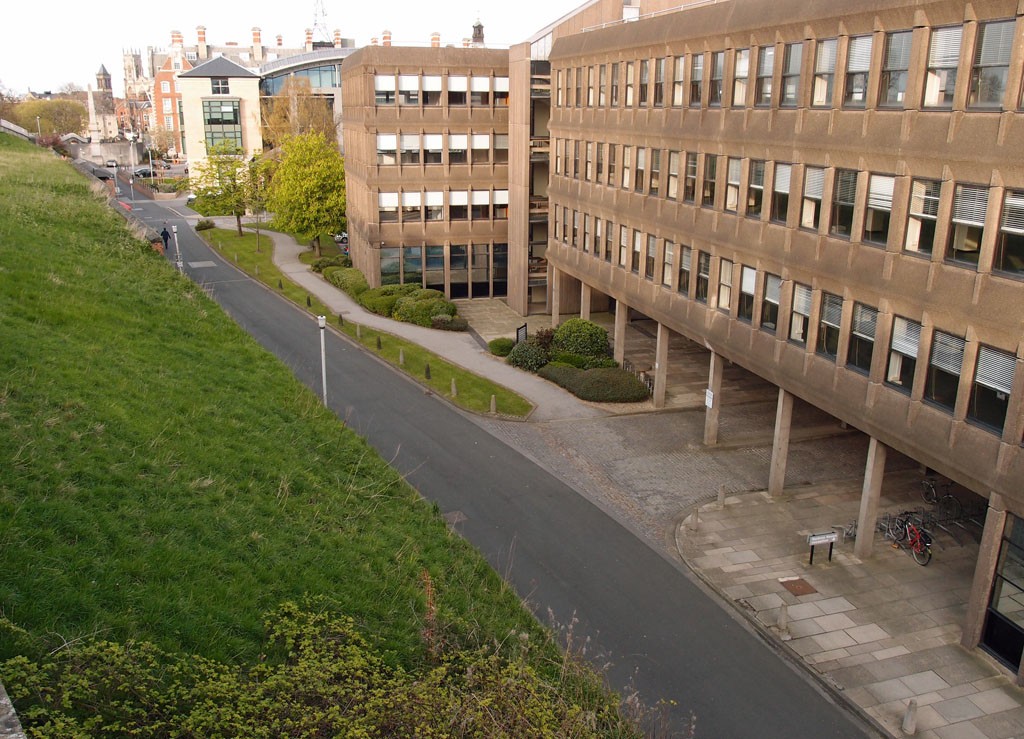 And here’s its replacement, from a similar perspective (not exactly the same place, a little further along the city walls). 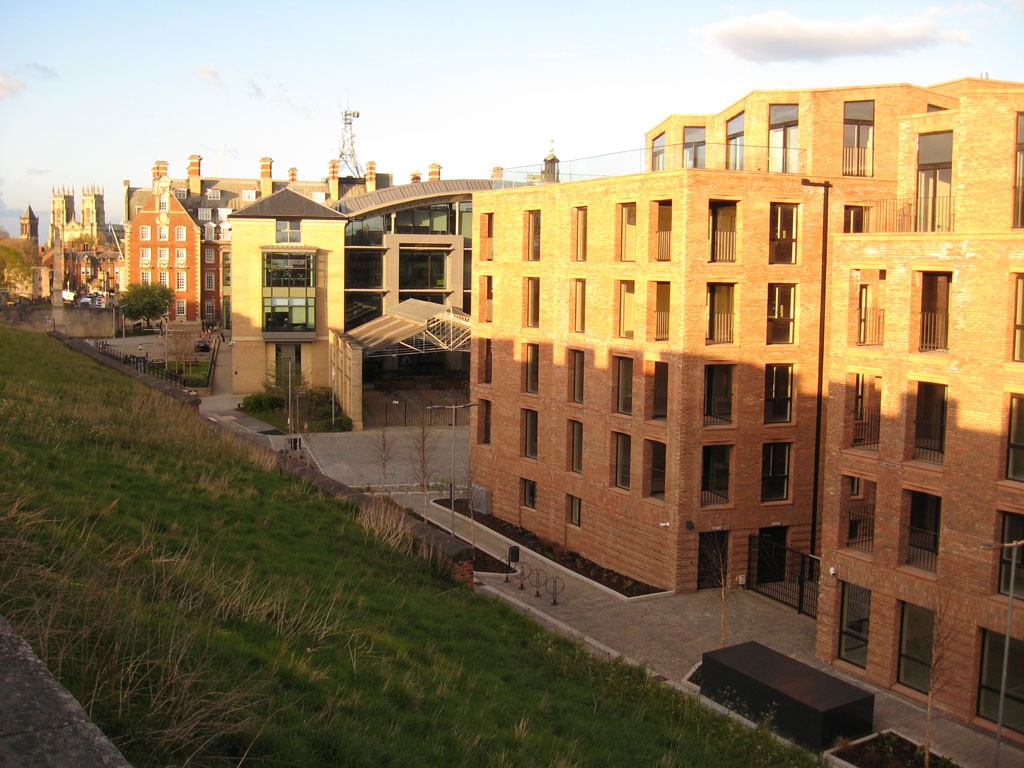 Hudson Quarter and West Offices, May 2021

From a bit further back, before this point, it appears that more of West Offices is blocked from view than was the case previously, as the Hudson Quarter buildings seem a bit closer to the edge of the access road than Hudson House was. (See the sixth photo on the earlier page.)

As I mentioned on the previous page, there has been some work on the repaving of the access road. The photos from some years back, looking down on it from the walls, have reminded me how it looked before. 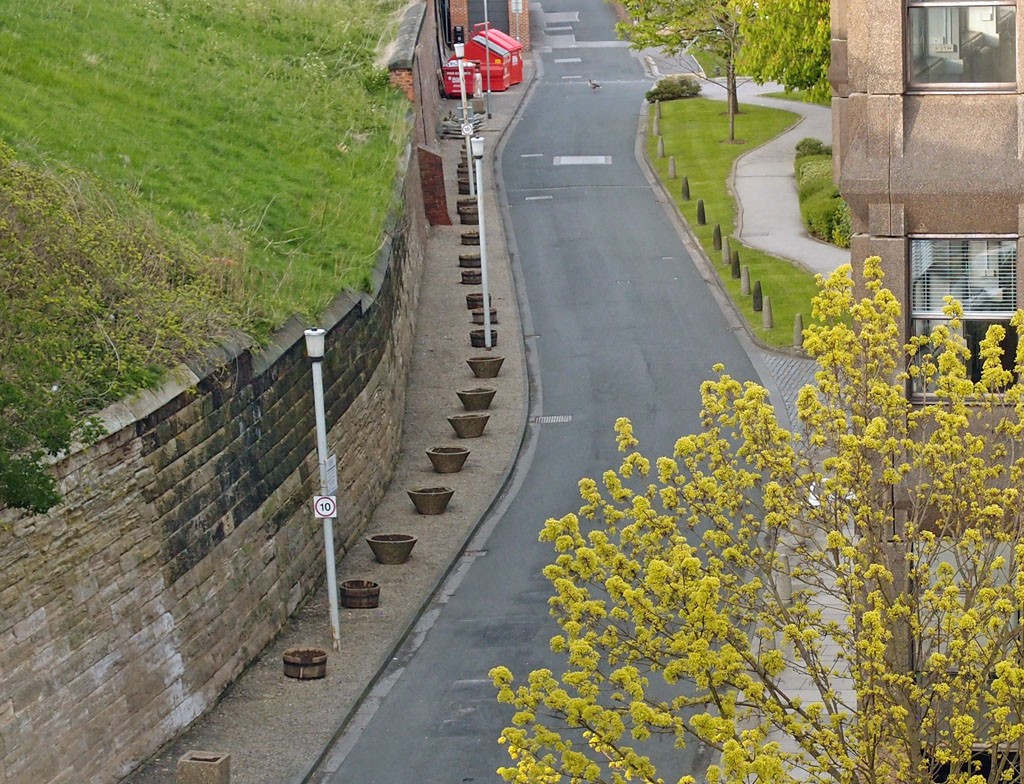 It had a pointless pavement punctuated by planters. By 2016 they appear to have contained no plants, but for some reason sat there. Many of them those concretey-looking ones, as if there wasn’t enough concrete already in the shape of the office block itself. Opposite the planters was a strange little area of grass, with more concrete bits punctuating it, and a wiggly path alongside.

The replacement paving (see previous page) seems like a definite improvement. Sad to see though that the Hudson House quarter appears to have removed a few trees. I hadn’t noticed that before.

Time to move on along the city walls walk, towards town, and other things. But as we leave this area, a glance back at the buildings old and new. 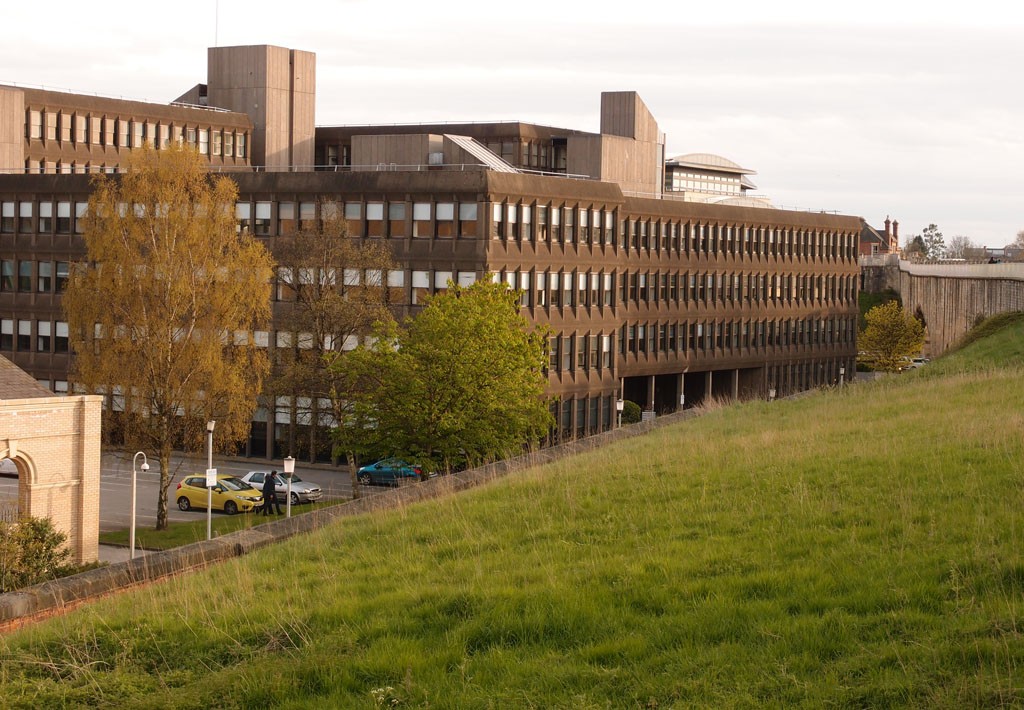 Hudson House, from the walls, April 2016 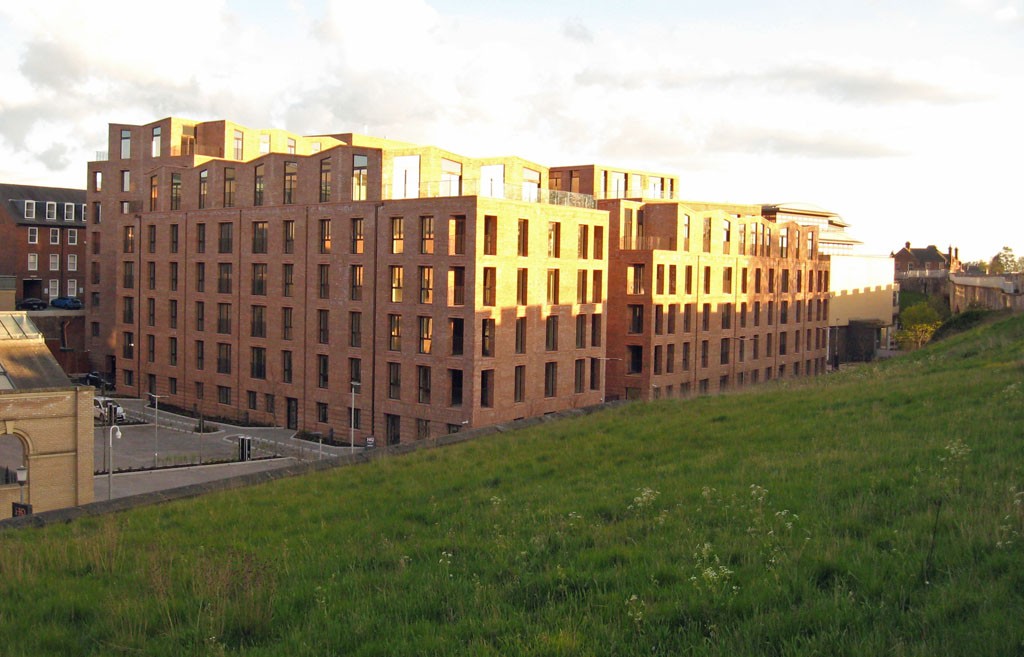 Hudson Quarter, from the walls, May 2021

Lisa @YorkStories is the creator, administrator, and writer of content on www.yorkstories.co.uk. She can be contacted on this link or via Twitter, @YorkStories
View all posts by Lisa @YorkStories →
Tagged  Hudson House, Hudson Quarter
To link to this page's proper location please use the > permalink