Coney Street’s coaching inns, and what replaced them (part 1) 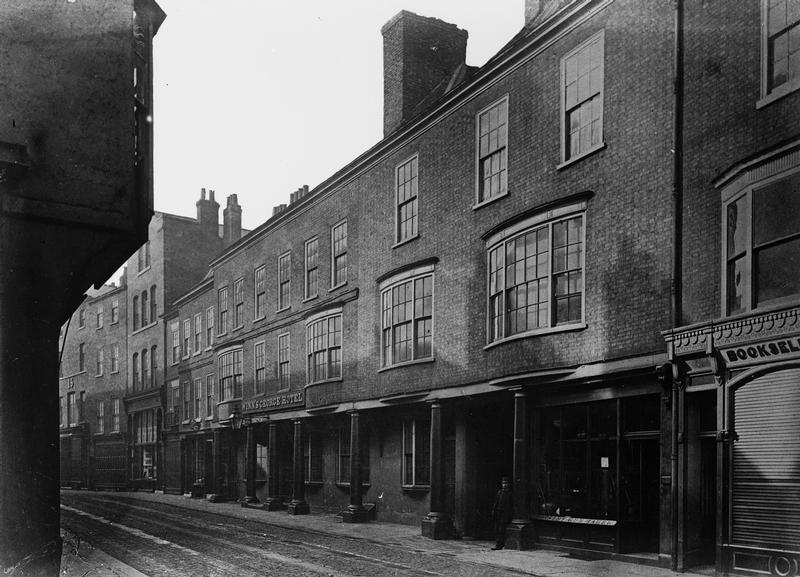 As previously mentioned (and as shown on the late 20th century plan), the buildings of Coney Street are in many cases tall and narrow, on long narrow plots of land — though perhaps we tend not to notice that because of the modern shopfronts. After looking more closely at Coney Street, and photos I’ve taken of it, I’ve been thinking about two buildings with much wider frontages, on opposite sides of the street. Both built in the 20th century, on the sites of former coaching inns.

One of those coaching inns, the George, is pictured above, and shown on this 1852 plan. 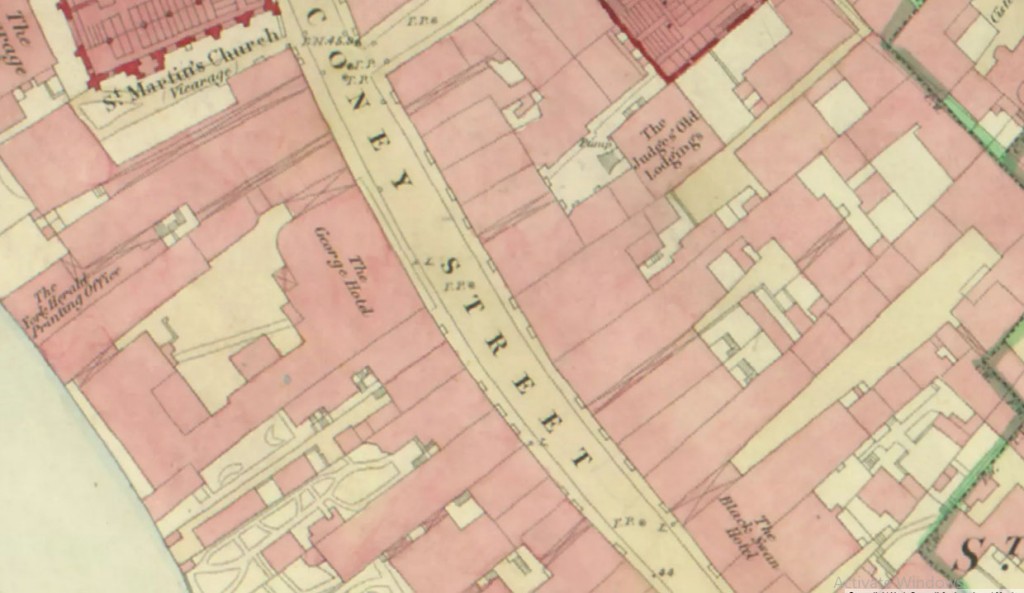 The George was at the heart of a busy and bustling Coney Street in the days of horse-powered transport. It occupied a large site between the river and Coney Street. The opening to its yard is still there, and one of its columns at the edge of that entrance. There’s a Civic Trust plaque on the building that now occupies the site. (There’s also some  in-depth and interesting information on coaching inns on the Civic Trust website.)

Leak and Thorp, a department store, opened in 1869 on the site after the George was demolished. The original store is pictured on an old postcard included on my previous page on Coney Street. That building was destroyed by fire in the 1930s.

A new store was built on the site, to replace it, and that building’s still there, with its distinctive Art Deco appearance. Here’s a 1970s illustration of it: 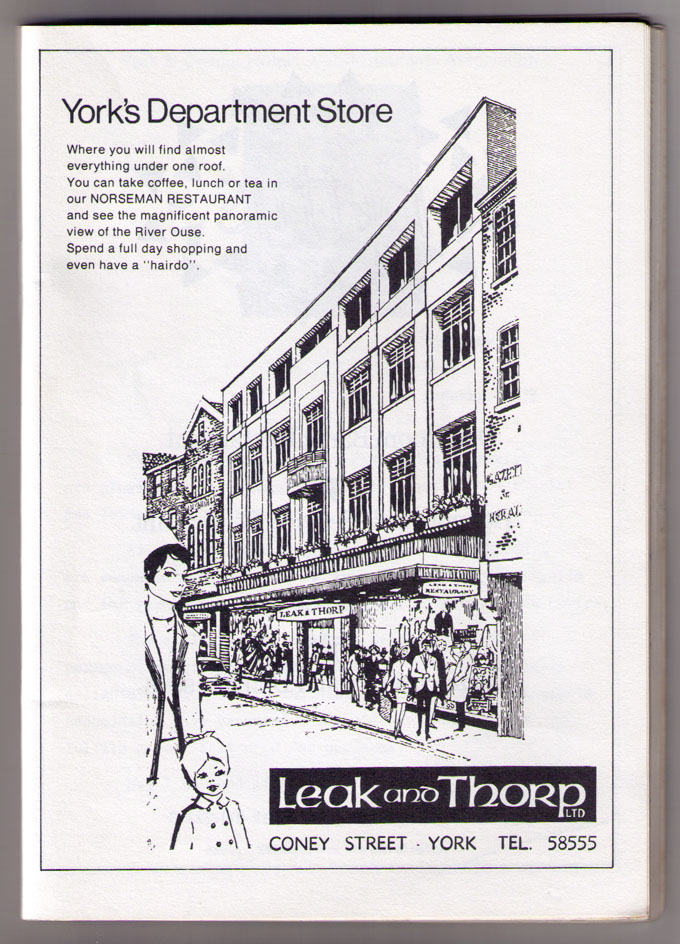 (Originally included on this page from 2014, which also includes many more groovy ads from the early 1970s.)

Here’s Leak and Thorp’s store looking bright and inviting on a dark evening in the late 1960s, in what appears to be the run-up to Christmas. 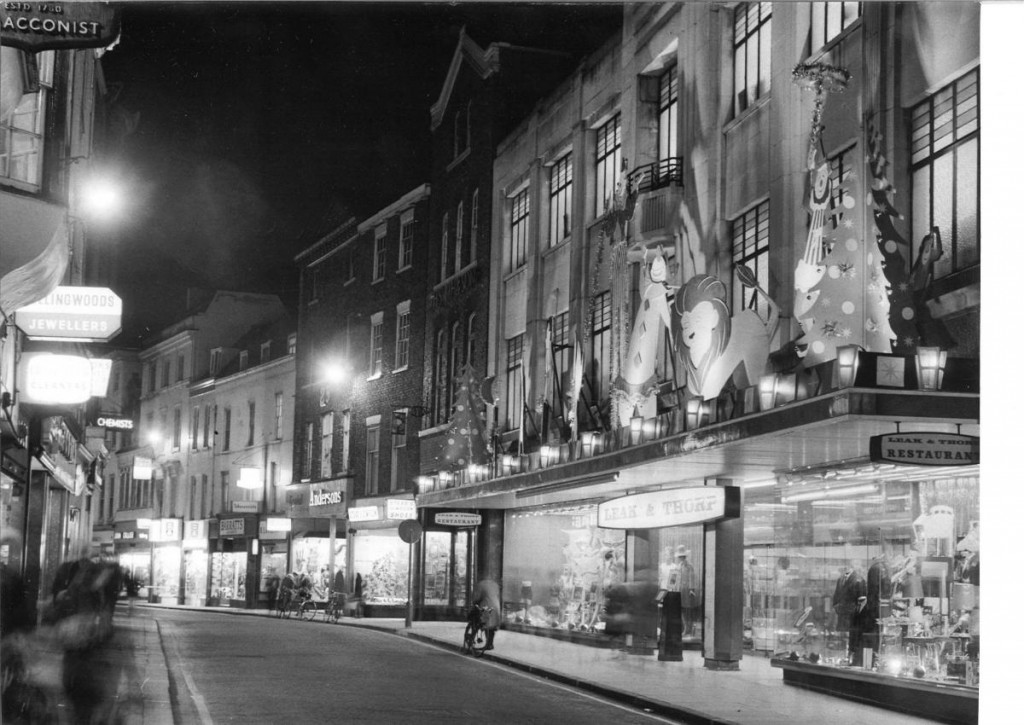 The store was part of Coney Street for over a century, a highly-regarded part of York’s shopping scene, a place many residents will remember. Van Wilson’s book on Coney Street, York’s Golden Half Mile, includes many memories and recollections of Leak and Thorp’s, a place with many stories. (And apparently an extra storey added to its height at some point in the late 60s/very early 70s, comparing the images above. Perhaps that’s where the Norseman Restaurant, mentioned in the 1973 ad, was located?)

By the time I was shopping on Coney Street, in the 1980s, Leak and Thorp’s had closed. A photo from the York Press archives reminded me of this part of Coney Street as I remember it, with Chelsea Girl and Etam occupying what used to be the Leak and Thorp store. 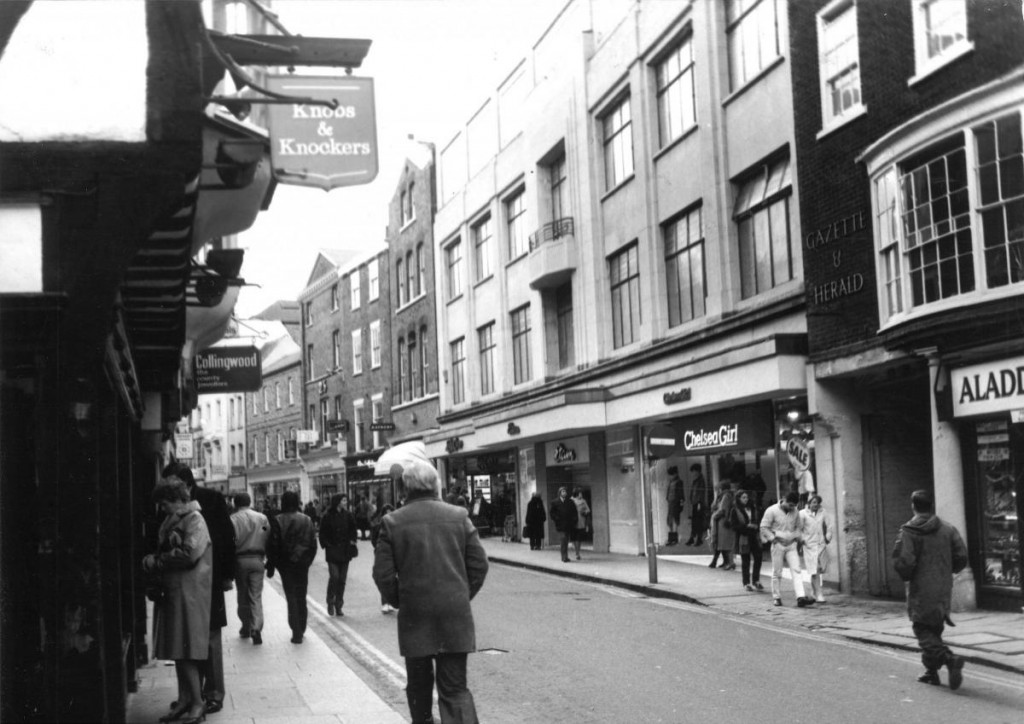 The large impressive premises purpose-built for one local retailer had by then been divided up into smaller retail units.

In recent years the units have been occupied by Next, Monsoon, and River Island. 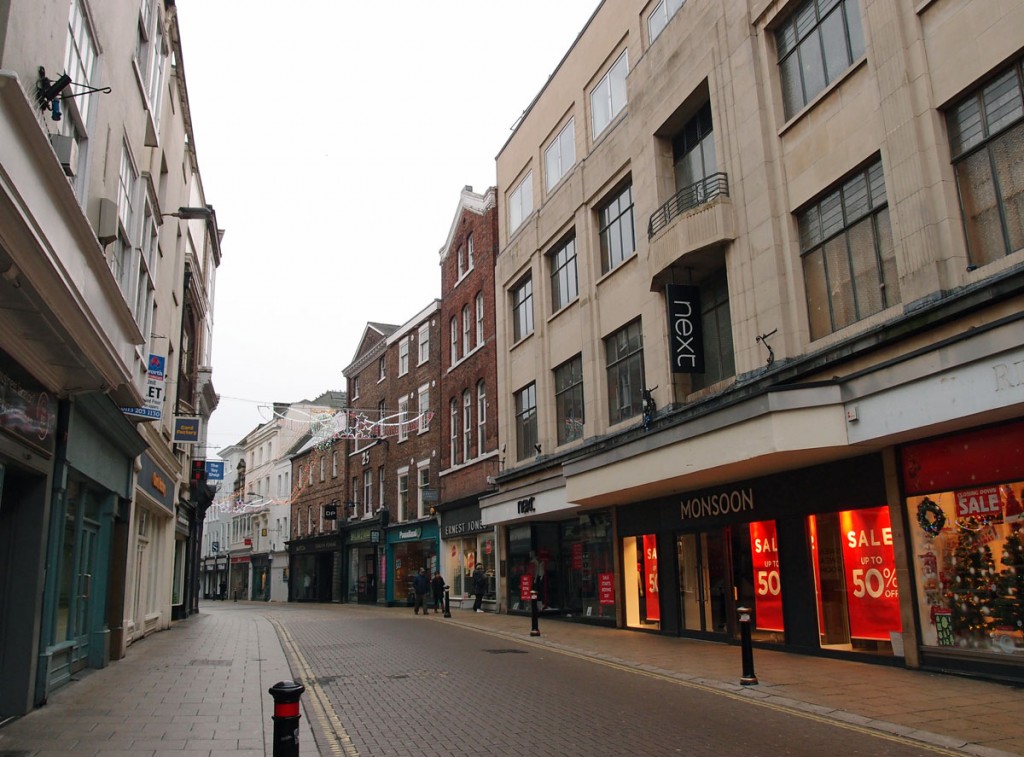 Next and Monsoon in former Leak and Thorp store, 25 Dec 2018

Across the road there was once another coaching inn. That’s a story for another day. For now, I just wanted to mention that this relatively modern building, while not officially Listed, is seen as a ‘building of merit’ in the Conservation Area Appraisal.

No. 19 Coney Street … an Art Deco department store with stone façade. It is considered a building of merit despite a poor additional upper storey which spoils the roofline. It is not as good an example of the style as No. 52 Coney Street which is listed Grade II.
— York Central Historic Core Conservation Area Appraisal (number 11: Central Shopping Area)

Number 52 is indeed a handsome building, but the next focus of attention is a different building on Coney Street.

This is December Daily number 11. Thanks for your virtual coffees in support of my wanderings and ponderings, around this ancient and modern, multi-layered place I call home.