‘The Evil Beech Tree of Irton’

I’m sure many of us have heard this week of a tree in Irton near Scarborough that’s a ‘public nuisance’. A judge apparently said so, so it must be true. This is clearly just the beginning, and we in York should be on our guard. There are trees all over, threatening good decent folk, getting in the way of garage access, infiltrating the drains, making walls look a bit wonky, harbouring birds that poo on cars. Probably rattling their leaves at night in a spooky way, tapping on the window … 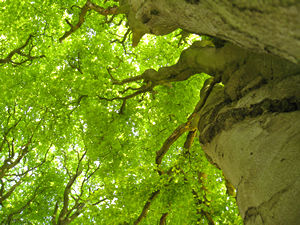 Oscar Wilde said: ‘We are all in the gutter, but some of us are looking at the stars.’

Clearly, while we’re in the gutter, we shouldn’t be looking at the stars, we should be studying our drains and sewage system for potential tree root infiltration. 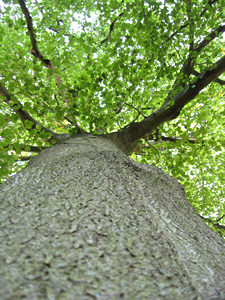 A similar beech tree in a different location – but probably just as much of a nuisance, given the chance

A report to committee on the proposed felling of the beech tree highlights how the tree is clearly a massive great nuisance to people who pass it occasionally. Many folks who appear to live nowhere near it wrote to support its felling.

The same document has a long list of people with an Irton address who oppose the destruction of the tree. This can be explained by the fact that the public nuisance/evil tree-like entity must creep into their drains and up through their plumbing and brainwash them while they’re asleep by sticking its roots in their ears. Or something.

As well as infiltrating drains and making walls wonky, it’s a nuisance because of ‘tree sap debris and bird droppings’. Horrific, isn’t it. Cars underneath getting dirtied. This kind of horrendous incident is happening all over, and nationwide felling of all trees near property is clearly the answer. 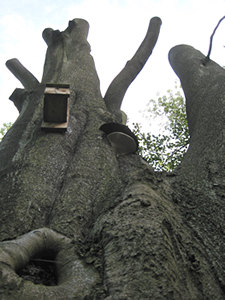 This public nuisance has been effectively disarmed. But it’s better to chop them down altogether, apparently.

Mr Elliott, an arboricultural consultant who clearly knows about trees, judges the Irton tree to be ‘a valuable and healthy specimen’ and says that ‘the drains would continue to leak whether tree roots were present or not’, as they’re defective. He doesn’t sound keen on chopping it down. Clearly The Evil Tree of Irton has used its spooky powers to brainwash him too.

Be careful, York folks. This kind of thing could happen to you. Don’t let the trees brainwash you into thinking that they’re of value, and worth saving. Don’t whatever you do look up to the sky through their new green leaves in May. Instead we should all stay in the gutter and look to our drains.

The Irton beech tree has been felled after a long campaign to save it.