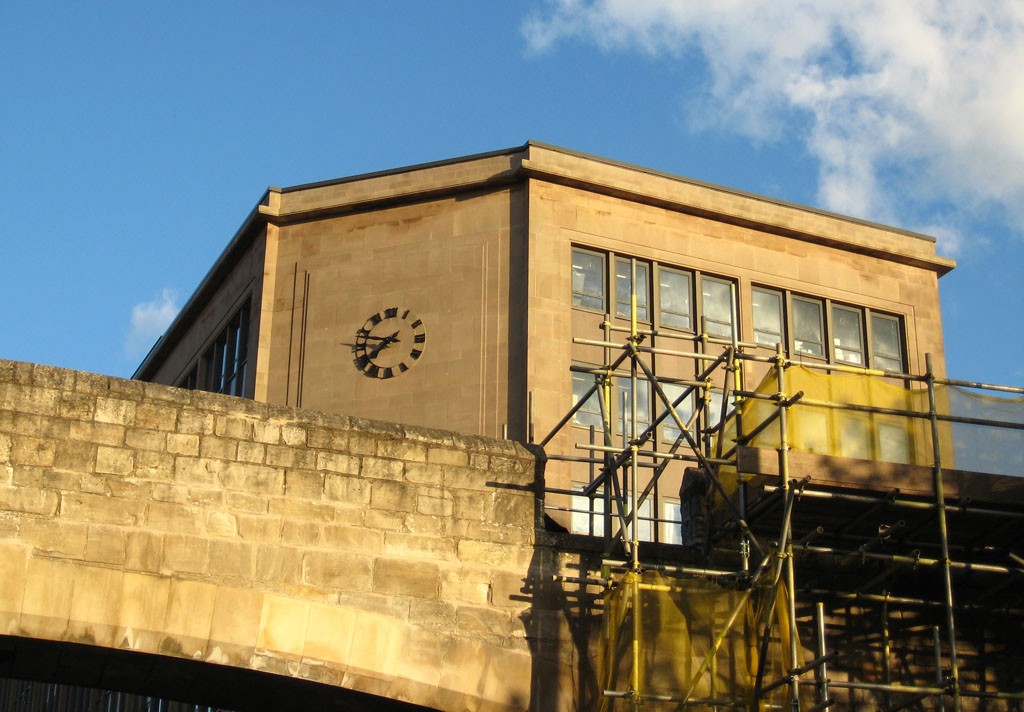 This ‘landmark’ building, 2 Rougier Street, was previously insurance company offices. It has been included on these pages before. Adverts in decades past featured rather stylish hand-drawn illustrations of the building. 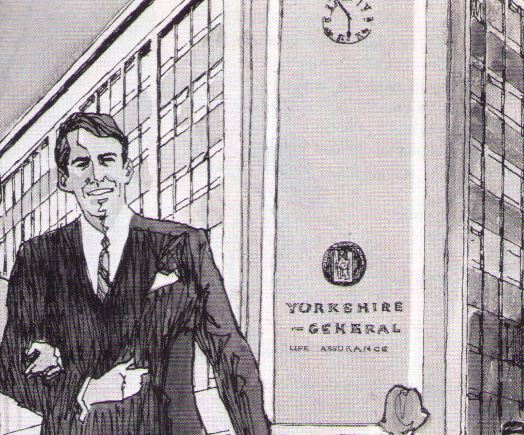 I’ve also previously mentioned its clock, when compiling pages about the various clocks to be seen on the city streets. The one on this building was for a while one of the city’s many stopped clocks, but is now showing the right time. I guess it would have to, or would have to be removed, as an old stopped clock doesn’t give the right impression on a new hotel. Which is what this building is now. 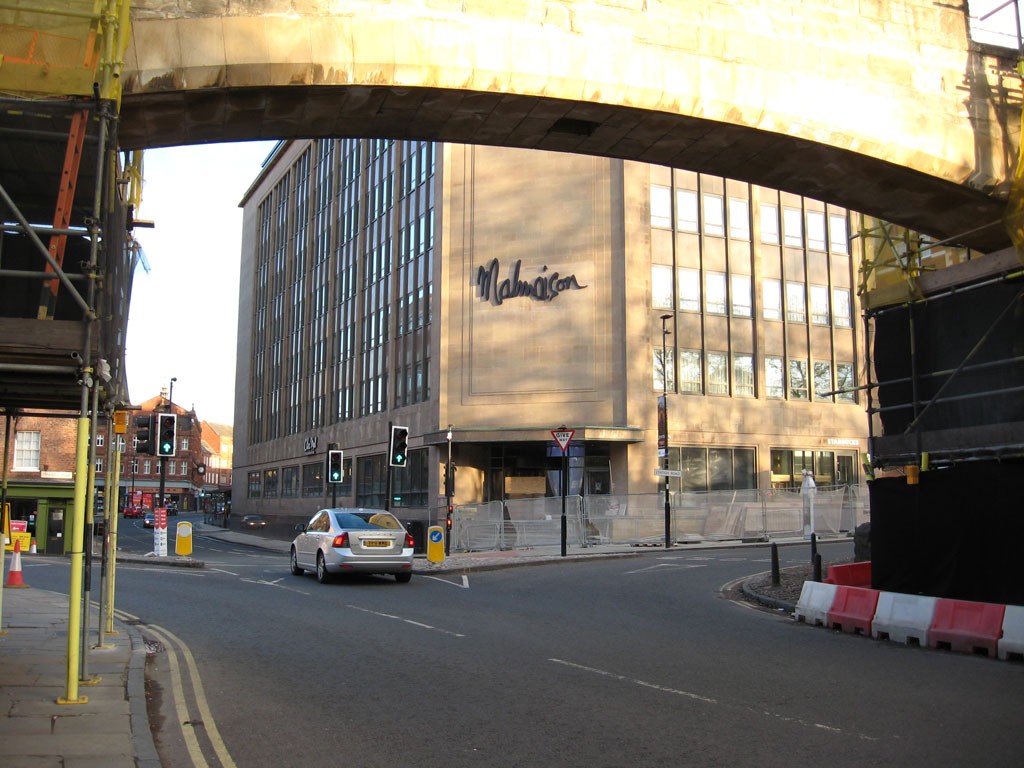 In recent years there was a planning application to convert the office block to residential accommodation, but that didn’t happen. It’s now a hotel under the ‘Malmaison’ brand. It was due to open this month, but apparently its opening has been delayed.

This previously very tall building is now a bit taller, with one of those weird additions that seem to be the thing in recent years, of adding height to a building but setting the extra storey back a bit, presumably to make it less visible/intrusive. But part of it is visible from the city walls, and it’s very visible from the Leeman Road area near the railway museum, as pictured on an earlier page.

It’s also quite visible if you’re down the other end of Rougier Street looking back up at it.

Let’s go through the archway and enter the gloomy canyon … 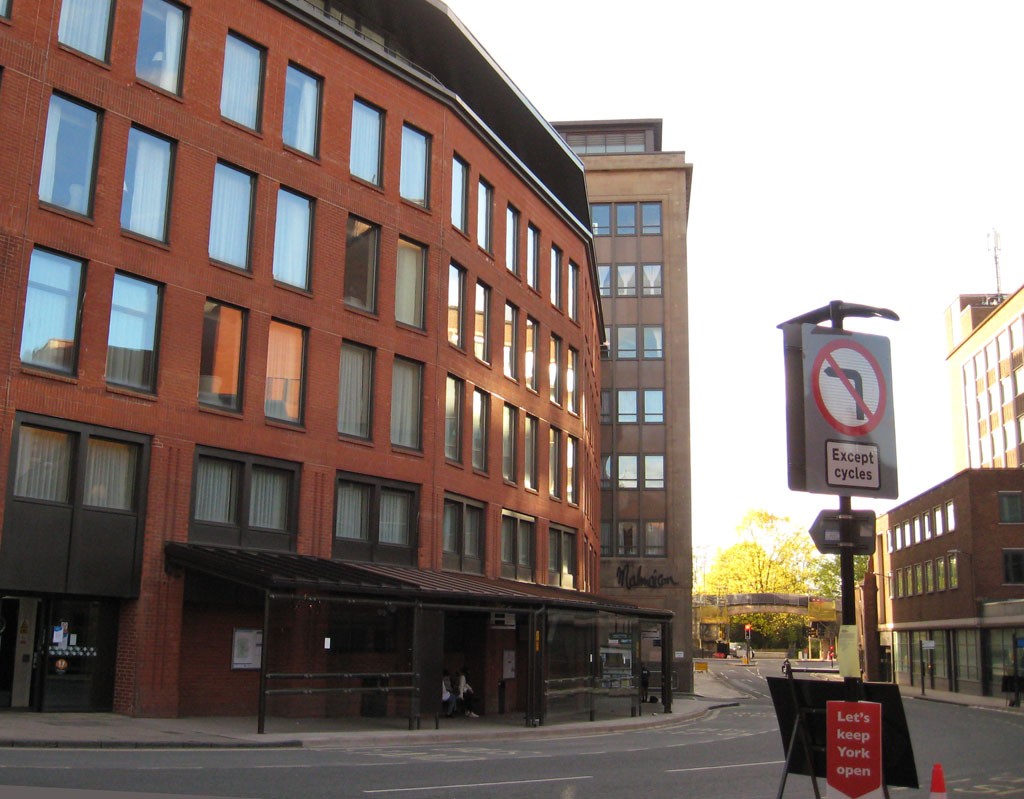 In the distance there, the archway we’ve just come through, and the Memorial Gardens and triangular park beyond it. They’re all bathed in evening sunlight, but none of it reaches down here, because of the height of the light-blocking buildings, 2 Rougier Street and its more recent neighbour.

I really don’t like the look of the extra storey, but get the impression that many people are looking forward to visiting the ‘sky bar’ up there, when it opens.

Back down at street level, I recently I found an interesting image in an article in the Press, showing a view of Rougier Street from a similar place to the one above, but before the office block in the foreground was built. 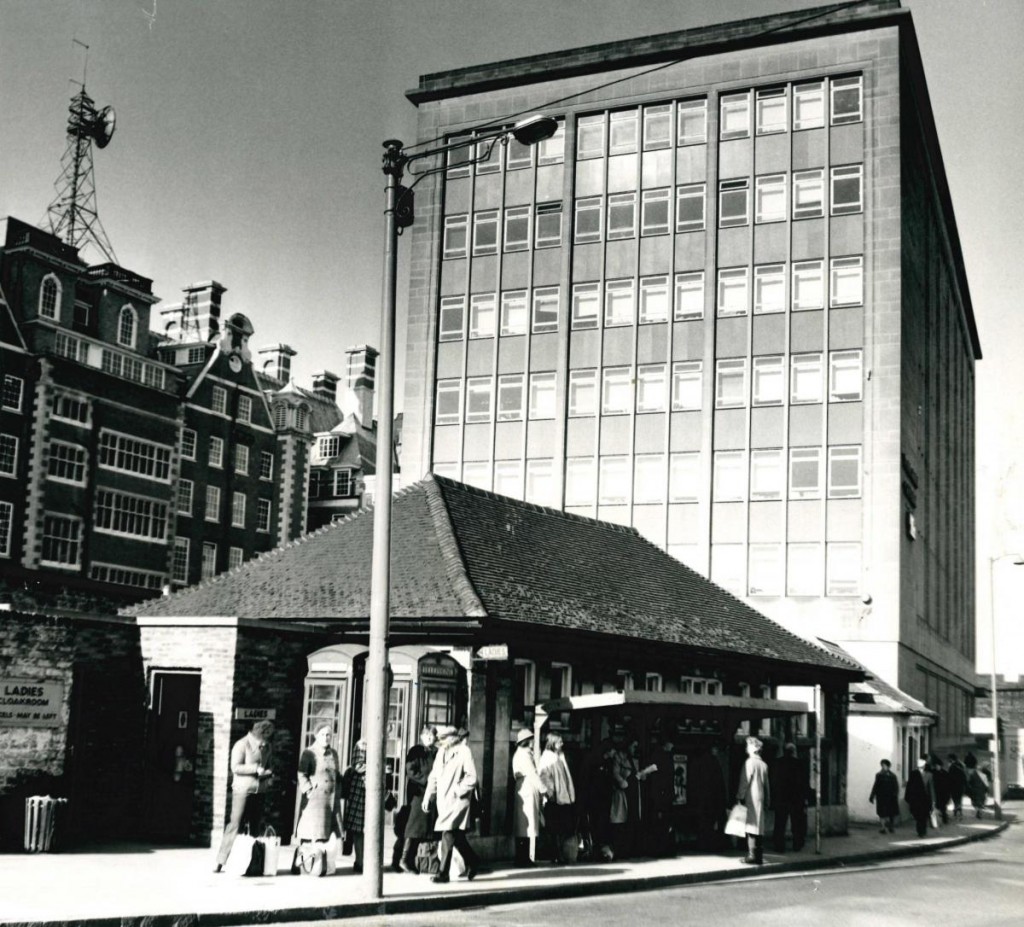 I’m used to the way Rougier Street looks, and the scale of that office building, but looking at it afresh, in this photo, I wonder how a building of that scale was permitted in such a sensitive location. It just looks wrong, plonked there, out of keeping with everything around it.

Perhaps it was thought that the railway offices to the left of it had set a precedent for tall buildings in this part of the city. But the contrast between the two and the impact of the large office block is clear.

Since then of course the foreground area, where the low building was, has been filled with another large building, as pictured above.

On the subject of tall buildings, and as we are on Rougier Street, looking at one side of it, maybe it’s time to turn to the other side of it to confront ‘the most shameful and absurd decision any committee has ever made‘ … ?

… or maybe it needs some more thought.

Lisa @YorkStories is the creator, administrator, and writer of content on www.yorkstories.co.uk. She can be contacted on this link or via Twitter, @YorkStories
View all posts by Lisa @YorkStories →
Tagged  hotels, offices, Rougier Street
To link to this page's proper location please use the > permalink