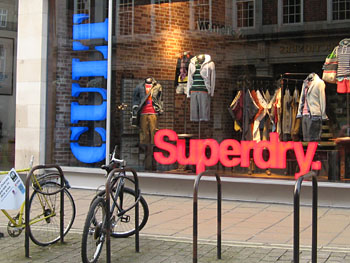 In the 21st century, Davygate is looking like the clothes-shopping destination, particularly since this shop arrived, selling super-desirable Superdry. with its confident. full. stop. 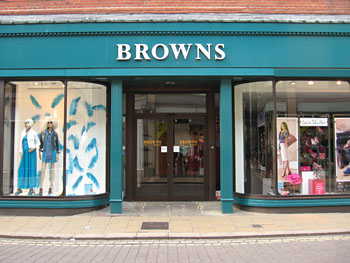 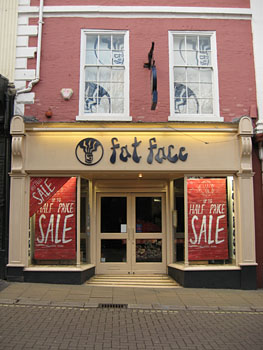 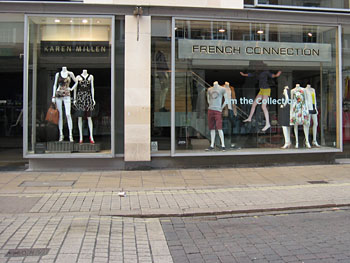 Davygate is more exciting than I recall it being. When I was young I think it had Browns, Liberty, and a gas showroom. Browns has of course been on its corner for years. A few of the more expensive clothes retailers are gathered here. Then there’s the recent arrival of the Superdry store in the former Borders premises. A welcome addition, particularly for male shoppers, judging by the amount of people I’ve seen wearing Superdry t-shirts. Next door, Karen Millen and French Connection. With Debenhams opposite, as it has been for years. 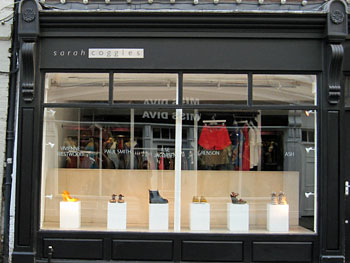 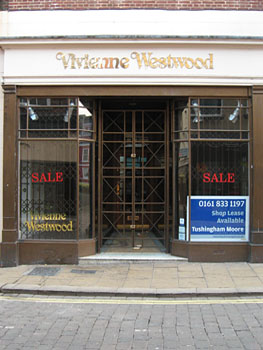 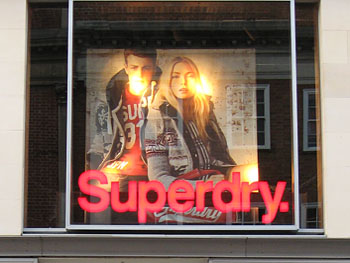