Thanks to everyone who emailed and shared this page, even though we didn’t achieve the desired result. The decision was made at last night’s meeting to proceed with demolition: 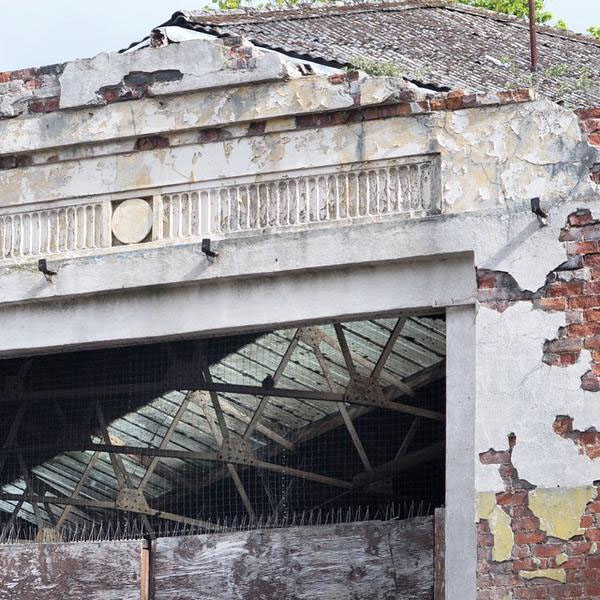 On Thursday a group of councillors may take the decision, on behalf of the residents they represent, to demolish this building. That would be a short-sighted and wrong decision. It might not look pretty, this building, but that’s not the point. Heritage isn’t always pretty. Especially when it has been neglected for years.

How to object to the proposed demolition

Send your objection as soon as possible, preferably immediately after reading this, and before the meeting at 5.30pm on Thursday 25 June. Below is a list of email addresses, of the councillors making the decision on Thursday. You can cut and paste it into your ‘To’ line in an email. Put ‘Airspeed/Reynard’s building, 17-21 Piccadilly, item 14, Executive meeting, 25 June‘ as the subject, and then state that you disagree with the proposed demolition, and think the building should be preserved. That the council should continue to work to ensure that the Yorkshire Air Museum is fully supported in its plans for the building.

Send your email to:

Members of the public can attend Thursday’s meeting. For details of the time and venue etc see the first link under ‘Further information’, below.

The former Reynard’s garage/Airspeed factory/Megazone/trolleybus depot on Piccadilly has managed to survive years and years of neglect, and an arson attack. And for years the Yorkshire Air Museum has proposed turning it into a visitor attraction to celebrate its history, to mark the fact that for 2 years in the early 1930s Airspeed was based here.

This ‘asset’, which belongs to the City of York Council, actually belongs to the city, ie us. Which means we are entitled to express our views on what happens to it.

Though I’ve never pretended to be a heritage expert, I’m an expert when it comes to my own website and Twitter and email conversations, and I know that this building has provoked more interest and more comment than any other under-threat heritage asset I’ve included on these pages. It has many supporters, including knowledgeable and respected heritage experts like Peter Addyman and Alison Sinclair. It was mentioned many times at the event on Saturday, when it became clear that even more people cared about its fate than I’d realised before.

Interest in its history has grown over the years as more people have read about it.

This council administration is supposed to be making wiser decisions than the previous one did. Please help them to do that.

Send your email to:

Information on Thursday’s meeting, on the City of York Council website. See item 14.

The CYC report on the condition of the building (PDF) written by a City of York Council officer, for Thursday’s meeting, recommending the demolition option, is on this link

Structural survey report (PDF) from 2009,  survey carried out by Wm Saunders Partnership at request of CYC

All my previous posts on the Airspeed/Reynards building

And below, a few ‘related posts’ to remind us of just some of the other buildings demolished in recent years.