Some years ago, the now old-fashioned OS paper maps made me realise the extent of our railway network before ‘Beeching’s Axe’. Those orange-covered Explorer maps, with their beautiful detail. Including, all over, bits of ‘Dismantled Railway’. Curving lines broken in places but still traceable across the landscape. 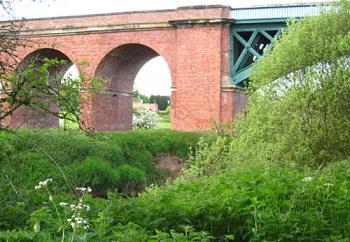 Some remnants of the 19th century railway mania are more obviously impressive than the humble bridges previously mentioned. Like this beauty at Stamford Bridge, not far from York.

Imagine getting a train from York to Stamford Bridge. At one time you could.

Where there’s now a cycle track from Wigginton Road to New Earswick a railway line branched off, going over the Foss where there’s now a link road, with a few more station stops at villages on the way, before it crossed the Derwent on this viaduct. 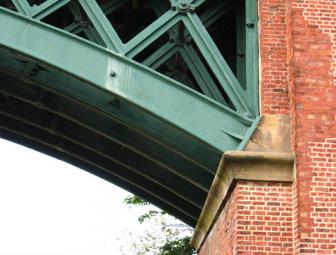 In 1991 it was threatened with demolition, but was saved and restored following a campaign by local residents and railway enthusiasts, and now forms part of a cycle track/pedestrian route. 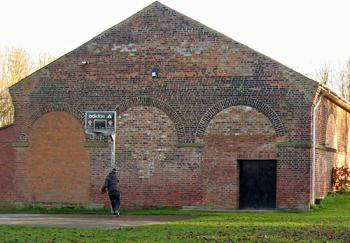 Soon after crossing the river on the viaduct we approach Stamford Bridge station. The old engine shed is still used, but not by locomotives.

The York to Market Weighton railway line opened in October 1847 and closed on 29th November 1965. 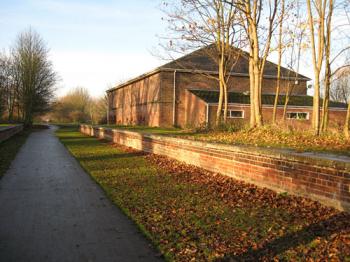 Platforms retained, though there’s no reason for keeping them really. Just that perhaps we have a certain respect for our railway heritage, and if it isn’t in the way of future development we keep it in place where we can. 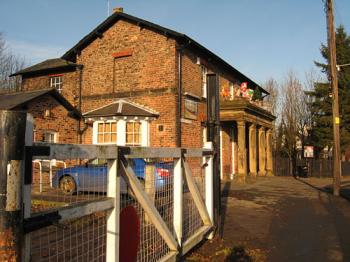 The old station building. Many of them were kept, reused for other purposes.

The Victorian railway mania brought the railway to many tiny settlements, much smaller places than Stamford Bridge. Or rather, often to a station a fair distance away up a rural road, far from the settlement it was supposed to serve. Not really surprising these couldn’t be sustained as a railway station.

Many are now private houses, and not looking odd or unusual when reused in that way, though they often have an entrance rather grander than the average house. 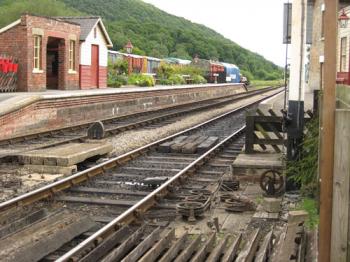 Beeching’s ‘axe’ didn’t have to be the end, and in some places it wasn’t. As at this station, Levisham. 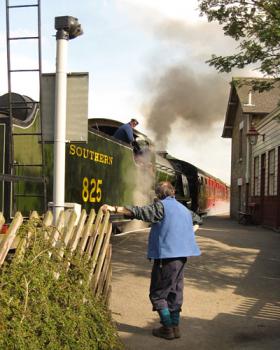 At Levisham we can get some idea of how it was, that old railway experience. We can stand on beautifully maintained platforms, and listen to the deep distinctive sound of steam locomotives. They sound like they’re alive and breathing, those steam trains at Levisham, so I can’t help the fanciful notion that they’re perhaps remembering all those other stations they used to know.

Levisham station and the history of the North Yorkshire Moors Railway

By Lisa @YorkStories • 28 March 2013 Beyond York, Rail, roads, rivers, Railways
Tagged  Beeching
To link to this page's proper location please use the > permalink