I love the way these wealthy landowners put fabulous monuments all over the place. The land around Castle Howard is littered with impressive bits of architecture, and it’s similar on the Sykes estate in and around Sledmere. You can’t move very far without finding another monument. I don’t know what ordinary folk at the time thought to these enormous erections, but these days you can’t fail to be impressed, or interested at least. This one in particular is a tremendously over-the-top creation, at least by modern standards.

I thought we’d seen all the monuments, and wasn’t expecting this one. We were on our way from Fimber to Filey, following a straight stretch of road (the B1252) from Sledmere towards Garton-on-the-Wolds, and then suddenly this huge towering thing was ahead of us, prompting cries of "What’s that?"

It’s so huge it’s impossible to fit it all in one photo. It’s so grand it even has its own cottage nearby, built for the caretaker. (I forgot to get a photo of that – I was too dizzy from looking up at the monument.) 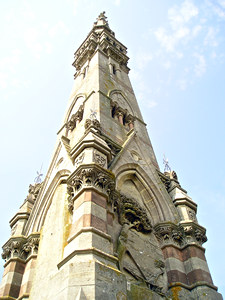 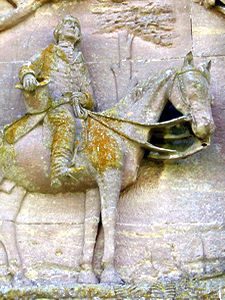 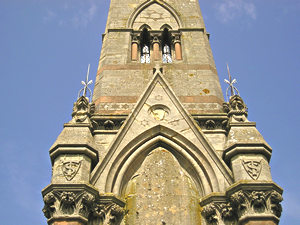 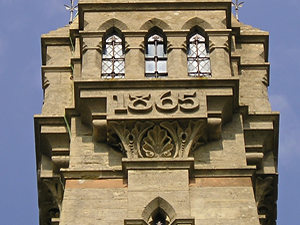 It’s got lots of sticky-out bits and different coloured bits, little stars, and even has references to biblical texts. It’s a fabulously exuberant creation, and all the more impressive standing there in the middle of fields, with nothing much to compete with it. Not that anything could.