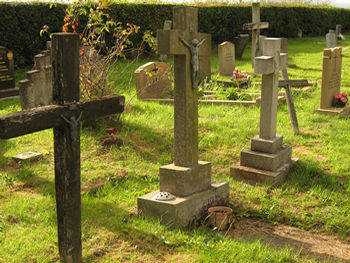 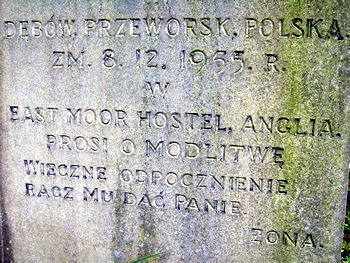 Like many villages, Sutton-on-the-Forest, near York, has a cemetery as well as its original churchyard. Among the headstones carrying the usual English names like Barker, Wood and Smith, a small area of the cemetery is occupied by headstones marked with less familiar names, including Pakuza, Stanisz, Rdultowski. 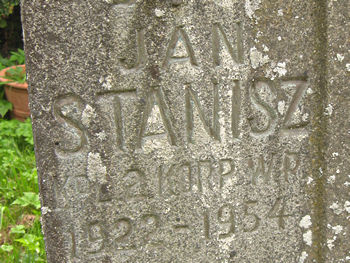 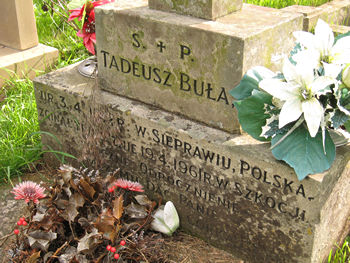 I’ve walked through this cemetery a few times, to visit a grave at the far end. I’d never noticed the section of graves with Polish names. On this occasion, I was looking for this particular area. There are carved stones of various types, many are crosses with the figure of Christ. Among them, several large wooden crosses, which look like they were handmade, all those decades ago. One has a metal plate attached which bears a name no longer readable, apparently handwritten or etched onto the metal. 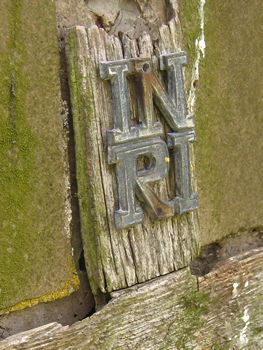 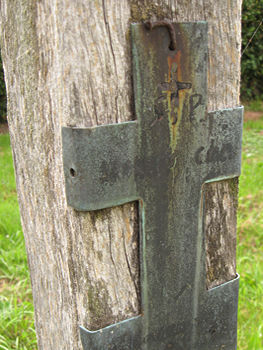 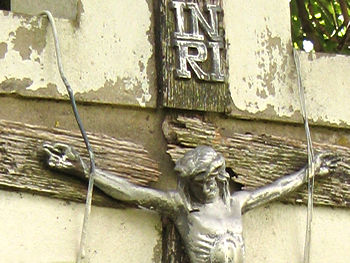 One of the crosses has wooden wedges driven into the ground around it, some time back, an effort to keep it upright. Another also has what seems to be evidence of repair, wire wrapped around, presumably to keep the Christ figure attached, as the wood decays. Touching details showing that at one time these memorials were carefully tended by the community.

Why is a section of an English village churchyard the burial place of so many Polish people? These graves mark the resting place of just a small number of the Polish ‘displaced’, driven from Poland during and after the Second World War. Many of those who fled to England were housed in airfield accommodation vacated by the allied forces. One of the hostels was at the East Moor airfield at Sutton-on-the-Forest.

The memorials date from the 1940s to the present, with many from the early 50s. The style changes over the decades, from worn stone to crisp black marble. Perhaps the wooden crosses are the earliest memorials, though sadly it’s difficult to tell, as their names and dates are missing or illegible now.

Nameless or named, we shouldn’t forget that these people fled here, driven from their homeland, and like so many others ‘displaced’ by war, were laid to rest in a corner of a foreign field.

The website Polish resettlement camps in the UK 1946-1969 has information on the East Moor Polish hostel, and personal memories of East Moor. The site also has a page of photographs of many more of the Sutton-on-the-Forest memorials, with individual names recorded.