After I included a page with a photo of the Aldborough memorial I had an email from a lady in Canada whose brother had been one of the crew who died on that training flight. She was only ten when he died. Like so many other Canadian airmen who came to this country during the war, he was based at one of our Yorkshire airfields, here at East Moor, close to Sutton on the Forest. 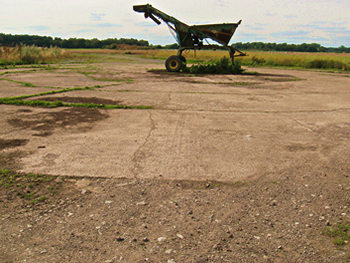 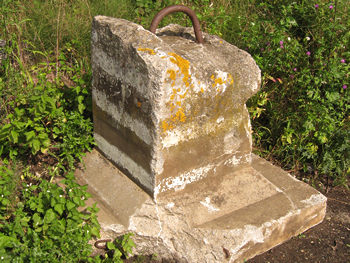 In the weeds nearby, more recent debris – takeaway wrappers bearing a familiar logo. In the war years, young men who had already travelled miles from their homeland assembled here, night after night, to climb into those massive heavy bombers, not knowing if they’d make it back. 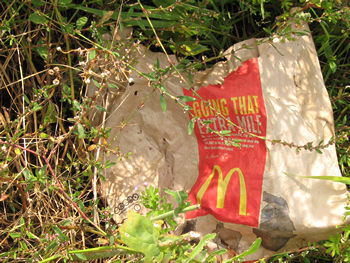 In our more carefree age, we drive by on our own smaller journeys, tucking into a burger, chucking the wrapper out of the car window. Still brightly bearing the slogan ‘Going that extra mile’, it settles in the weeds at the edge of this forgotten runway.

During the Second World War, Yorkshire was home to around 40 airfields, many in the flat areas of the Vale of York. Thousands of airmen died flying from the Yorkshire airfields, many lost on training flights, because of weather conditions or aircraft malfunction. In recent decades memorials have been placed at some of these crash sites, and also close to former airfields (including this one, see East Moor airfield memorial).