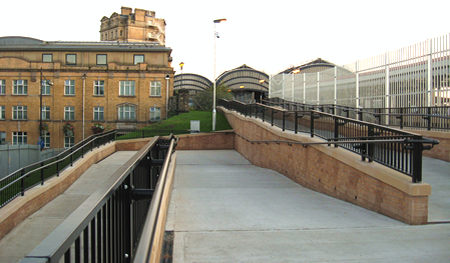 Changes round by the Leeman Road sorting office. Heading up from the riverside near Scarborough Bridge used to involve going up a rather gloomy alleyway, almost as grim as the nearby ‘Marble Arch’ tunnel. Now the alley suddenly brightens up half way along, as some of the trees have gone and instead there’s instead a groovy new pathway and cycle track which takes you straight onto the station platforms. There seems to have been little publicity about this quite exciting development.

A while back, in my own ‘Vision for York‘, I wished for ‘a new bridge … so that no one else has to suffer walking/cycling through that horrible tunnel we ironically call ‘Marble Arch.’ I had no idea this new access was under construction – it’s not a bridge, it’s more of a ramp – but hurrah for the new ramp. It certainly makes a difference for anyone on my side of town who wants to get to the station. I’m just hoping my other ideas might be realised, particularly the personal covered walkway from my house to Barnitts. 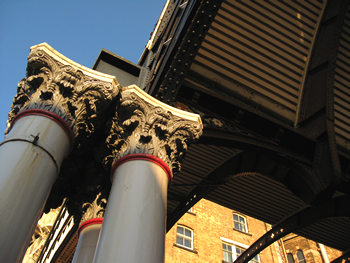 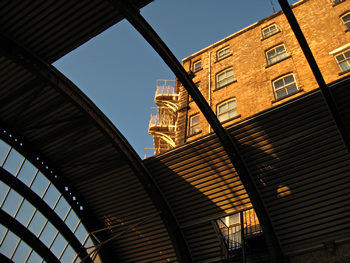 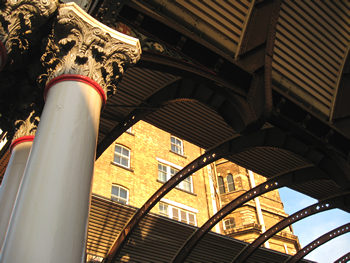 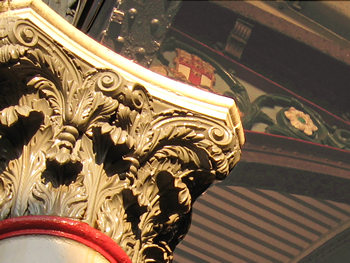 Years back I could have come along here and jumped on a train with my ‘Priv pass’ – as one of the privileged people to be related to a British Rail employee. Even more privileged later, after this pass allowed me to sit in First Class.

Just seeing the platforms in evening sunlight and those ‘York’ signs on the pillars brings back a million memories. Which I’m not going to bore you with. 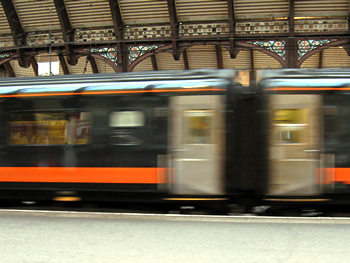 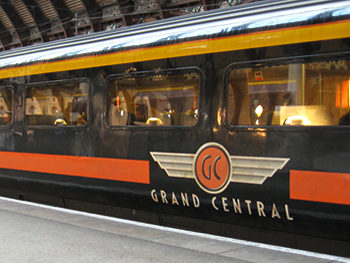 I love the livery of these Grand Central trains – very stylish and handsome. And can’t see the logo without thinking of that memorable book title By Grand Central Station I Sat Down and Wept (see note, below).

Railway stations are full of emotion – people waving off loved ones and greeting loved ones, all those departures and arrivals. A place of such importance deserves grand treatment, and our station is deservedly admired for its handsomeness. All those massive curves make it rather cathedral-like. 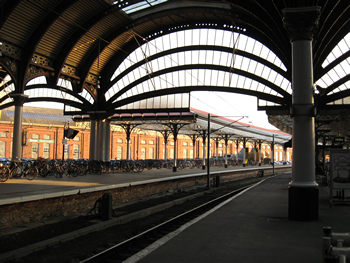 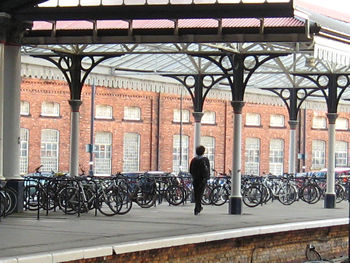 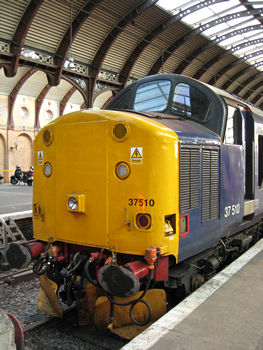 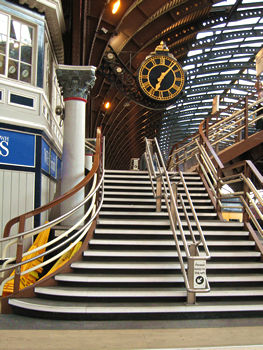 All curvy and ornate and beautiful, and with various locos around that are equally photogenic, in their own way.

Didn’t mean to stay around here for so long – time to wander along to the site of the old railway station.

Note: By Grand Central Station I Sat Down and Wept

I have this book, which I bought it because of the title, but I’ve never read it. This Wikipedia page was therefore most enlightening. Apparently the book was inspired by a love affair with the poet George Barker. Elizabeth Smart writes a book about their relationship, and gives it the memorably poetic title By Grand Central Station I Sat Down and Wept – and he writes a book about their relationship and calls it … The Dead Seagull.