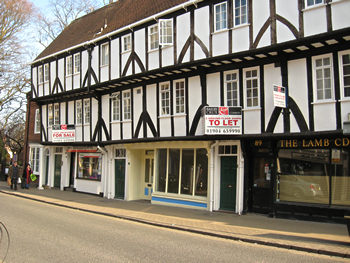 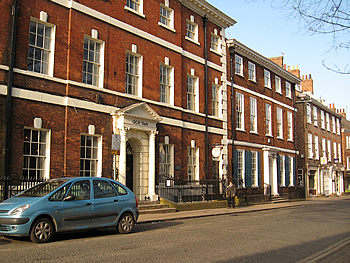 Micklegate is a street of contrasts. It has, for example, handsome 18th century townhouses, and just across the way, these medieval buildings. It’s also an interesting mix of genteel and rowdy. In the daytime, it’s quite genteel. 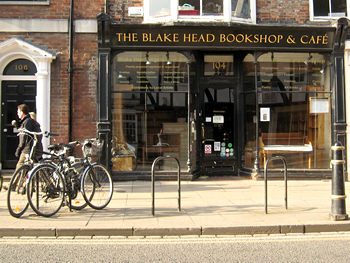 I know that this street – like many streets a little further out from the main tourist shopping centre – is struggling a bit. This is the Blake Head Bookshop, which closed earlier this year.

It’s never a good thing when a bookshop closes, and I know that many people were sad to see the end of the Blake Head. 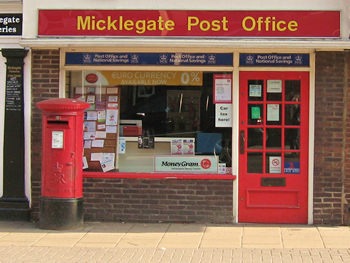 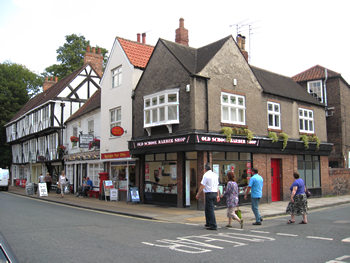 On a more positive note, Micklegate still has a post office. You don’t see many around these days. 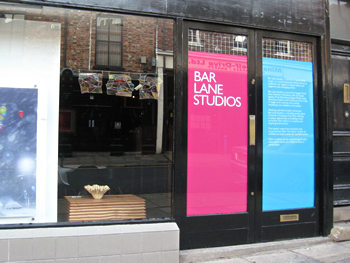 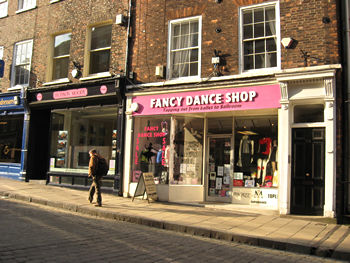 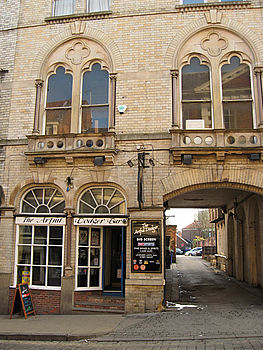 At the top of the road, Bar Lane Studios brings a bit of artistic flair. And down the road, there’s dancing, at the brilliantly named ‘Fancy Dance Shop’, all pink and cheery, with everything you need for ‘Tapping out from ballet to Ballroom’, as it says on the sign.

Fancy Dance is on my favourite stretch of this handsome street, where there’s a slight bend, and the incline of the hill, and the light falls beautifully late in the day. The man in the photo looks like he might be about to break into a dance routine, inspired by the sunlit beauties of Micklegate, but I think it was just a jaunty kind of walk.

Opposite ‘Fancy Dance’ is a handsome Victorian building, now a pub called the Artful Dodger, though I remember it as a pub called Walker’s Bar, which I frequented often in the late 1980s. 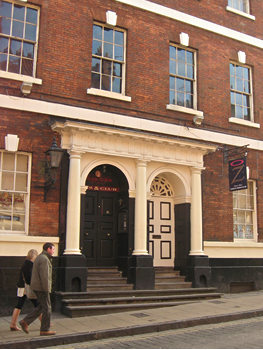 It’s a strange street, which should be grand, is grand in some ways, but then at night it has a different face entirely. The ‘Micklegate run’ was notorious years ago, the idea apparently being to go out on a weekend evening and visit all the pubs all down Micklegate before vomiting on the pavement at the bottom of the hill.

This York tradition seems to have continued, and the venues for revelry have spread to neighbouring streets, with clubs and restaurants which seem louder and bigger and brasher than they used to be on nearby Rougier Street and Toft Green.

As a York resident, I have to say that the main association with the street name ‘Micklegate’ was always pubs, clubs, and wild weekend evenings. 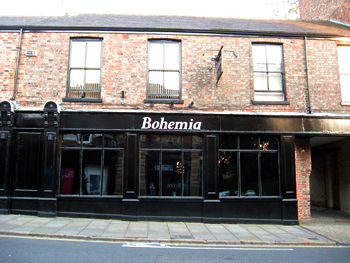 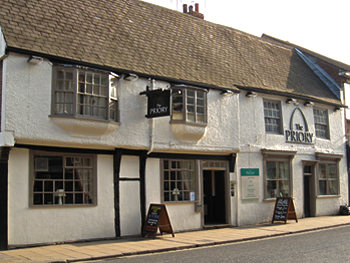 Bohemia is one of many frontages around here that are painted black. Rather more traditionally ‘historic’ is the street frontage of The Priory, though the frontage is I think not a reliable indicator of the interior, in this case. The arched logo over its name is I guess supposed to suggest the religious establishment – a Priory for Benedictine monks – which was once on this street, and which Priory Street is named after, but it just makes me think of the famous drug rehabilitation clinic. It does seem a little odd naming a pub after an institution presumably big on the traditional monastic ideas of celibacy and being sober and devout. Actually, I’ve not been in it for years. Maybe it is full of men in robes praying. 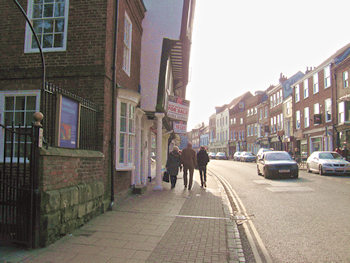 I haven’t really done Micklegate justice. I don’t come this way into town, and when I go into town I go straight through a different bar in the city walls, and head for the centre. If Micklegate Bar is your gateway into town you’ll know this street better than I do. If you don’t know it, and haven’t been for a while, it sounds like the local traders need your support. Along here you can get fish and chips, browse second-hand books (though perhaps not in that order, unless you’ve washed your hands), have a choice of hairdressers, get a tattoo or a body piercing, look at art, visit a historic church, and of course there’s also the Fancy Dance shop. And lots more. At night, well, it’s perhaps not the kind of ‘evening economy’ the tourism folks like to promote – but I kind of like it for that.

Certainly worth a wander up here in the late afternoon, to admire its many and varied handsome street frontages lit by late sun.