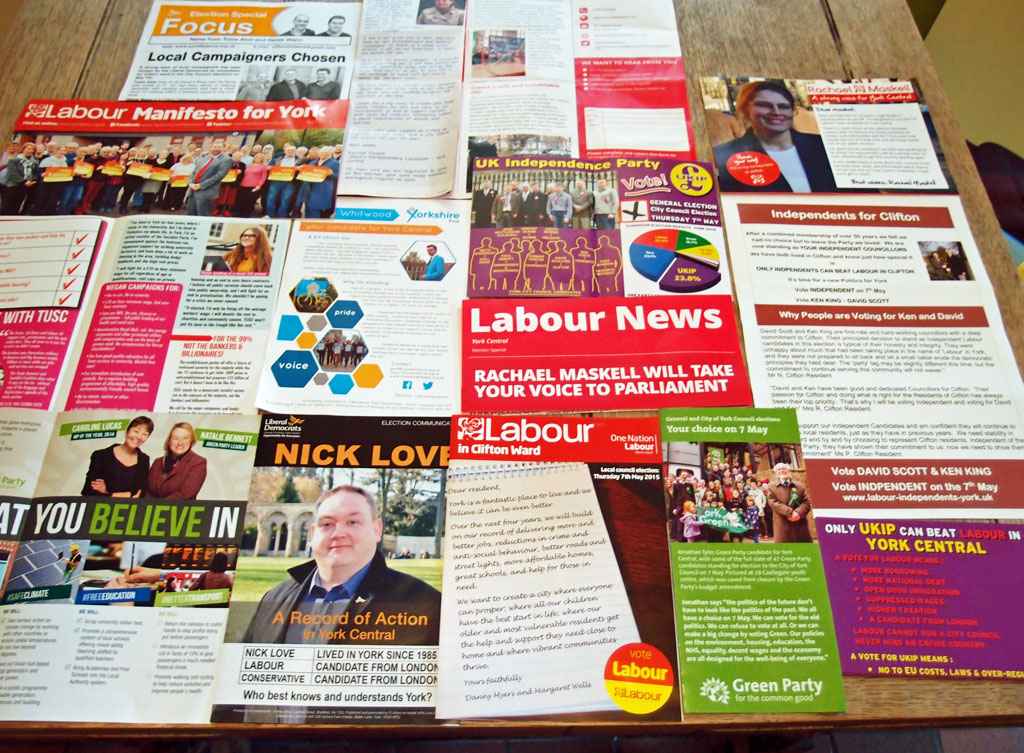 As previously mentioned, it seems important to write about the forthcoming elections. In particular, about the election of a new MP for York Central. We already know that it won’t be Hugh Bayley, as he’s standing down after many years as our (Labour) MP. And this, I realised some months back, has left me with quite a quandary. Perhaps I’m not alone in this. In fact I know I’m not, from talking to friends about it.

The consequence of a long period of thought on all of this is that I think I won’t be voting Labour in York Central. This might not seem particularly shocking news, but I’m quite troubled by it, as I’ve voted Labour in every general election since I was first old enough to vote, in 1987.

It all seemed very simple then. It isn’t now.

One of the questions I’ve been pondering recently, thinking about the forthcoming election, is whether it would seem simple now, if I was 19 now, if one of the political parties would speak to me so clearly and seem like an obvious choice.

But I’m not 19, I’m in my forties, and I’ve seen and lived through Conservative governments and Labour governments and the present government. And have seen Prime Ministers come and go, and somehow they seem less and less interesting, and more and more often I find myself turning off the radio when the Prime Ministers and party leaders are speaking. The adversarial bickering on party lines becomes more and more tedious. And many other aspects seem baffling and alienating. For example …

I was baffled and troubled when I heard that York’s Labour candidate was to be selected from an all-women shortlist. It has felt difficult to admit that, as I am a woman myself, and – it seems important to point out my feminist credentials/feminist awareness – have a shelf full of books on feminism and gender studies, including a copy of The Female Eunuch bought when I was fifteen. But that was thirty years ago, and things have changed a lot. Dividing things on gender seems odd, these days. A bit 1980s/1990s. When I look around I see many powerful and influential women, and I’m not convinced we ladies needed this ‘assistance’. It seemed really strange to me, in 2015, to force an all-women shortlist here in York for the candidate to replace Hugh Bayley.

And with all other things considered too? I’m certainly not an expert but I would imagine that the Labour vote will decrease dramatically anyway because many voted for Hugh Bayley in particular, as a local MP with a long track record of serving the city in that role? So to then limit the choice of his potential successor by removing half the population from consideration based merely on gender – I found it totally baffling.

So the selection process brought in Rachael Maskell, someone most of us had absolutely no knowledge of, and Labour voters like me are expected to vote for her. We’re expected to vote for her presumably because of a) a devotion to the Labour Party and its principles b) because she’s passionate about saving the NHS. And she certainly is passionate about the NHS, I’ve seen her speak about it, and she’s very impressive.

I had a leaflet through the door, as many people reading this will have, from Rachael Maskell – or rather, from the Labour Party, promoting Rachael Maskell. It included one of those sections that’s supposed to look like a personal message from the candidate. It referred to ‘our great city’.

I don’t want to sound like one of those ‘You’ve got to have been born in York and have family links stretching back 500 years at least to be able to be a proper York person’ commentators, but this phrase was very jarring. As I understand it Rachael Maskell has lived in York for about six months. If I moved to another city and almost immediately tried to lay claim to some kind of understanding of it, to the extent of claiming to represent it, and having a handle on ‘we’ and ‘our’ with its residents, I’d expect the residents to find that a bit weird. And I did.

This city – our great city – has changed so much. In some ways, in some areas, it’s barely recognisable, and many residents don’t feel like they’re part of it any more in the way they used to be. This needs addressing. Cultural shifts and other changes are inevitable, and some of it is good. In other ways I see half the place being left behind. Should our York Central MP have an understanding of place and represent its people? Or should I just be thinking along the Lab/Con lines of old and therefore just vote Labour. Sorry, I can’t. It’s more complicated than that. 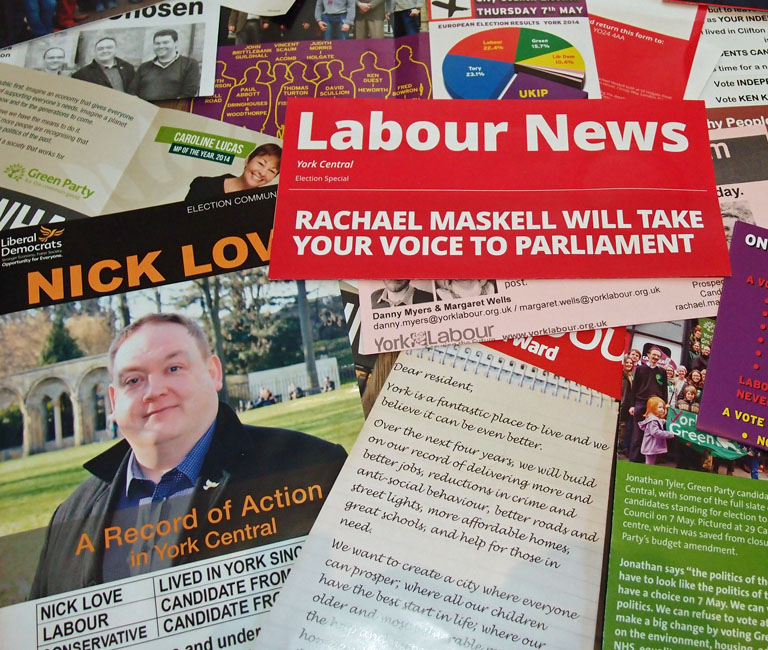 Party politics always seemed tedious, and now as I get older it seems even more so. Strange and contrived and stage-managed and essentially dull, all those confrontational adversarial goings-on as part of the election campaign. But I do have faith in our democratic processes, and I’ll always go to the polling station and do my best to make an informed choice. And everything I’ve seen is sending me towards putting my cross in a different box this time. I’m not happy about it but I feel that, all things considered, I’ve been left with no choice.

I saw most of the prospective parliamentary candidates speak at a pub hustings at The Volunteer Arms, near Holgate Bridge, last week. This tended to confirm what I was already thinking, and have been for months, that this time in York Central I would vote for either Nick Love (LibDem) or Jonathan Taylor (Green). Probably Nick Love.

It was an excellent event, well-attended. The Volunteer Arms is a pub I’ve never been to before, a really nice place, I’d recommend a visit one of these fine spring or summer evenings when all this election stress is over.

By Lisa @YorkStories • 3 May 2015 Opinions, thoughts
Tagged  election2015
To link to this page's proper location please use the > permalink