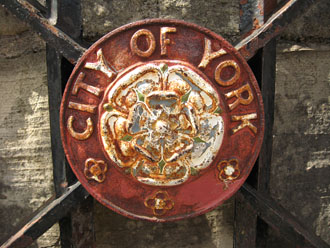 The plans for Clifford’s Tower were approved at today’s council meeting, one of many planning applications in a long meeting with a lengthy agenda.

Once again, the way it has been reported in the Press makes it look like the meeting was bad-tempered and argumentative, with ‘stinging criticism’.

I watched it and found it to be good-tempered, civilised, and with intelligent and thoughtful discussion.

Judge for yourselves, if you’ve got time to watch/listen to the discussion on this item, starting at 1hr 23 mins 21 secs.

It’s particularly interesting to hear what the representative from English Heritage has to say.

A few points from the discussion:

— these plans are the product of a long process, which has carefully examined all options

— there was a public consultation

The discussion wasn’t entirely serious all the way through. Cllr Janet Looker suggested she’d love a glass pyramid design for the visitor centre …

Two contributors felt that they were speaking for the residents of York, who, they felt, were in the main horrified at the proposed changes. I don’t get that impression, apart from vociferous comments under the Press articles, including that one above. How representative of wider public opinion are those comments? We don’t know. But I realise, over time, more and more, that it’s perhaps not wise for any of us to claim to know what ‘the people of York’ think, on this or anything else. The louder/angrier/more confident voices don’t necessarily represent the majority.

At another point in the meeting came the very valid observation that the number of objections was really quite low, considering the importance of the site. Suggesting perhaps that most people don’t feel strongly about it. Certainly I haven’t sensed a huge amount of interest on Twitter, or in reaction to this week’s page on the subject.

Anyway, I just wanted to say, and not for the first time, that I hope the number of people watching the webcasts of these meetings is growing. It’s a good way to get an insight into how the planning process works at this stage of the proceedings. It’s also reassuring to see how much discussion takes place before controversial decisions are made. It might also result in more respect for the hard work of councillors attending the meetings — this meeting seems to have gone on for four hours.

Having listened carefully to the thoughts and opinions of people doing their best to do the right thing and make the right decisions — a generally positive experience, as it usually is — I then read the first 10 or so comments on the Press article … which had the opposite effect. Like two separate worlds, essentially. Will that ever change, I wonder.

After a period of thought, readjustment to changing priorities, the need to do more work on other projects, and a feeling that online work isn’t as interesting or rewarding as it used to be, I’m now aiming to add something just once a week to this website, so the next page is due to be added sometime next week. Please sign up to the mailing list if you’d like a notification of updates.

Lisa @YorkStories is the creator, administrator, and writer of content on www.yorkstories.co.uk. She can be contacted on this link or via Twitter, @YorkStories
View all posts by Lisa @YorkStories →
Tagged  Clifford's Tower
To link to this page's proper location please use the > permalink