There hasn’t been a free council-arranged Bonfire Night firework display for years. This page records the city’s display in 2005. Certainly memorable – but mainly because of the stampeding confusion of people trying to find it. 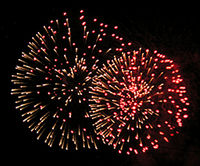 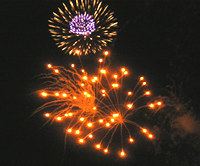 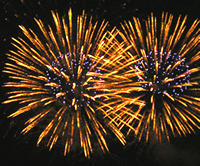 York fireworks display – 5 November 2005. The event ended up as rather a farce, as the City of York Council wouldn’t tell anyone where the fireworks were going to be, leaving local people all confused and wandering into the centre of York, then dashing dangerously in vast numbers down Bootham when it became clear that the fireworks were at St Peter’s School. Which makes sense, as Guy Fawkes is one of their famous old boys (though way back in the school’s history, before it moved to Clifton and upset Clifton folk by closing a right of way through its grounds). 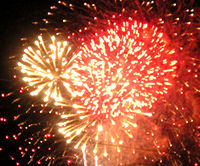 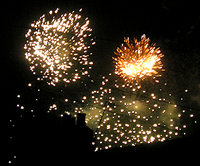 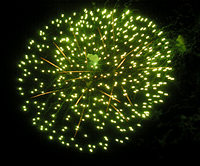 The fireworks were however enjoyed by many people who live in, or happened to be in, the Bootham and Clifton areas of York, and probably by anyone over the river in the Leeman Road area. It was also enjoyed by people at the York City FC social club, enjoying a post match drink. And I found myself at a window with a fine view of the display. It wasn’t enjoyed though by people nearby who had no warning, sudden devastating noise, and bits of firework landing in their gardens. 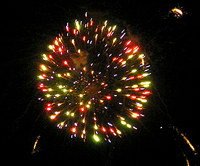 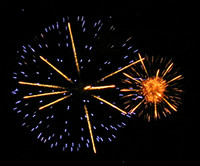 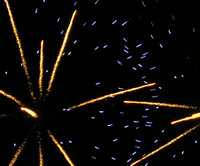 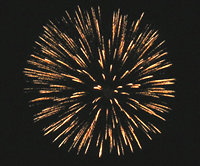 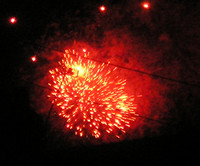 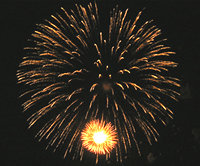 Select
this link to view an amateurish, soundless, quickly-cobbled together, hot-off-the-press,
bunged into free webspace Flash animation of the highlights of the evening’s
firework display from Guy Fawkes’ birthplace of York!