Memories of the Godfrey Walker Home, and plans for its demolition 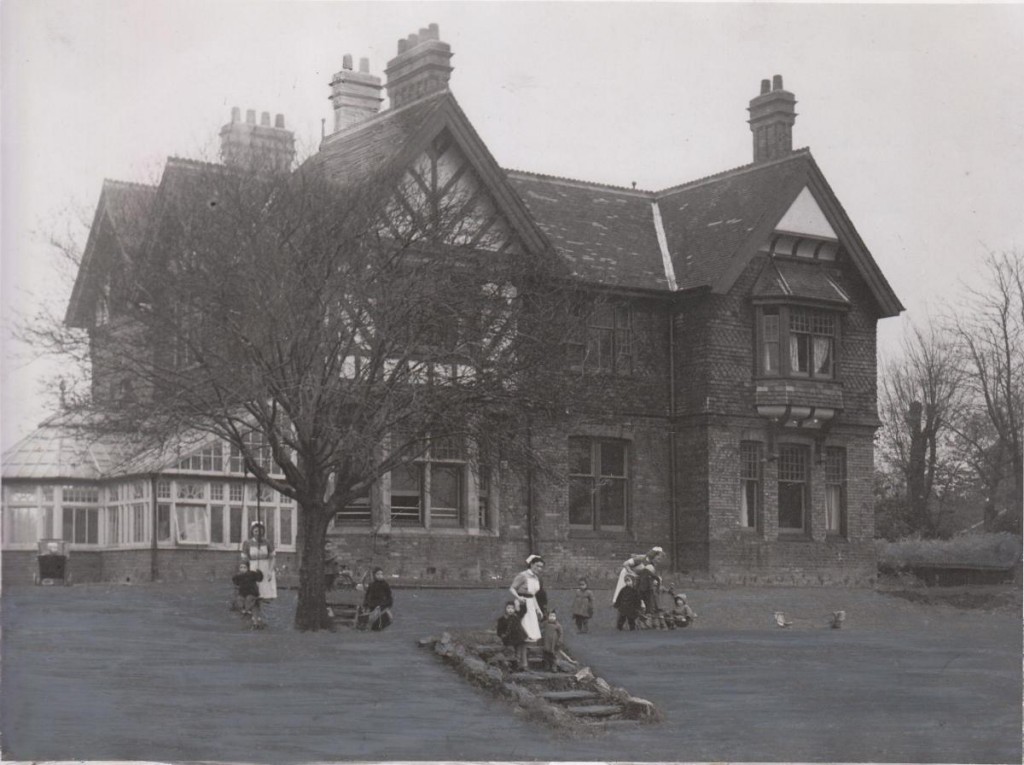 A recent story in the Press announced plans for the closure and demolition of the Carlton Tavern, on Acomb Road. Many large out of town pubs have closed in recent years, several have been demolished. But this isn’t just another pub closure story. The building has a long and interesting history, part of which is captured in this photo above, from 1948. Calling it the Carlton Tavern doesn’t do it justice. Let’s call it by one of its older names: West Garth perhaps, or the Godfrey Walker Home.

As one of the comments on the Press article mentions, before it was a pub this Victorian villa was for some decades the Godfrey Walker Home. The photo at the top of the page was taken during that time, and shows nursery nurses and children on the lawns and steps in front of the building.

This building was the reason my mum came to York, from Hull, just after the war. It was her first home here, for a year or so, 1947-8. A description of this time, written in the early 1990s as a contribution to a life story project run by the British Library, includes a page or two about the home and her time there. I thought I’d share a few extracts. Imagine, if you will, leaving the bombed-out streets of Hull, just after the war, and arriving in York, in the merry month of May, 1947:

I applied for a job as a nursery nurse with the Church of England Children’s Society. I received a letter telling me that there was a place in Shropshire, but they would try to find me one nearer home. I wrote back and told them that I had no desire to be near Hull, on the contrary the farther away the better.

In York at this time a large detached house in its own grounds had been bequeathed to the society. This was to be opened in May ’47 as a nursery for babies and toddlers up to five years. It was named after the benefactor, and known as the Godfrey Walker Home. I was offered a place here although I was only fifteen and a half. When I was sixteen, in August, I could start a two year nursery nurse course which would include two three month periods at a college in Hornsey, North London.

I arrived in York on a glorious day in May and asked a policeman the way to Acomb. As I walked out of the station I thought I had come to paradise. Brilliant blue sky, white stone walls, green grass and trees. I’d left behind rubble and debris, sandbags and all the reminders of war. I boarded a bus and the journey took me past lilac and laburnum all in their full glory. Past the park with trees of many varieties until I finally walked up the path towards my new home.

There were about six of us altogether. Girls like myself, leaving home for the first time; also one sister and a Matron. Soon the children began to arrive; babies and toddlers from all over the country.

Our wages were £2 a month. Out of this we paid a stamp of 7/6 so we had 32/6d left. Thankfully we were provided with a uniform; a green and white striped dress with a white hat and apron. I wore mine constantly. My underwear had to be washed out and dried ready to put back on the next day. Trying to buy clothing was difficult because I had to buy soap and toothpaste and so on. When the girls asked me to go out with them, maybe rowing on the river or something, I would refuse, then they would insist, and I’d have to say I had nothing to wear. One would then lend me a blouse and another a skirt.

We gave the children their tea in the playroom. Here I had my first taste of honey. We had large jars of it which was spread on brown bread and relished by all. We worked hard but it was enjoyable. Just to live in such a lovely house surrounded by a garden and in such a beautiful city was a constant pleasure.

Mum had left this employment before the photo above was taken, but she stayed in Acomb.

These photos of the building I think date from the 1990s: 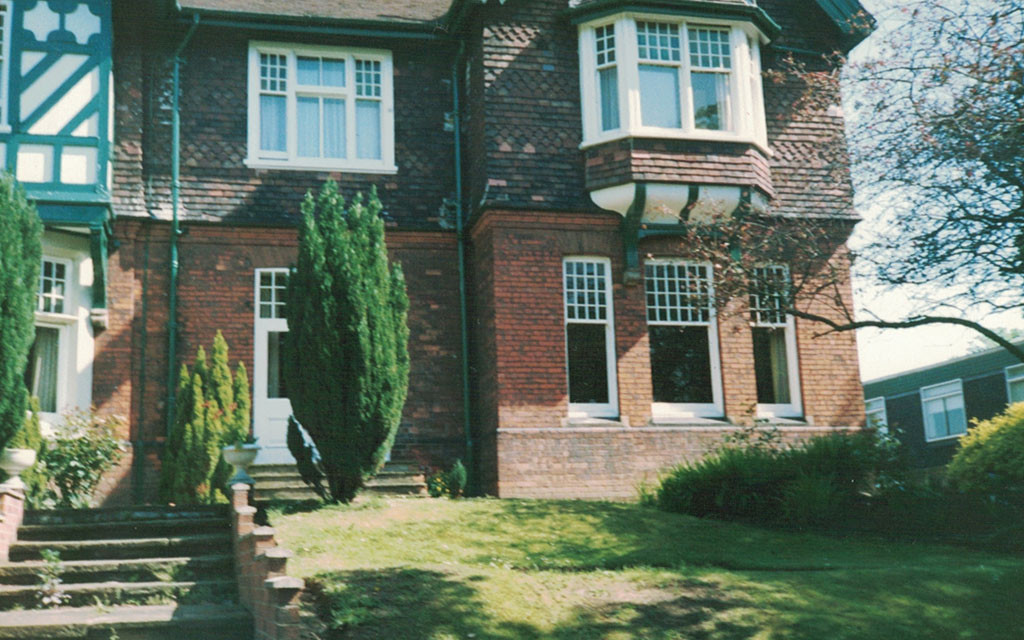 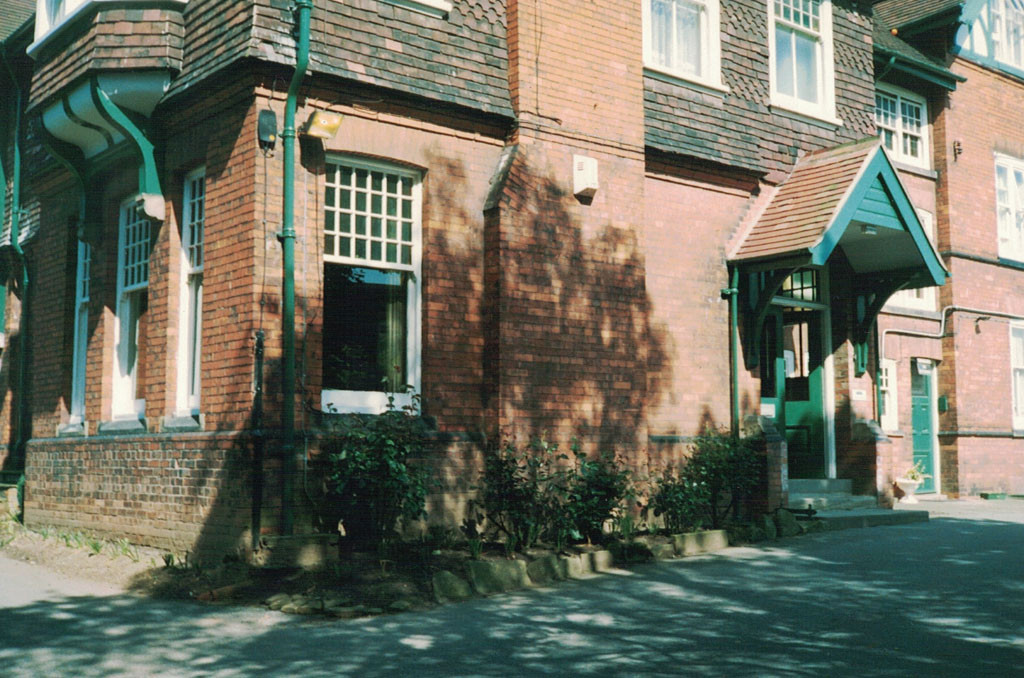 I haven’t any recent photos of it available, but Google Street view has an image of it, from 2016: 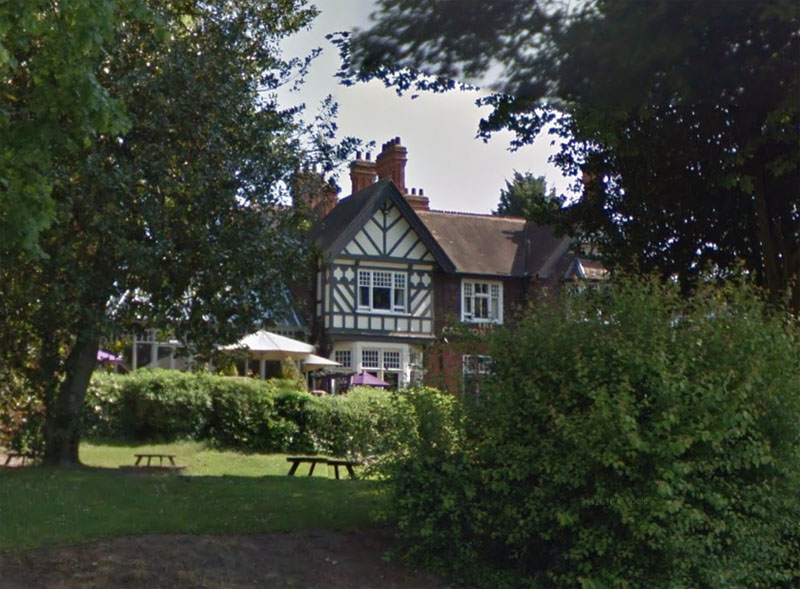 It’s a rather attractive Victorian villa, dating from the late 1880s, according to a brief mention in the Pevsner guide. (It refers to it together with Shelley House, another tile-hung Victorian villa next door. That has been demolished and replaced with a modern block of flats.) It was originally called West Garth, and available records show that it was the home of the Russell family for some years, towards the end of the 19th century.

How it then changed ownership and came to be the Godfrey Walker Home is something perhaps someone else can investigate further. For now it seems sufficient to observe that it looks not much altered, externally, even apparently keeping its original windows (though hard to be sure without a closer look). Unusual perhaps for a building that has had so many changes of use, and isn’t a listed building.

The article in the Press this week revealed that there are plans to demolish the building and replace it with a new purpose-built care home. Plans which apparently received a largely positive response at a recent consultation/exhibition to which some local residents were invited. (But then people exhibiting plans for redevelopment always say that the reaction is positive.)

Seems a shame to destroy this building. In fact I’d go so far as to use a phrase I’m not in the habit of using except when I really need to: it seems like an act of vandalism to destroy it.

I’m not thinking particularly of my own family connection to the place, and this interesting aspect of its history, but more that it makes no sense to me to destroy a solid-looking handsome building that has been adapted for several different uses over the last 130 years or so and yet still retains so much of its original character.

Why could it not be kept, with a modern development around it? If it has outlived its usefulness as a pub that doesn’t seem sufficient justification for its complete destruction.

I’m not naive, and realise that for companies owning ‘assets’ like this it’s all about how much profit they can make.

Maybe they could make just a bit less, by adapting what’s already there, and leave the entrance to Acomb with at least one characterful handsome old building. ‘The next few hundred yards and the blasted village entrance have little aesthetic appeal’, wrote John Hutchinson in 1980.

Technically I think the building is in Holgate, as the boundary between Acomb and Holgate is at Acomb Regent, just along the road, so I’ve been told many times.

Whether we think of it as in Acomb or in Holgate, whether we call it the Carlton Tavern or West Garth or the former Godfrey Walker Home — should it go the same way as the 19th century Burnholme WMC building, and Burton Croft, and North Lodge at Clifton, and the lodge at the old fire station, and so many other Victorian buildings demolished in the last decade or so?

There’s more information on the Godfrey Walker Home in the online catalogue of the records of the Children’s Society, on this link.

Lisa @YorkStories is the creator, administrator, and writer of content on www.yorkstories.co.uk. She can be contacted on this link or via Twitter, @YorkStories
View all posts by Lisa @YorkStories →
Tagged  Acomb, Carlton Tavern, Holgate
To link to this page's proper location please use the > permalink