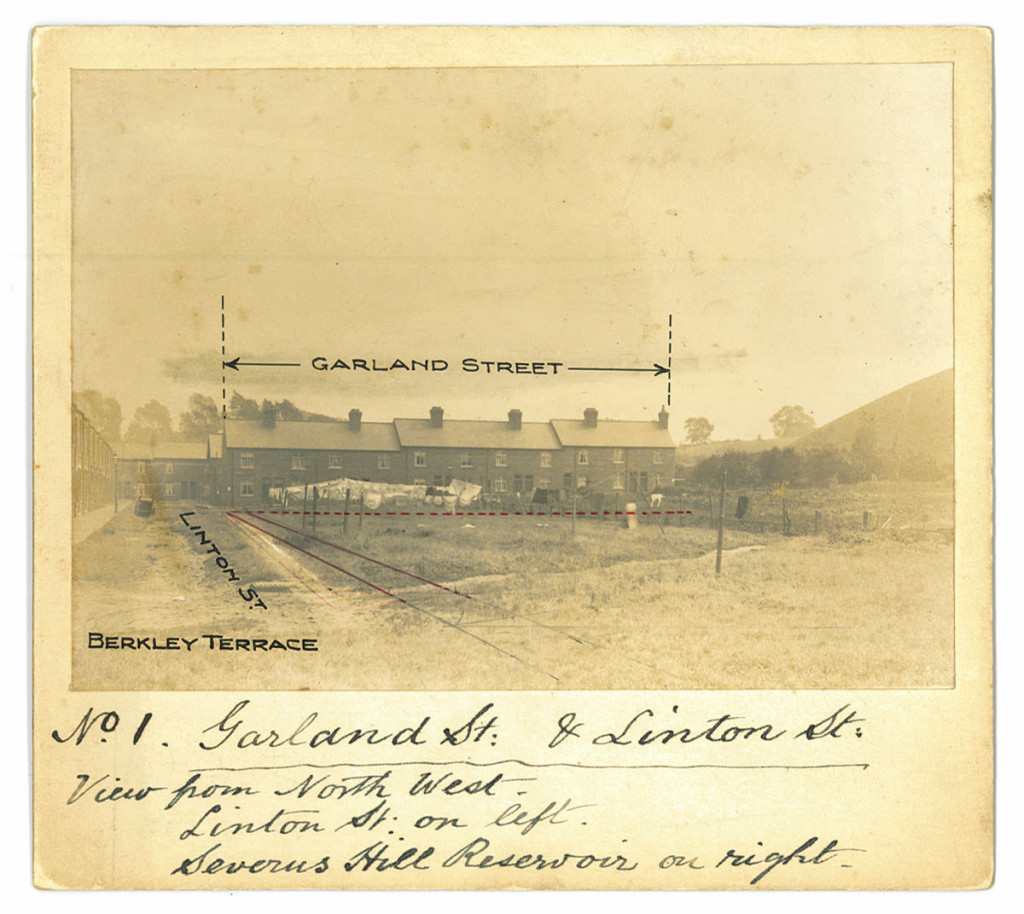 I’ve recently been sent a fascinating batch of old photos, taken in about 1913. Well, I think they’re fascinating. They’re ‘right up my street’, and if you live on Linton Street this one is literally right up yours.

Many of these are already online in the city archives collection, but without their handwritten captions. The captions add an extra layer of interest to these photos of mundane things, ordinary streets.

I have fifteen of them, numbered, and it seemed logical to start with number 1. Which I don’t think is included in the city archives online collection, presumably because of the writing on the photograph itself.

Why has it been written on? More on that story later.

This particular view has changed, as you might expect, in the intervening century. The mound of Severus Hill is no longer visible from here, as houses were later built on the site. In the meantime it appears to have been put to good use by the women of Garland Street and Linton Street as a convenient place to hang out their washing.

21st century view of the same:

Lisa @YorkStories is the creator, administrator, and writer of content on www.yorkstories.co.uk. She can be contacted on this link or via Twitter, @YorkStories
View all posts by Lisa @YorkStories →
Tagged  Fairbank archive
To link to this page's proper location please use the > permalink