By the barracks, one evening, April 2011 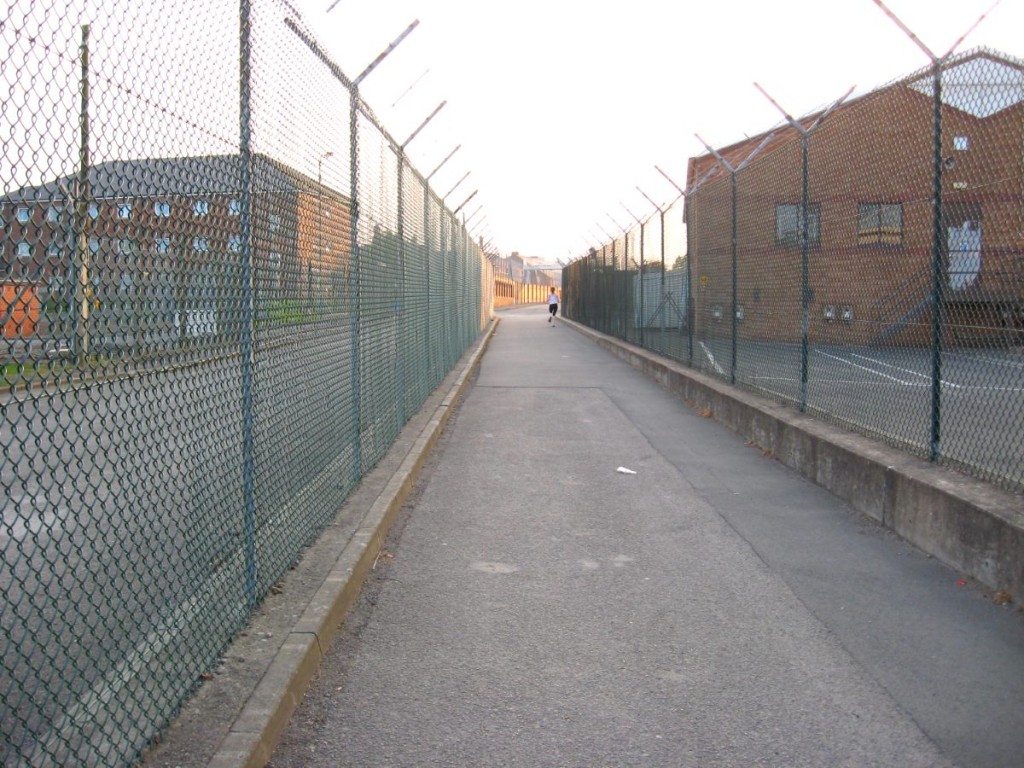 Not your typical view of York, which is why I thought I’d include it. Because, as I hope is generally obvious, I’ve always been interested in getting beyond the obvious and conventional representations of York.

Sometimes I pass through areas of the city less familiar to me, perhaps not really known at all, and catch them in a particular light and have to stop and take a photo even though it’s not convenient. This was one of those times, and it wasn’t convenient as I was out on my bike, but the light and the converging strong lines and the woman running combined to make a striking image.

We’re on a path from Walmgate Stray to Fulford Road, alongside the barracks, between areas of MoD land, hence the high forbidding wire fences.

There’s a strong ‘sense of place’ here. It’s one of the most atmospheric and interesting places I’ve been through in my explorations of the city and its suburbs. Perhaps because of the military hardware and military buildings filling the land alongside. Perhaps of the strong perspective formed by the high wire fencing vanishing off into the distance. Perhaps because of the way the light catches that handsome old wall at the other end where the lane widens out.

At the end of it we emerge with Hospital Fields Road opposite, and perhaps cycle down it to reach the riverside and Millennium Bridge.

This lane between the stray and Fulford Road is much older, visible on 19th century maps and an important right of way now for walkers and cyclists.

I don’t know if it has a name, I couldn’t find one. Barracks Lane, perhaps. It, and Walmgate Stray behind it, are worth a visit.

Local knowledge and insight welcome as always — please add a comment if this is your side of town and you can add further information. I’ve just drifted through here a few times, and know that only those who walk through regularly for years properly know a place.

The suburbs character statement (Area 64) on the City of York Council website may also be of interest.