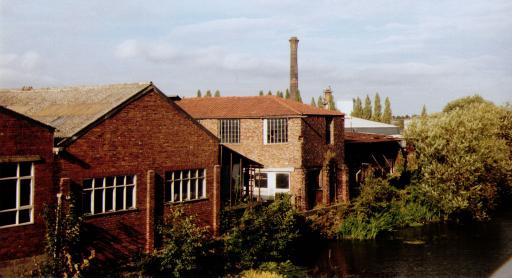 Foss-side buildings in 1990. I don’t know what these businesses were, but the buildings are long gone.

Where they once stood, it’s now mainly open space, still awaiting redevelopment. The new apartments built in recent years are to the back of this view, close to the line of trees.