What has heritage ever done for us … on Saturday 20 June was an excellent and well-attended event, with thought-provoking talks and discussion. Helen Graham invited me to write a piece in advance of the event, to contribute to the mix of views represented. Seems sensible to include it here, so here it is.

I’m one of those York born and bred people. I know we can be annoying when we go on about this, and that we can make other people who’ve moved here more recently feel like they’re not accepted and don’t belong. I don’t want to do that, but I do have to write from the perspective of someone who has lived here for 40-plus years.

Heritage is what we inherit. And if you’re born in a place and live in it for decades then you have a weightier inheritance to think about, assuming you’ve grown to have attachments and understandings about the place, as most of us do. I’m thinking not just of the built heritage but of a cultural heritage too.

Concerns about the protection of heritage are often dismissed as ‘fear of change’. I’ve often thought, if I did fear change as much as members of the ‘heritage brigade’ are accused of doing then I’d be cowering in a corner silent and terrified by now, as there’s been so much change.

York-born people of my generation and older have seen enormous changes in recent decades. The factories where so many people worked when I was a child are now part of our ‘heritage’ rather than workplaces. The city turned towards tourism and welcomed visitors, more recently it has seen a massive increase in the student population and residents who have graduated from the universities. This has changed the feel of the place quite dramatically. It’s most noticeable probably in the Walmgate area, where we now have the interestingly named ‘Student Castle’.

I’ve found it troubling the way heritage and ‘new stuff’ have recently been set up as if in opposition by members of the growing creative sector. Heritage is often portrayed as some dull dusty thing getting in the way.

The UNESCO designation as a City of Media Arts and associated plans for the Guildhall provoked particularly heated debate, emphasising the divisions between different communities within the city.

“The proposal for the Guildhall complex is part of a bigger picture and demand being pushed through the city by the creative sector” said an article in oneandother.com. The UNESCO designation is “about York pushing forward” suggested a recent piece in the Press. There seems to be quite a lot of pushing going on. It’s no wonder some of us feel a little concerned, and fear that the things we care about will be pushed out of the way, destroyed or silenced.

Recently on Twitter I noticed a photo taken in Beverley, in East Yorkshire, some decades ago. A photo of a bus going through Beverley’s North Bar. The bus had a really unusual shape, at the top. Not flat and wide, but with the sides of the roof at an angle, forming a more pointed roof. The roof matched the shape of the North Bar’s opening and allowed the buses to go through it. A solution to heritage being ‘in the way’ of the needs of 20th century life, an imaginative and thoughtful one, and a local one.

In Beverley, to help with traffic flow, they could have knocked down the bar. In York we nearly removed ours, and took the barbican from most of them. No doubt at the time the ‘heritage brigade’ were seen as trying to stand in the way of progress … 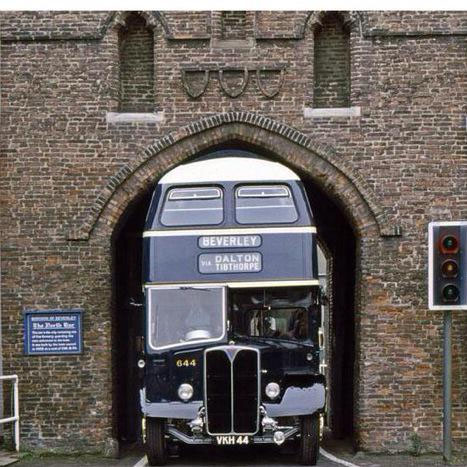 For the future, I would like to see us broaden our awareness and appreciation of heritage to include the places and experiences perhaps more resonant to groups of people currently under-represented in the many dialogues about the city’s heritage. Many voices remain unheard.

It’s clear that those who know how to get support and funding will have a clear advantage, and that there are many people left on the periphery unable to influence decisions on heritage or have their stories and experiences recognised as part of York’s story. I fear that the dominant narratives will end up wiping out or obscuring the local distinctiveness, ignoring what is already known. A challenge for the future is to make sure that the less visible heritage and the quieter voices are recognised and recorded. 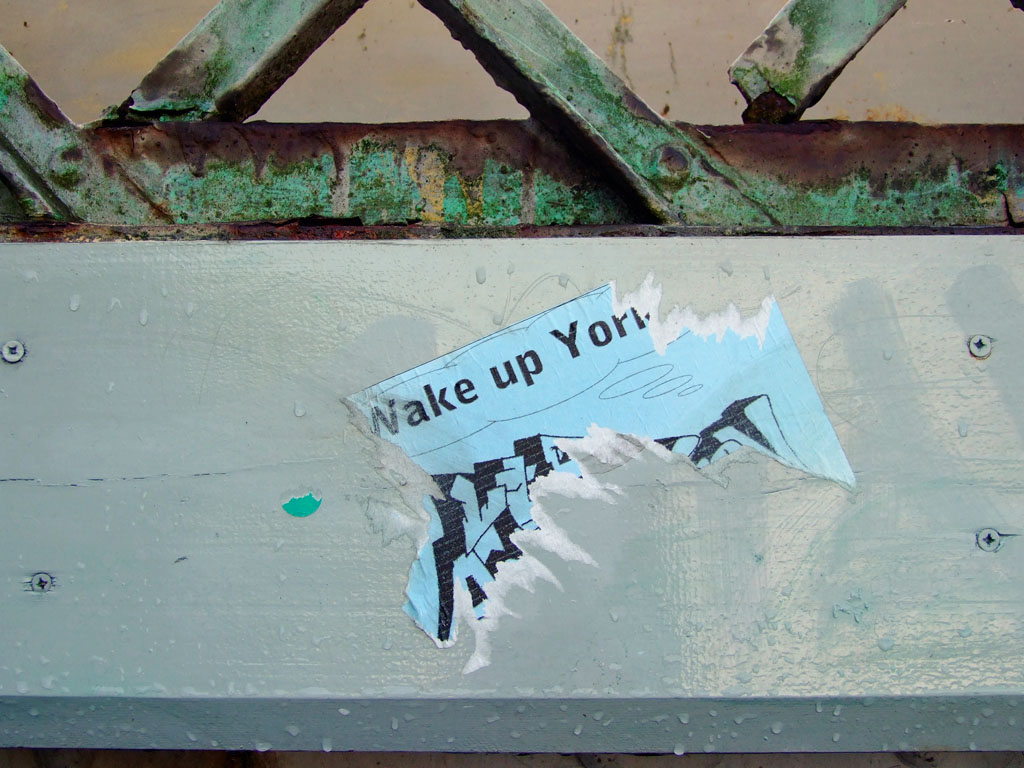 The quieter voices are always welcome here, have been recorded here for many years. If you’d like to help support this site that would be much appreciated.

By Lisa @YorkStories • 22 June 2015 Opinions, thoughts To link to this page's proper location please use the > permalink.