This is one of my favourite local green spaces, and I’ve mentioned it before. It’s next to Homestead House, the head office of the Joseph Rowntree Foundation, originally Seebohm Rowntree’s house, 100 years ago. Since then the land behind the house has been maintained for the benefit of local people. 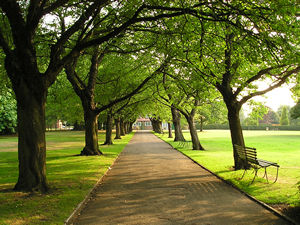 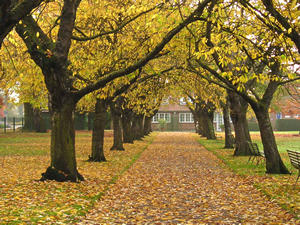 The tree-lined walkway is in the central part of the park – shown in summer and with the fallen leaves of autumn. 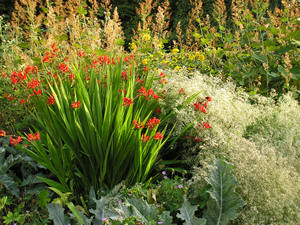 Whether you prefer green spaces that are wild and left natural, or tidy, well-maintained parks like this one, I think we can all see that when someone bequeaths a piece of land as a park they are giving us space, and greenery, and most importantly, a view of open sky. Increasingly valued, by many of us, as York becomes filled with apartment blocks that block out increasing amounts of sky.

With ground staff often present, and an air of order and calm, it still feels rather like someone’s back garden – albeit a large one. 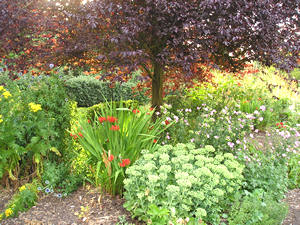 This one has several different areas around its central open space, with some very handsome herbaceous borders for those with horticultural interests.

The park stretches across the corner from Water End to Shipton Road, with an entrance on both roads, so you can walk through and incorporate it as part of a circular wander through the delights of Clifton. Many people seem to walk through here on their way home from work – probably a good place to wind down from the stresses of a working day. 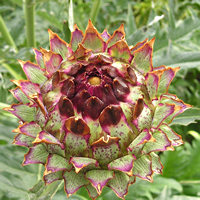 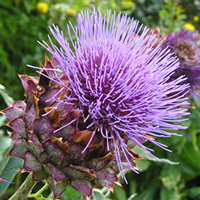 Particularly striking are these – I think they’re cardoons. The bees would collect in the flowers, loads of them, searching for pollen, making those filament-like purple bits move gently like sea anemones underwater. 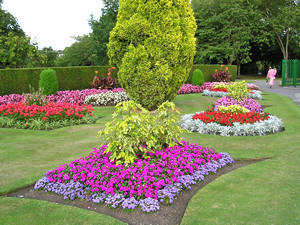 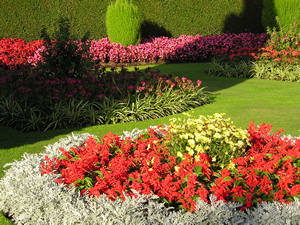 If you like your flowers more in the traditional park style, they have these too. A lot of work goes into this area of zingy-coloured formal bedding. These large beds are planted up a couple of times every year. 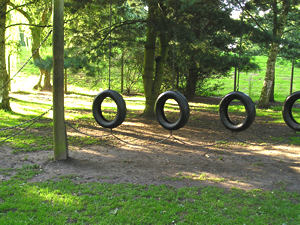 Children are particularly well provided for – and the playground here is usually full of children, as it has been for 100 years or so, since Seebohm Rowntree since invited local children to use this land. Nowadays – apart from the recognisably old-style tyre swings – the play equipment is much more sophisticated, with all kinds of interesting-looking structures, which unfortunately I’m far too old to play on.

I think I visited here though as a child, and have vague memories of the 1970s version of this playground – rather more basic metal-framed swings perhaps. 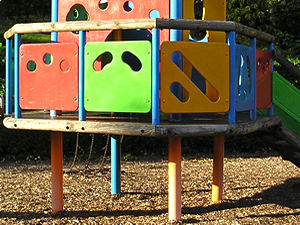 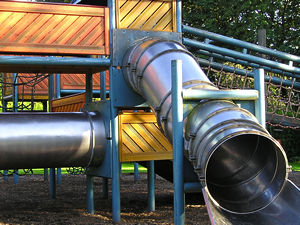 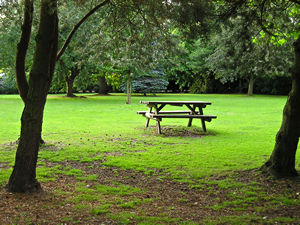 If you’re too old to play on the swings and climbing frames, and would prefer a nice quiet corner and a sit down, the area of the park near the Shipton Road entrance is a more naturalistic kind of spot, with grass and trees and picnic benches. On some bright winter mornings, I’ve noticed the occasional person sitting here at one of the picnic benches, braving the cold, making the most of the winter sun. 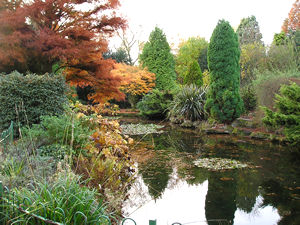 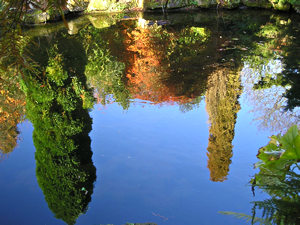 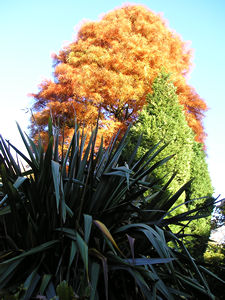 The best part of this park, perhaps, is the carefully landscaped area fenced off, in a quieter corner, where a winding path takes you around an ornamental pond, across a little bridge over a small stream. Huge fish glide through the pond, which reflects the sky and the handsome trees and shrubs around it. This area was obviously created and planted up long ago. It’s in an area protected by railings and a gate, and on my first few visits, the gate was locked every time I visited. It was a small magical moment the first time I visited and found it unlocked, and could go off for a wander down its winding path.

It’s like a miniature version of an area of Harlow Carr gardens I remember being enchanted by as a child, where there are interconnecting ponds and streams and little bridges over them, and paths all about that disappear around corners. 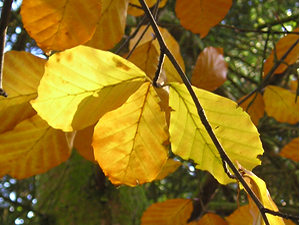 It’s particularly handsome in autumn, with the leaves turning colour. For any tree-hugger, there are a number of particularly huggable trees.

And while I’m mentioning trees – recent family history research shows that a branch of my family tree spent some years living in Clifton, near Clifton Green, at the end of the 19th century, into the early 20th century. They moved from what sounds like the very cramped housing in a place called Cowl’s Yard (since cleared) to a small terraced house on the other side of the Green. Like all the other working-class families they didn’t have the luxury of space, or a garden.

They would have been living in Clifton when Seebohm Rowntree first opened his garden to the local children. Many generations since then, and still we’re all invited to enjoy this area of green and pleasant land.