I’m a devotee of libraries, considering them fundamentally noble and important places. There has however been concern over the role of libraries, and how many people are using them, and how accessible and welcoming they are. Modernisation was considered necessary, and our main library in town closed for seven months, for major refurbishment work.

I liked the library as it was, and feared the changes. Over the long cold winter, bereft of the opportunity to wander down here and have a browse on dark winter evenings, I’m sure I wasn’t the only one worrying about the ‘improvements’. I feared they would mean discarding charming small-press publications such as The Sacred Wells of Yorkshire and the wonderfully-titled Strange Pocklington in favour of more Dan Brown novels. And that because silence is seen as old-fashioned, children would be encouraged to run up and down shouting between the shelving. Over the long months of library closure, the doubts grew.

In fact, it’s really good. What a relief. 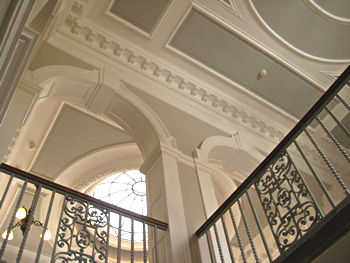 The decor is particularly handsome and stylish, in muted neutrals, bringing out architectural details which may have previously gone unnoticed. Some of the shelving too apparently dates from the library’s opening in the late 1920s, and I hadn’t really appreciated its handsomeness until viewing it in this much brighter, uncluttered room. I’d never noticed before just how many windows there were above, with light streaming in so brightly that when the sun is at a certain angle it’s sometimes necessary to shade your eyes with your hand in order to see the books.

They hadn’t sawn up the old shelving for firewood. They hadn’t, as I’d feared, abandoned the Dewey Decimal System and left the books in a heap on the floor.

The place wasn’t, when I called, full of mobile phones ringing and children running up and down screaming. It was noticeably less quiet, with a few people, customers and staff, almost shouting their conversations, as if they’d always wanted to shout in a library, and had perhaps been waiting for the opening through those long months, building up volume in the process. 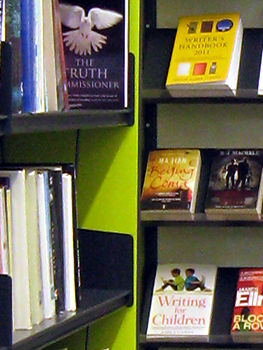 There were a lot of new books visible, I noticed many in the history section and other non-fiction areas. I have heard though from a couple of other people that the fiction stock seemed a bit disappointing. Perhaps many of the novels are still scattered around the households of York, as before closure we were encouraged to borrow as many books as we wanted. A good idea, as it meant fewer books for library staff to pack away, and also meant I was able to have a small reference library of my own at home all winter. Presumably other people have similarly large stocks of library books still at home, and these will be drifting back in over the next few weeks.

There’s another noticeable change to the general atmosphere of the place, apart from those mentioned above. I was briefly perturbed by a strange aroma, and was about to start yelling ‘Fire!’, when I realised it was the smell of a perhaps slightly overdone teacake or similar snack, wafting from the newly-installed cafe. 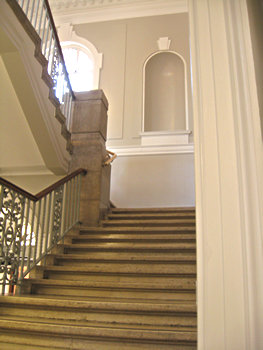 This revamped library is now officially called York Explore. I think I’ll still be calling it York Central Library, or just ‘the library’, which seems like an accurate and easily understandable name. York Explore could be anything. A York-based walking group, or a guided tour bus company. It’s likely it will work out as it did when the football ground was renamed for a while. Officials such as BBC radio match commentators had to call it Kit Kat Crescent, while everyone else carried on calling it Bootham Crescent, totally ignoring the rebranding exercise.

Perhaps though there will come a time when I realise I have to call it ‘York Explore’ because everyone else is, and if you don’t you’ll start sounding odd and old, like when people refer to listening to something ‘on the wireless,’ when they mean the radio.

In the meantime, much relief and indeed gratitude, as the library’s not all ruined after all, but is probably more like it was meant to be, architecturally, when it was built, now with modern technology added. And they even had, in the first few weeks, friendly library staff waiting to greet you at the door. What a great place it is.