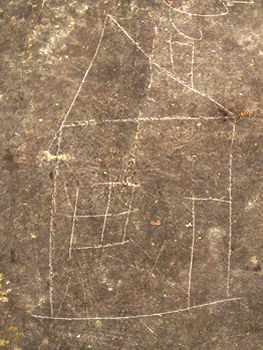 Even in the days of spray-paint and marker pens, traditional graffiti persists. This example was noted in November 2011 in Dean’s Park, by the Minster, defacing the handsome stone bench. These children – vandals eh?

Apparently, some of the modern graffiti ‘tags’ are symbols of territory between rival gangs. Don’t think that applies here, unless gang culture has developed massively among the under eights. 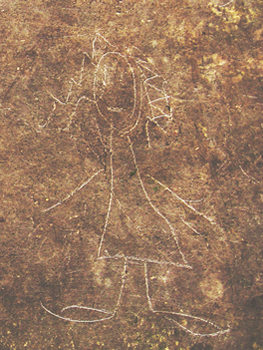 It looks like these drawings have been made by scraping the surface of the stone with another bit of rock. I recall children doing this in the 1970s on garden walls and the like, and on pavements – and this traditional approach goes back even further, to the original ‘graffito': ‘a method of decoration in which designs are produced by scratches through a superficial layer of plaster, glazing, etc., revealing a ground of different colour.’ (OED) 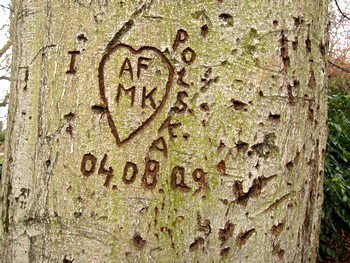 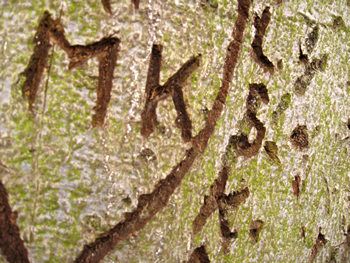 Another traditional site for graffiti is the tree trunk, usually used for love-related carvings. In 2009, one couple – Polish apparently – carved their love into a tree in York’s Museum Gardens. Note the ‘I’ to one side of the heart, which seems unconnected. Perhaps one of them was starting to carve a statement of love to the other, and it then turned into a mutual declaration of love/tree-mauling exercise. This is either a) romantic or b) vandalism, or maybe both.

An earlier example was noticed on a walk by the riverside, near Hemingbrough. In 1971, ‘ADW’ carved his initials into a tree by the river. Nearby – undated, but presumably from a similar era, another tree bears the scars of three couples carving their initials in its bark. 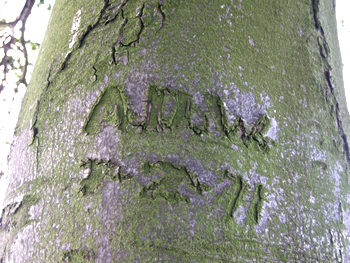 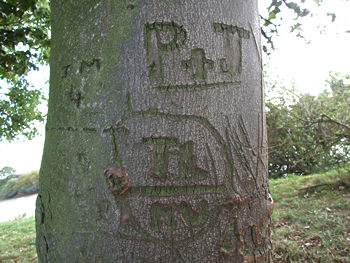 I did a quick Google search and found an interesting page with photos of trees covered in such carving. The photographer calls them ‘arboreal scripts’. 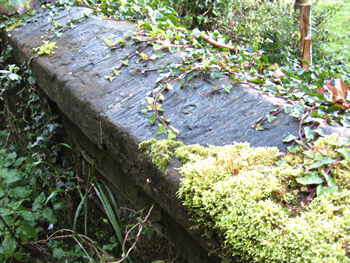 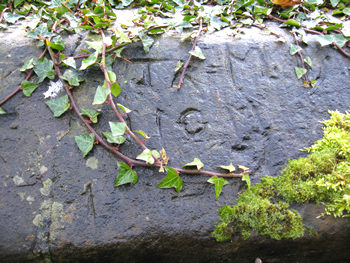 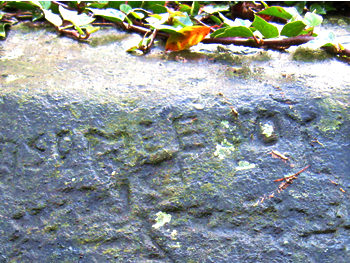 Carving into trees or stone leaves a more lasting mark than paint. This carving of rural trees and village stonework is also ‘graffiti’, but tends to be seen as an interesting curiosity, rather than a blight on the landscape.

In a lane near the church, in Birdsall, this section of stone coping is now partly covered by ivy and moss, but still visible between the greenery are initials – and the word ‘SOMEBODY’ carved into the stone, decades ago.

Similarly, as mentioned elsewhere on this site, on a side wall of Alne church – famous for its carved Norman doorway – is what appears to be a series of names and initials carved into the stone in the 19th century. Though modern graffiti writers wouldn’t generally deface churches, it looks as though the parishioners of old sometimes did.

The Culture and Politics of Graffiti Art and Graffiti Q & A, from graffiti.org

Graffiti: definitions and information, from urbandictionary.com