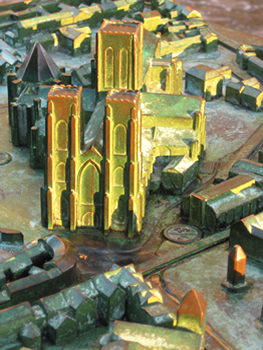 If you’re a resident, what do you see as the most important issues in York at the moment?

And here are the answers left in response:

I’ve pulled out a few of the comments I found most striking.

… Creating a connection between people and their city, a sense of ownership – York doesn’t belong to those easily-labelled groups that dominate the news and the political agenda (‘motorists’, ‘tourists’ etc) but to everyone.

… would prefer redevelopment of existing sites to further expansion of York’s boundaries, and a long-term vision for York rather than short-sighted political opportunism.

… I know tourism is a major revenue earner for the city (especially in the context of government cuts and loss of traditional industries) – but there is a risk of the city being changed to meet the requirements of visitors rather than to serve its residents.

By Lisa @YorkStories • 11 May 2014 Opinions, thoughts
Tagged  survey
To link to this page's proper location please use the > permalink