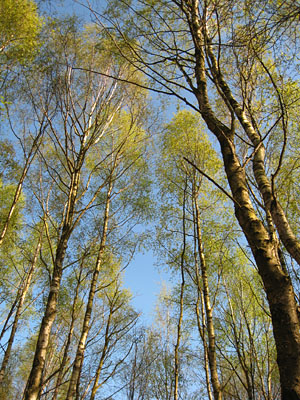 i thank You God for most this amazing
day: for the leaping greenly spirits of trees
and a blue true dream of sky; and for everything
which is natural which is infinite which is yes 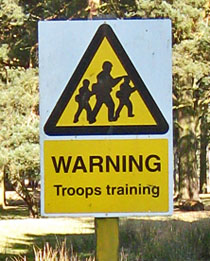 Strensall Common is a place I’ve discovered only in recent years. It wouldn’t have occurred to me to make an effort to visit it when I was younger. Possibly because anything called a ‘Common’ sounds a little uninviting and drab. Possibly because I thought it was only there for use by the nearby barracks. Parts of it still are, as these signs indicate. Don’t be put off — it’s nice in here. Let’s have a walk. 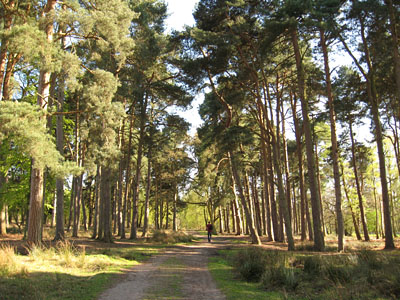 As the information signs explain, the fact that it has been used by the military since the late 19th century has preserved it, protected it from development.

This is a small remnant of the Forest of Galtres. If thought of with that title it’s a lot more alluring, isn’t it. Magical even. And in case you were wondering, that’s pronounced ‘Gawl-trees’, apparently. 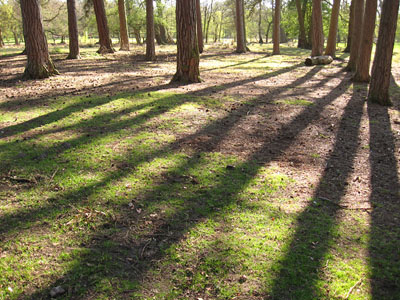 We weren’t intending to end up here. We went to Skelton garden centre and then had a vague notion of going for a walk in some woods. Normally we plan a route, but hadn’t, and ended up driving around to the north of York, being diverted unexpectedly by a closed road, then sitting in the car for any longer seemed silly on such a beautiful afternoon, so we decided to head back towards town and have a short wander through Strensall Common. It just seemed necessary to be outside and near some trees and open space. 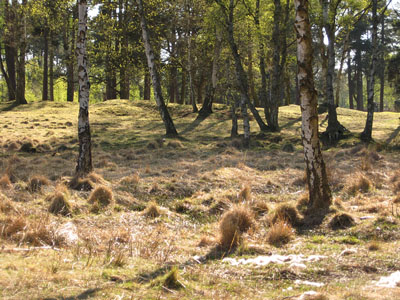 This small area includes a surprisingly varied landscape, perhaps more obvious if you’re taking photos. Pleasing repeated patterns and textures, patches of a particular type of plantlife nestled in next to massive old trees or clusters of slim-trunked birch. 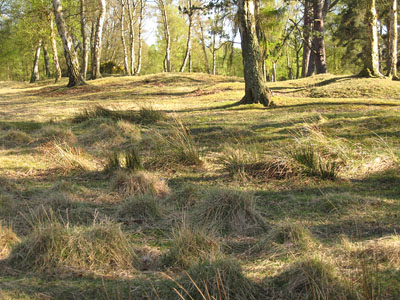 Hidden within all this are creatures great and small. The small includes, according to the information boards, the dark-bordered beauty moth. Also mentioned are minotaurs and tigers … the minotaur beetle and the tiger beetle also live in these parts, scurrying about. In summer you might see a rare golden-ringed dragonfly. 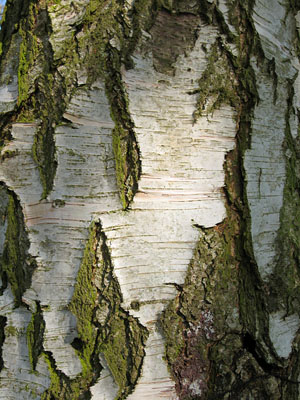 A bit too early for that I think. It’s all just waking up after winter. It’s probably quite handsome here in winter too, with all these handsome-trunked trees. 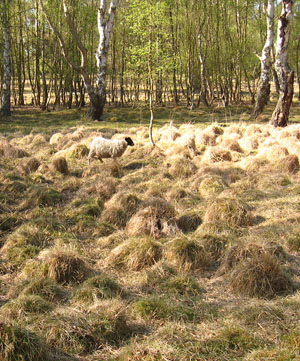 The larger creatures emerged quietly as we wandered. Spot the fleecy beast across the tussocky vegetation. 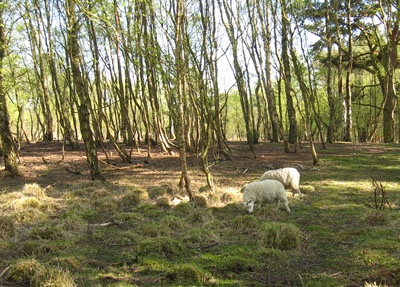 Guaranteed to calm the mind and bring peace and tranquility and perspective, standing quietly in a wooded area while sheep or cattle feed on the natural vegetation. Very soothing the sound of these animals nibbling away at the grass under the trees, chewing a bit, moving on, chewing a bit. All placid and focussed only on what was right in front of their noses.

By Lisa @YorkStories • 9 May 2013 Beyond York, Green places To link to this page's proper location please use the > permalink.