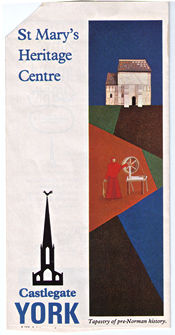 Back in the mid-1970s the church of St Mary’s on Castlegate found a new lease of life as the St Mary’s Heritage Centre. I wouldn’t have remembered this had I not recorded its existence in one … More … → 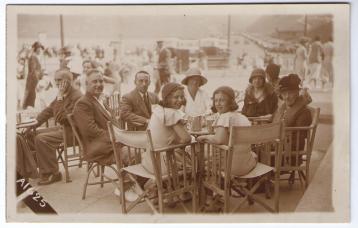 This photo – printed as a postcard – was taken in Scarborough, in August 1932. Helpfully, someone has written this on the back. It was taken by ‘North Bay Snaps’, who were clearly very active at the … More … → 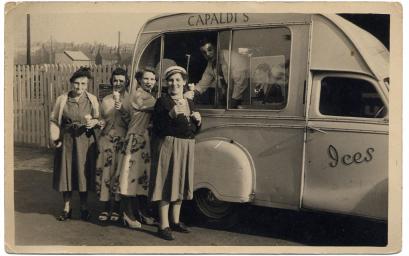 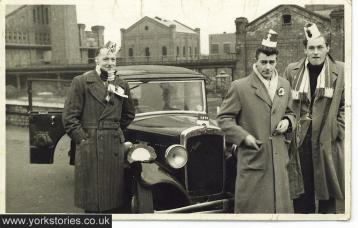 On their way to the FA Cup semi-final, in 1955. We try to deduce exactly where they were standing in relation to the gas works pictured behind them, as all those buildings are now gone.

A simplified version of the civilian war dead list. Addresses in the York area where civilians were killed by bombing on the night of 29 April 1942. Explanatory notes and links are included below. You can also view the Google map. 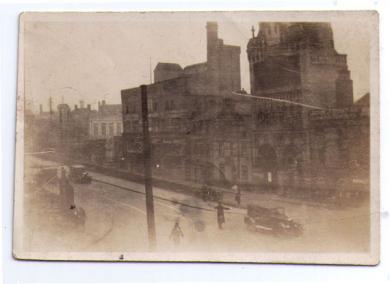 It’s small, very pale, and faded, but recognisable as a view of Tanner’s Moat (click to enlarge the view) … More … → 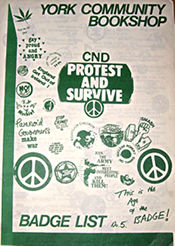 Before social media provided us with convenient ways of demonstrating our tastes to the world, we had badges.

Proof that we had a veritable barrage of … More … → 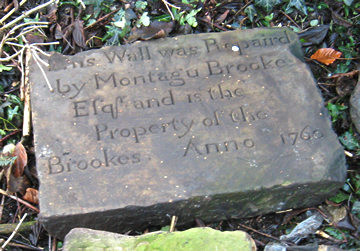 A year ago, when having a quick look at the since-demolished hutments behind the art gallery, I noticed this stone among the mucky shrubbery and litter.

Proper history, stumbled upon. Not packaged up and … More … →