An interesting building by the Foss: planning application 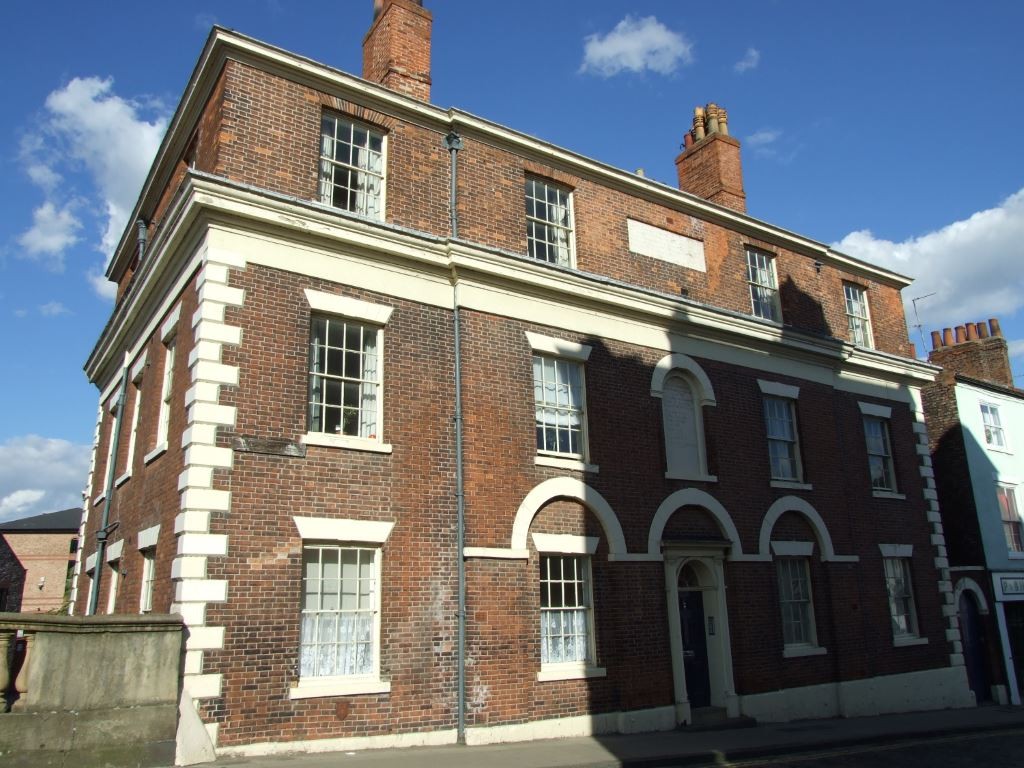 We’ve just been pondering a building next to the Ouse, and thinking about flood risk. Let’s move over to the city’s other river, to a building by the Foss, alongside Foss Bridge. Pictured above in 2007 (and pictured below more recently).

We’re at the point where Fossgate and Walmgate meet. For many years I assumed that Walmgate started at the end of Merchantgate, but no, it starts at this building at the bridge, 2 Walmgate. That wooden street sign near its corner indicates that this is the start of Walmgate, but its painted lettering has worn away.

This building was built as an almshouse, paid for by Dorothy Wilson. It seems it’s still called Dorothy Wilson’s Almshouse, though it hasn’t had that charitable role for some decades. It was converted to flats back in the 1950s, apparently, and these are now rented out. 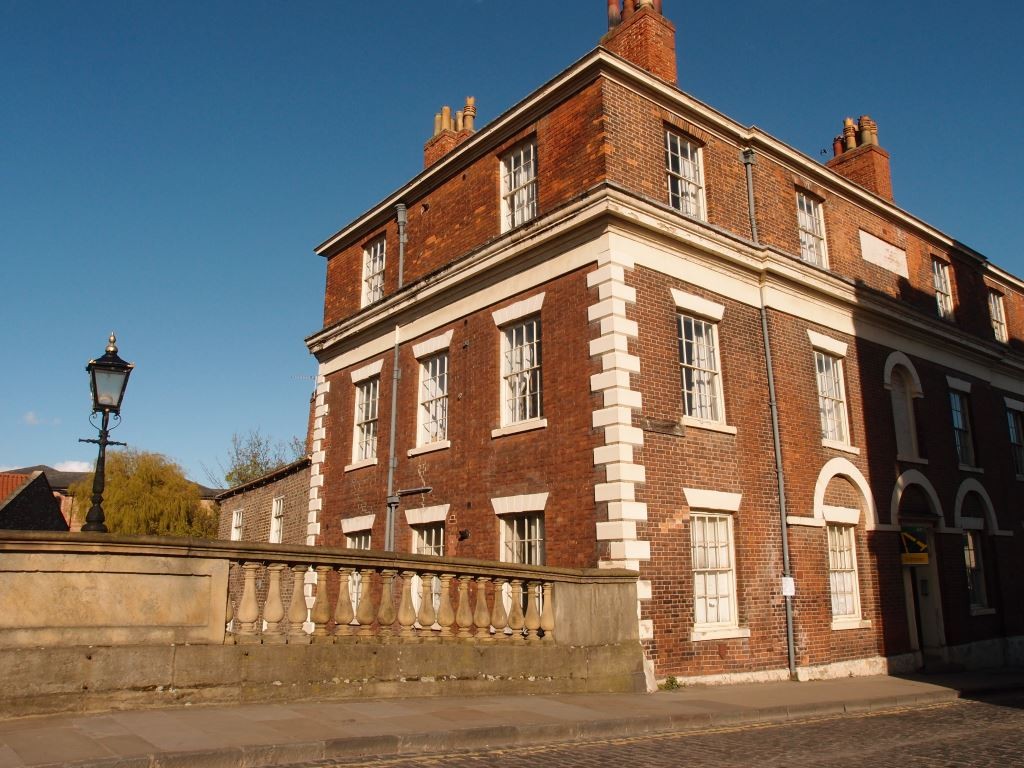 One of the reasons I wanted to move on to looking at this building and its planning application straight after the previous page is because there’s a link, in that both buildings are alongside rivers and both therefore are at high risk of flooding. Though of course here, by the Foss, the Foss Barrier had lulled everyone into a false sense of security, until its failure in December 2015 resulted in sudden and unexpected flooding of some of the lower parts of Walmgate and Fossgate. Including part of this building – the former school master’s house at the back. The Design and Access Statement (see links at foot of page) states:

This demonstrates that the continued use of the Former School Masters House for residential use carries a high flood risk and would therefore impact on the potential sale value for private residential use.

The high level of flood risk associated with the ground floor accommodation which was demonstrated in the recent floods in December 2015 whereby the School Masters House and basement areas were flooded has a considerable impact on the potential sale/letting of the ground floor for residential use.

This photo of the side of the building clarifies just how close to the river it is. 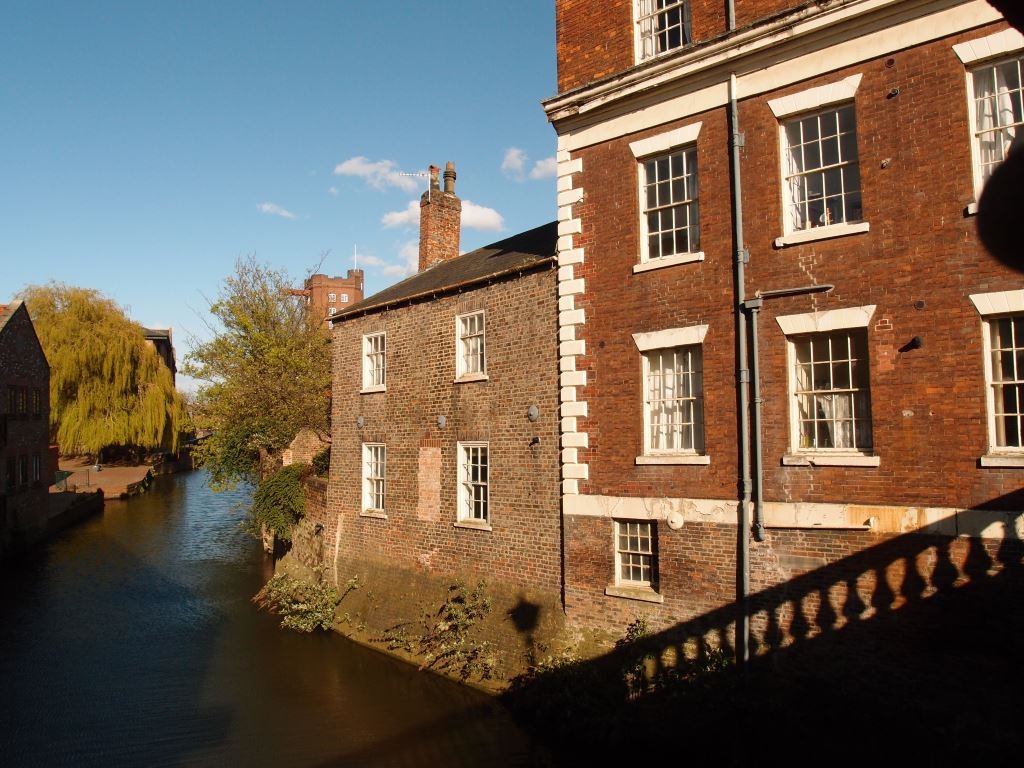 The Design and Access Statement also refers to the rather shabby state of the building, which has ‘suffered from lack of investment over recent years due to the constraints imposed by the existing plan form and limited areas within each bedsit, which has restricted the use of the building for low value residential accommodation’. It stresses that the current planning application, if approved, will ‘facilitate the upgrade of the exterior envelope of the building’.

Again, and as always, it comes down to what’s economically viable/profitable. The available documents could be seen to present a convincing case: that the residential accommodation within the building is rather cramped, and dated; that the exterior is suffering from a lack of maintenance; that the potential flood risk makes the ground floor residential option rather unappealing and risky; that it might be more practical instead to add another restaurant to the ‘vibrant’ local scene in this area.

Perhaps of most interest to anyone interested in historic buildings is that the proposed restaurant use would allow more members of the public to see inside this building — or at least those who could afford to eat there, if it were to become a restaurant — which would be more people than can see inside it at present.

Though the Guildhall Planning Panel object to the plans:

We object to the major internal re-partitioning as per the last time it was submitted. Disagree that bricking up windows and abandoning residential use is an appropriate response to recent floods. Just because the property has flooded is no reason to damage this fine building to create another restaurant in an area overrun with eateries and this should refused. 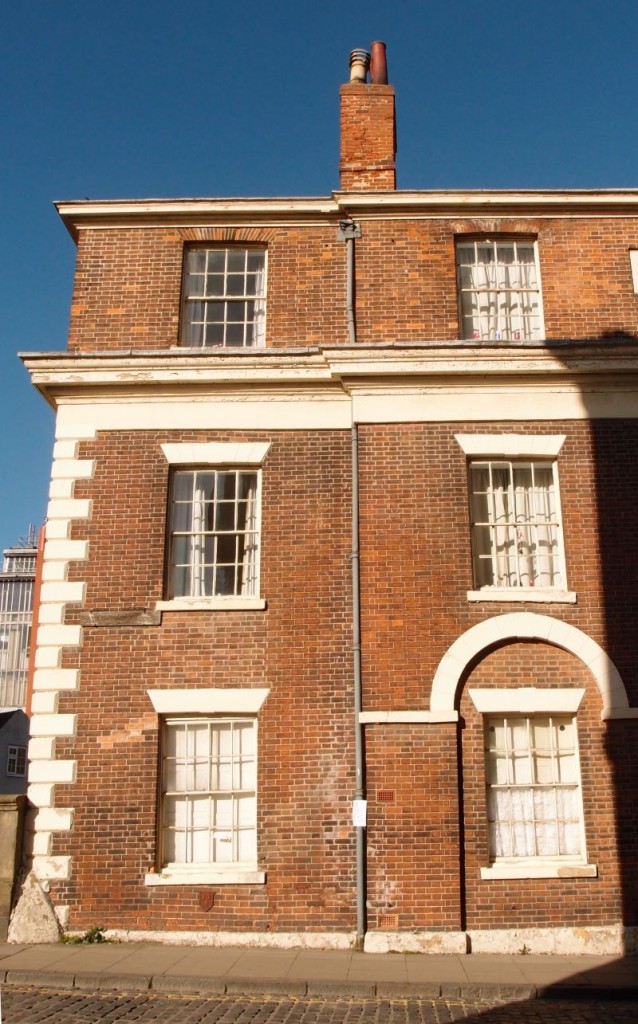 It’s an interesting part of the city’s heritage, in its original role as an almshouse, one of several in the city founded by women. There’s more information on this aspect of local history in an old page I wrote many years back and also on the ‘Heritage Explorer’ website. See the links below for more information on what may happen to the building in the future.

The council’s ‘planning access’ pages are rather temperamental, as well as confusing, so it seems unwise to rely on links to the PDFs, even though I have them. If the PDF links don’t work please try to find the relevant documents via the ‘documents list’ links.

The Assessment of Historical Significance includes photos of the interior (PDF here, or via the documents list: ‘HERITAGE STATEMENT_REV A’)

The Financial Evaluation Report is interesting. PDF on this link, or via the documents list