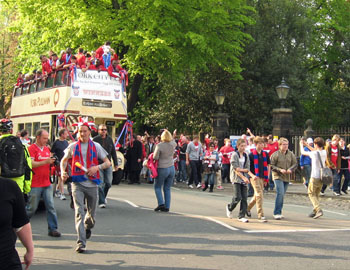 I was very keen to follow the open-top bus as it made its way through York on 21 May. Call me a ‘glory chaser’ … More … → 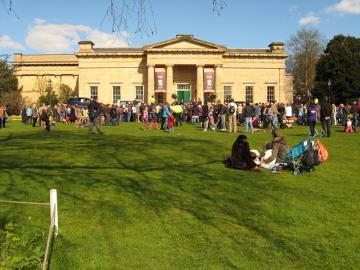 As it was a sunny afternoon and I wasn’t far from the Museum Gardens, I thought I’d make a bit of an effort to see at least the last part of … More … → 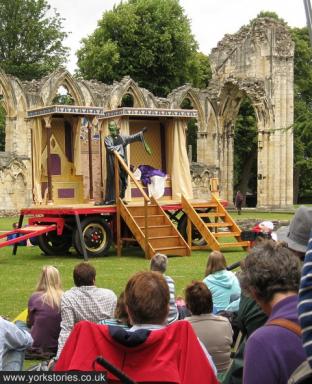 There have been some heartfelt letters to the Press in York recently regarding this year’s production of the York Mystery Plays, part of the ‘York 800′ festival, regarding the decision to use … More … →

I’ve been wondering about mentioning this year’s ‘York 800′ festival, but having been overly opinionated about several things towards the end of 2011, I’ve been avoiding it. (Being opinionated is tiring and requires a lot of energy, particularly if you’re a lone voice, or feel like one.)

The waters of the Ouse have done their usual autumn/winter thing, and the river level has risen dramatically after recent rain. The wider waters offered bigger reflections of the big sunset, and the big wheel. 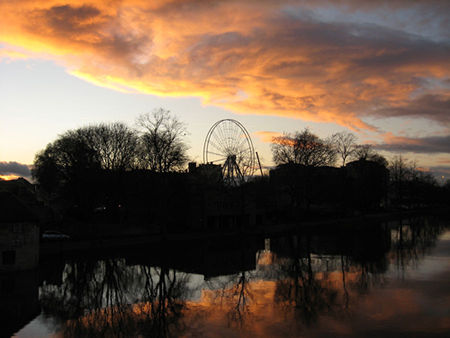 To give some idea of context, a photo taken from the city walls. The photos on this page can be enlarged, with a click, if you wish. 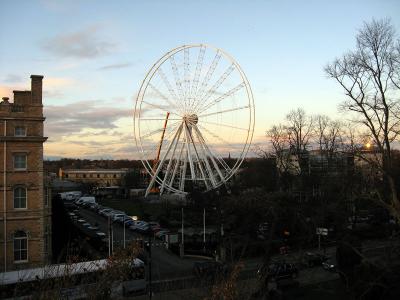 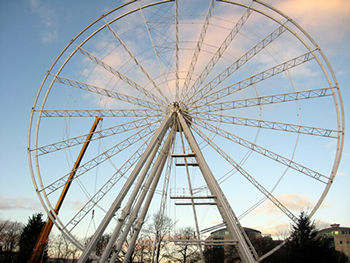 These photos were taken this afternoon. As yet it doesn’t have its … More … →

Another interesting evening of contrasts, as I visited two more locations taking part in Illuminating York. At just after 6pm I arrived at a packed church – All Saints North Street – to hear Latin Vespers sung by Gregorian chant. It was standing room only, … More … →