York – so scared of change

The Press, a couple of months ago, included an interview with City of York Council leader James Alexander. He expresses a view I’ve heard many times before and which maybe many years ago I would have agreed with.

‘The fear of change is a cultural problem in York, he says – and not only in the city, but in parts of his own council, too. “The biggest change that the city centre has seen in years is the demolition of some toilets,” he says, referring to the former ‘splash palace’ in Parliament Street. “You can see how difficult it is to get things done.”
– The Press, 4 May 2012

Never changes round here. We’re all unbelievably backward. I’ve just come back from washing my clothes in the Bur Dyke with bits of ground-up weeds, and dyeing them with woad. The honest god-fearing yokels were hanging about in the fields talking about the local squire’s latest suggestion. It’s taken two months for the news to reach Clifton. We were all struggling but now a great leader has come to save us and show us the way. I thought I would record this on some parchment. If only I knew how to write.

Only joking. It’s 2012, and I have history books, and the internet, and access to archives. And years of observing this city and its cultural problems, and people attempting to ‘get things done’. 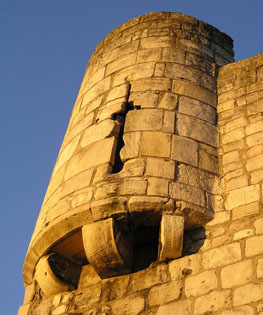 How lucky we are to have our understanding enhanced by historical perspective.

Mr Alexander’s predecessors on the council, a couple of centuries back, removed bits of the city walls and would have happily carried on demolishing, in order to ‘improve’. No doubt the council’s men then were making equally patronising comments about the dumb locals and their resistance to change. 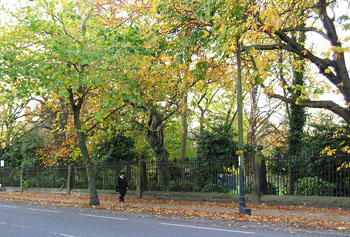 That’s a while back, so how about more recent ideas to improve York. One of the local authority’s finest ideas was to have one of those vast inner-city ring roads cutting right across Bootham. Just about here, where beech and chestnut trees grow at the edge of Bootham Park hospital’s grounds.
If only we’d not been so resistant to change. 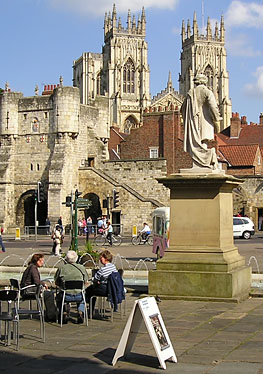 That fear of change is also known as ‘preserving the assets’. It’s why the leader of the council and his colleagues have so many handsome backdrops for their ‘York 800′ celebrations.

There are many ways of seeing. James Alexander sees only demolished toilets and feels frustrated. I see constant change, constant evolution and adaptation, centuries of it.

Much of it the product of the efforts of ordinary people, either individually or collectively. Small-scale, making up the fabric of the place, giving the texture and detail and interest we all love so much. 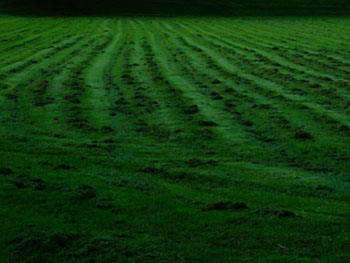 I’ve run out of space on the parchment, and so I’m going to stick this message in the trunk of a hollowed-out tree, on my way to milk the cows up on Clifton ings. After that I’ll just sit about waiting for news from the squire. I’ve heard that a building in the city, near Pavement, has been taken down. But nothing else has happened.

By Lisa @YorkStories • 14 July 2012 Opinions, thoughts To link to this page's proper location please use the > permalink.