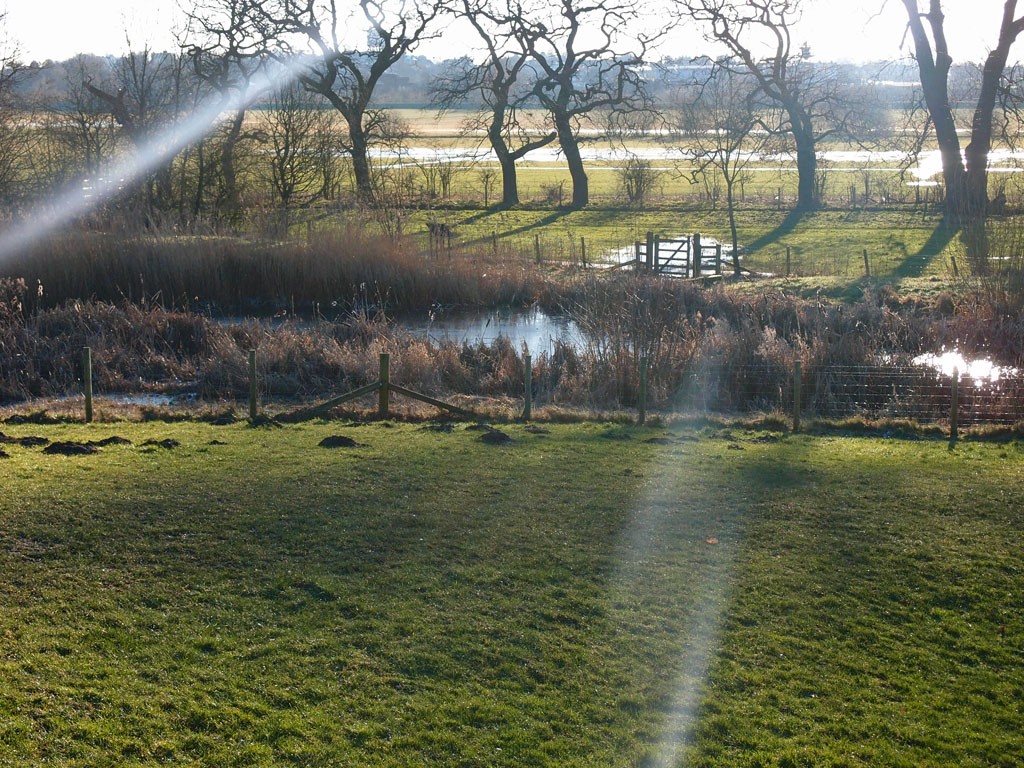 I thought I’d do the traditional review of the year. In December I like to see photos from sunnier days earlier in the year, and I thought you might like to too, dear reader.

It also gives me the opportunity to mention a couple of things I didn’t get around to mentioning during a year when (until the December Daily postings) I haven’t added much to these pages.

So, on we go, across the ridge and furrow, in the sunlight of January 2019. 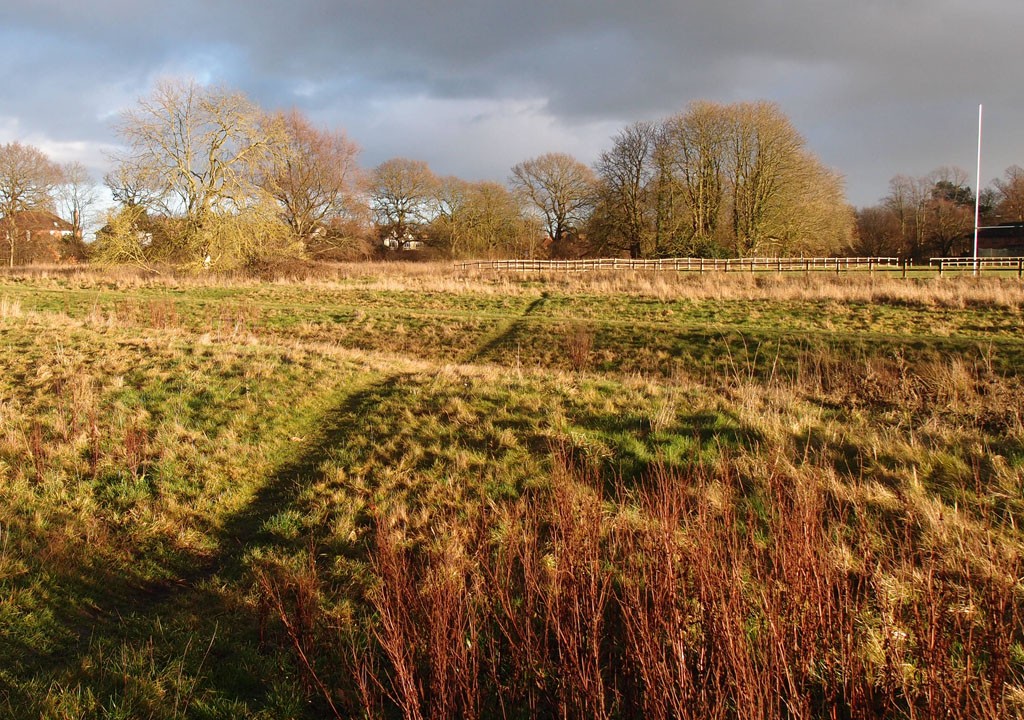 There’s some very prominent ridge and furrow in Clifton Park (grounds of former Clifton Hospital) and its undulations are particularly prominent in winter.

In February, on a pleasant sunny afternoon, I sat on a bench in the Museum Gardens for a while and watched a squirrel among the crocuses. (I think it was eating them.) 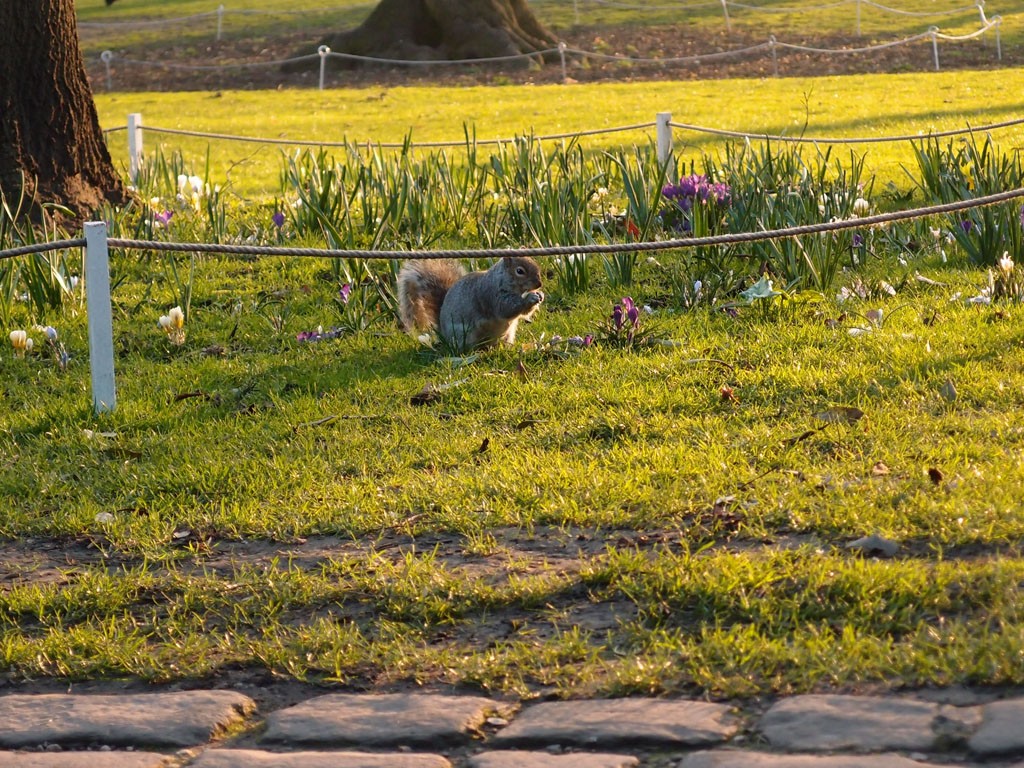 In March, and not far away, I admired, not for the first time, the choice of plants in a raised bed at the back of the art gallery. 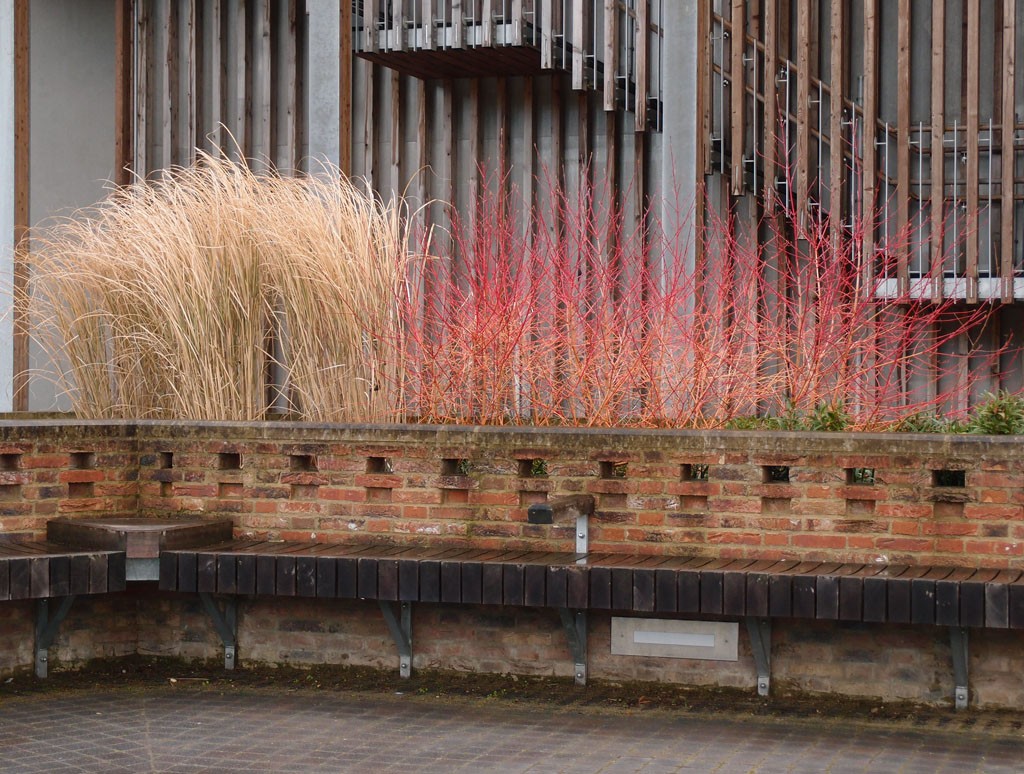 Behind the art gallery, March 2019

At the start of the year, the York Press reported that the long-established Ernest Roy Electricals (known as Ernie Roy’s) was for sale. (It has since closed.) When I dashed past one day in April I had to backtrack after noticing the notes around the letterbox, which I felt I had to have a photo of. 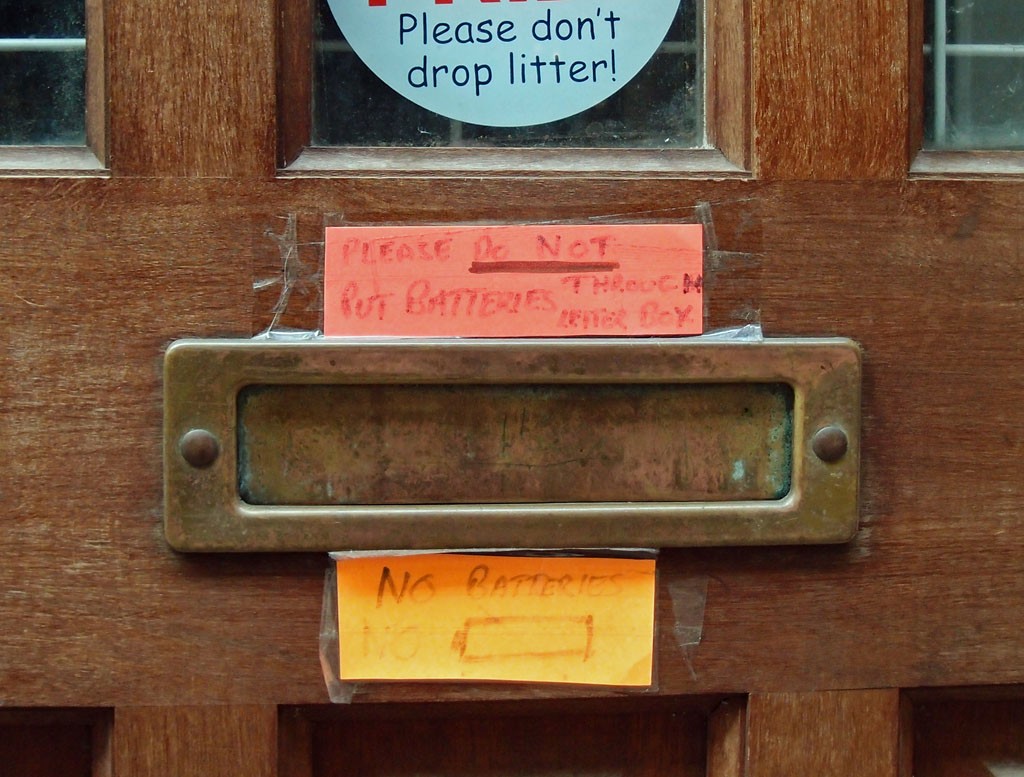 There had clearly been a problem here with people putting batteries through the letterbox. There’s a handwritten note above it politely asking people not to do that, then underneath it a rather more exasperated note – NO BATTERIES – which has an added drawing of a battery to emphasise the point further.

Was it, I wonder, just one person annoyingly posting batteries through the letterbox? Or lots of people? If so, why? (And are they still doing it, even though it’s now a bookshop?)

I wrote about Ernie Roy’s a few years back. More here. With best wishes to Ken Devey in his retirement.

On to lovely May, and a big expanse of green, out on the stray. 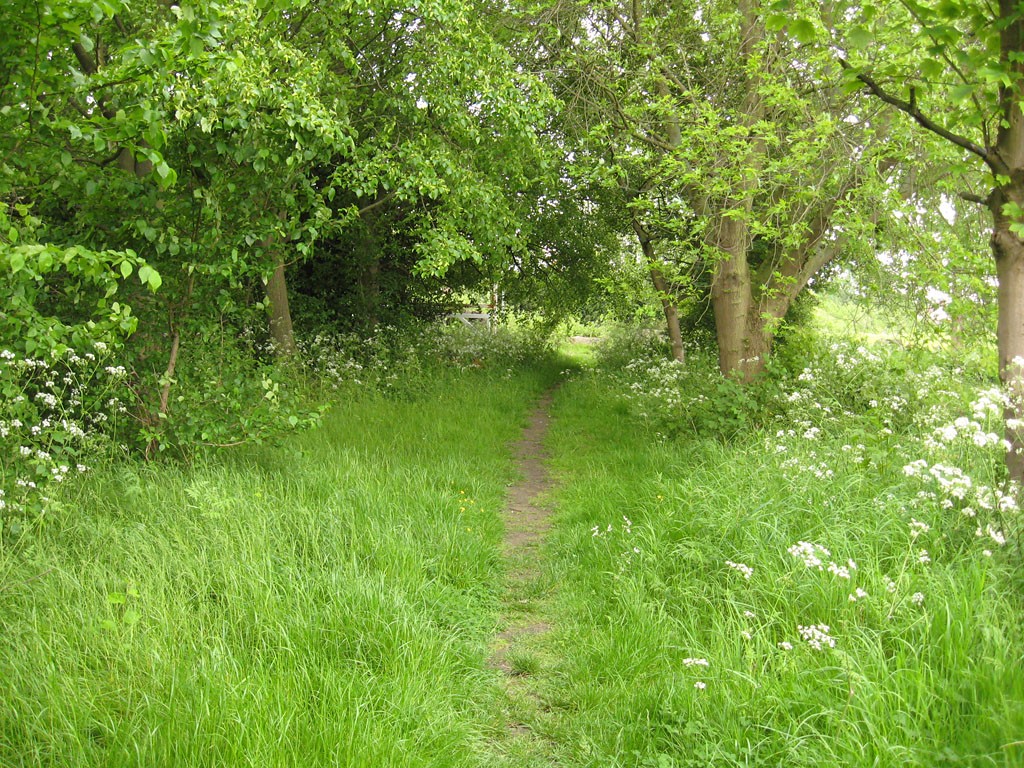 Quite often, in June, in the yearly review in years past, I’ve included a photo of something lovely, summery, flowery or bright. 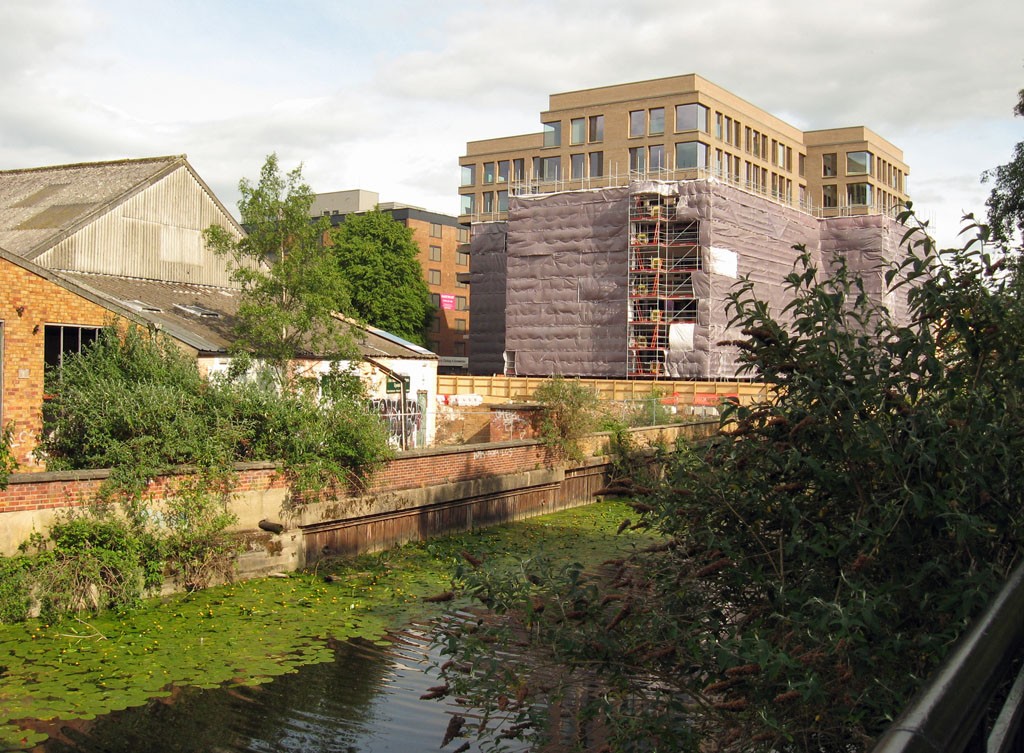 Ryedale House, across the Foss, June 2019

Across the Foss, with a substantial buddleia forest in the foreground, and the new-look Ryedale House being unveiled, in all its glory, on the other side of the river.

In July I went to an exhibition of plans for the proposed ‘Roman Quarter’, on Rougier Street, and later went for a wander in the area to take some photos.

As is so often the case, I particularly appreciated the spire of All Saints, North Street, rising up above the buildings old and new in the streets below, and catching, holding, the evening light. 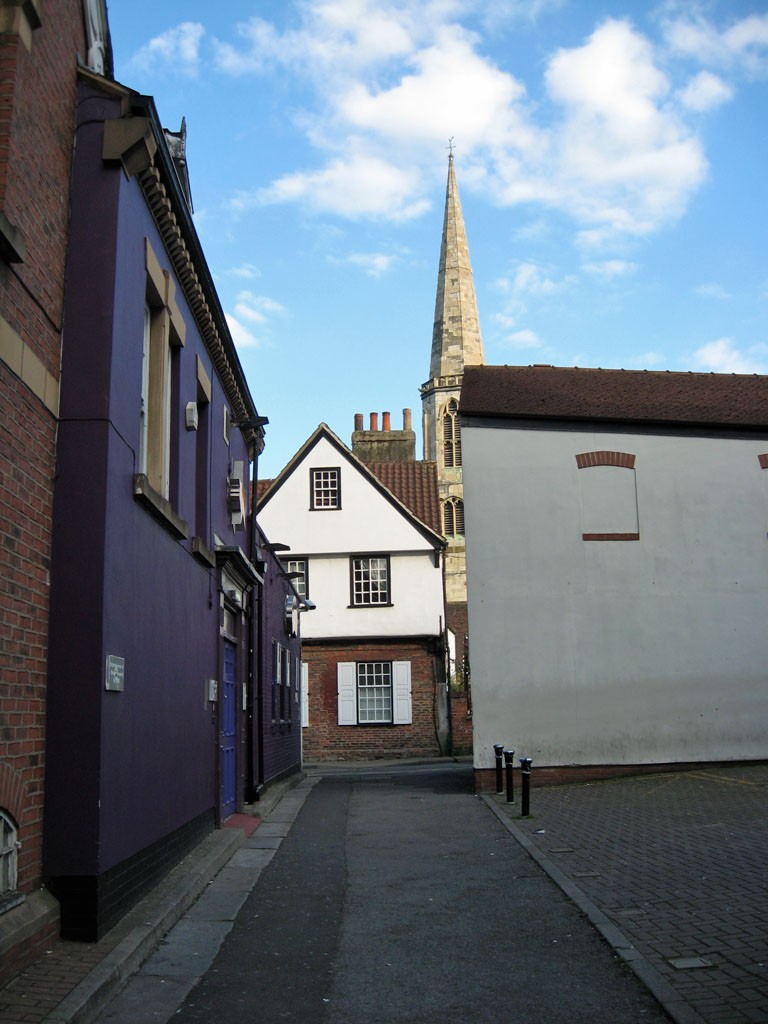 On my way home, along the riverside, I particularly liked the way the Guildhall and the Minster behind looked in that particular light, on that particular evening, over the top of the (rather more recent) brickwork of the flood defence wall. 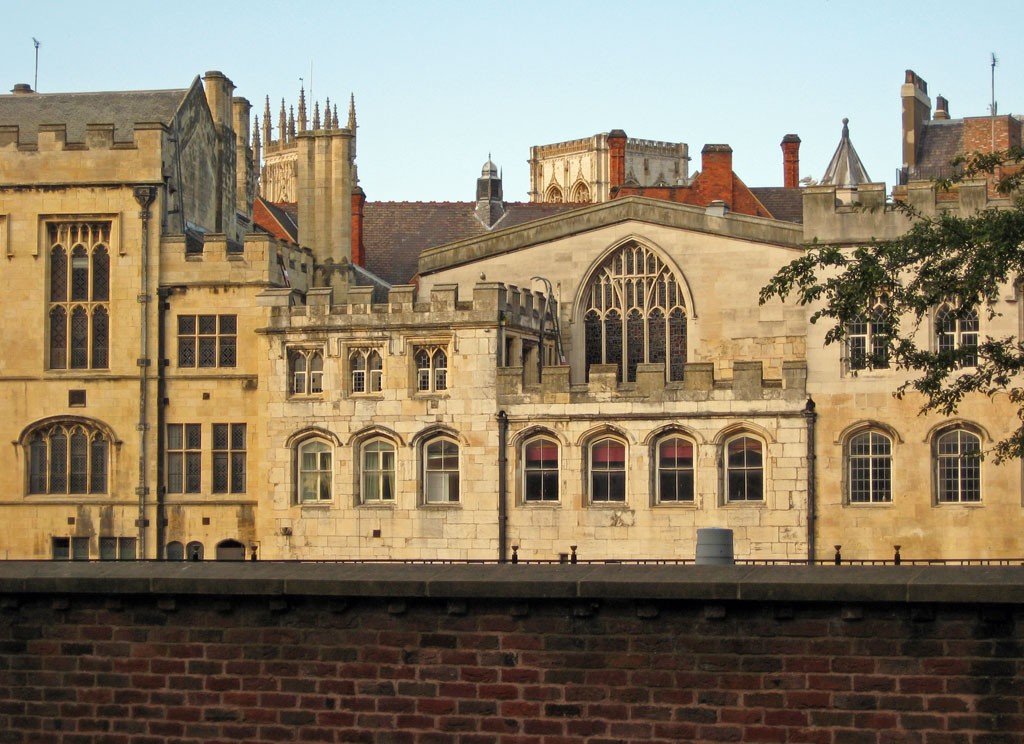 In contrast to the above, in August, the gloomy canyon of Rougier Street. 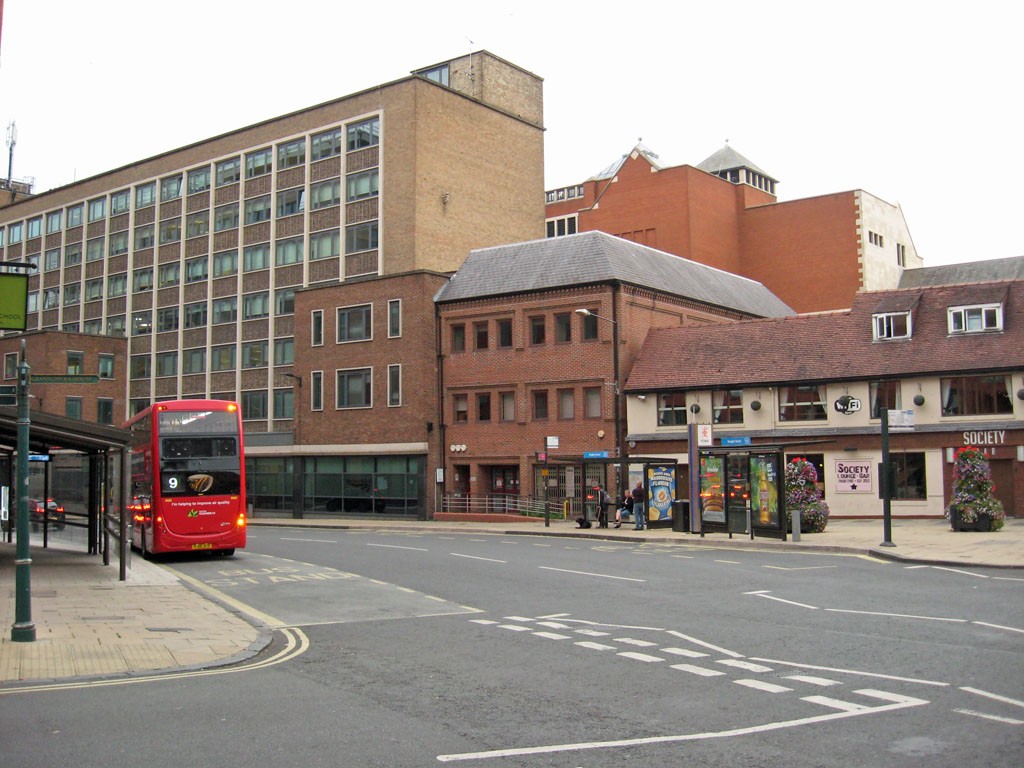 Several of the buildings here would be demolished to make way for the proposed Roman Quarter.

Back to the sunny outskirts of the city, in September, and a new section of cycle track skirting part of the outer ring road: 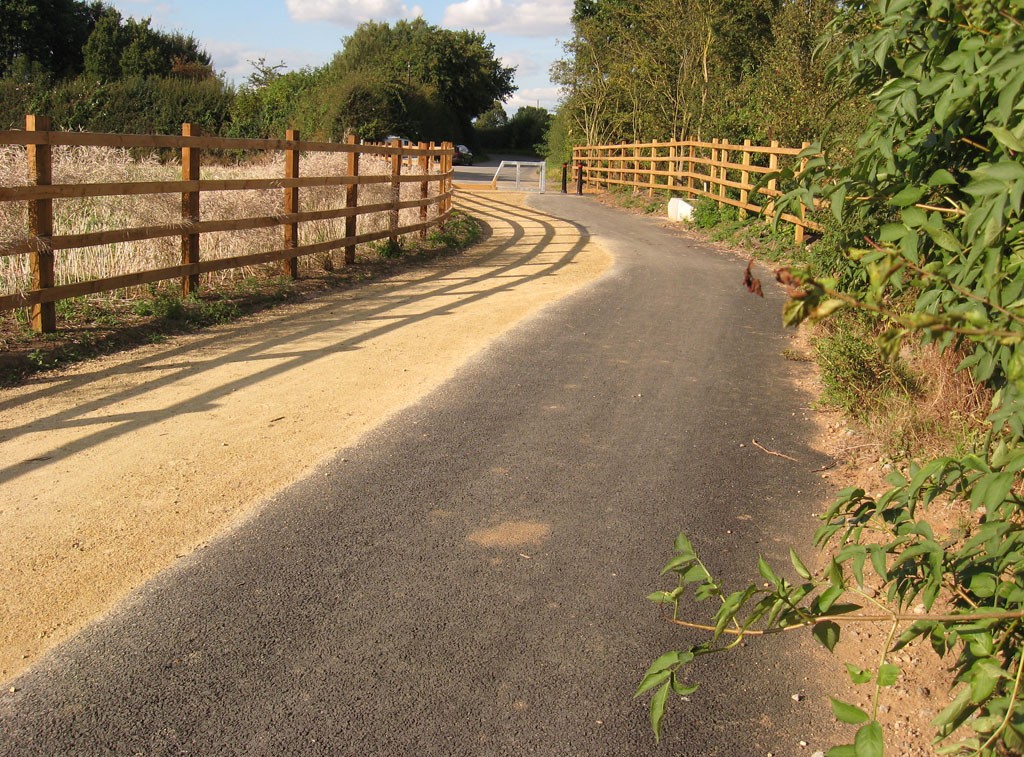 So pleased about this, so happy to discover it over the summer when expecting to have to get off the bike and walk across the ring road when gaps in the traffic allowed it.

By September I’d used it a few times. It includes an underpass under the ring road. 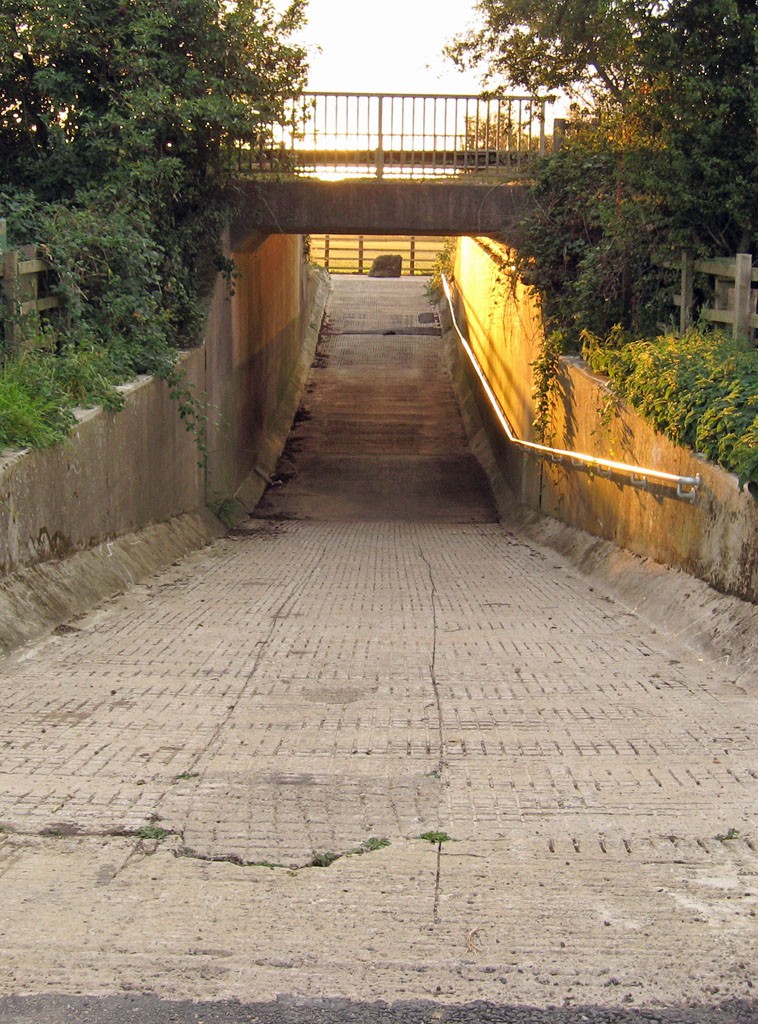 New cycle track underpass, from the Knapton side, Sept 2019

There’s a bit of a gap in available images at this point, in October and November, with no photos of York to offer. My apologies.

I could share with you photos of my vegetable harvest, and you could all sing ‘Oh, what a beauty, I’ve never seen one as big as that before! Oh what a beauty …’ – etc (as I generally can’t help doing when admiring an impressive piece of home-grown produce.)

… But let’s just move on to December, just yesterday, and a brief walk in the December sun, looking at lichen, among other things. 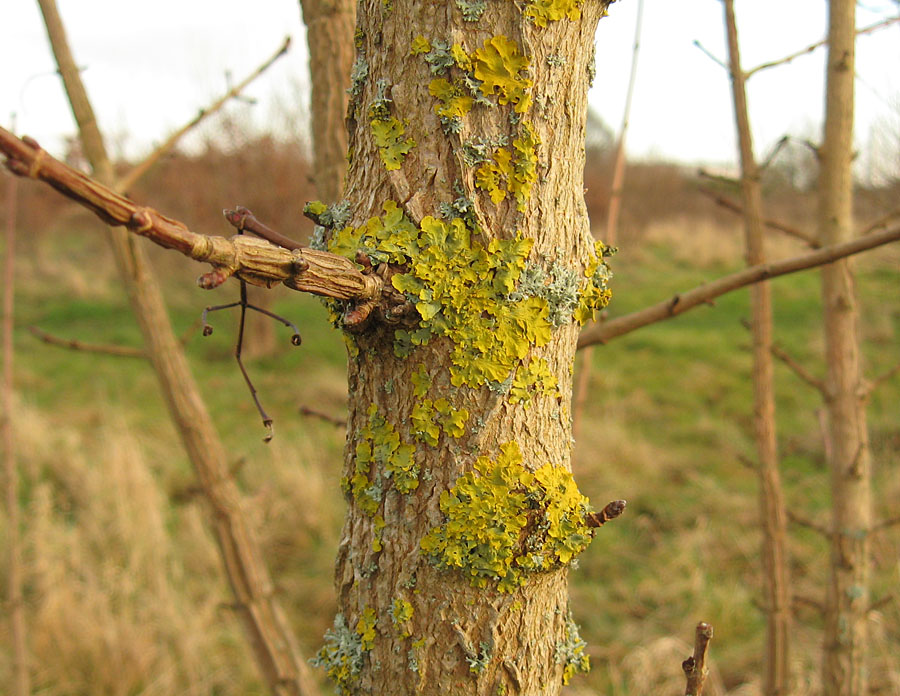 At this time of the year, lichen brightens, stands out in the otherwise rather muted landscape.

On the way back home, after looking at lichen, I remembered that the mahonia might be in bloom in a snicket near Crichton Avenue bridge. As indeed it was. 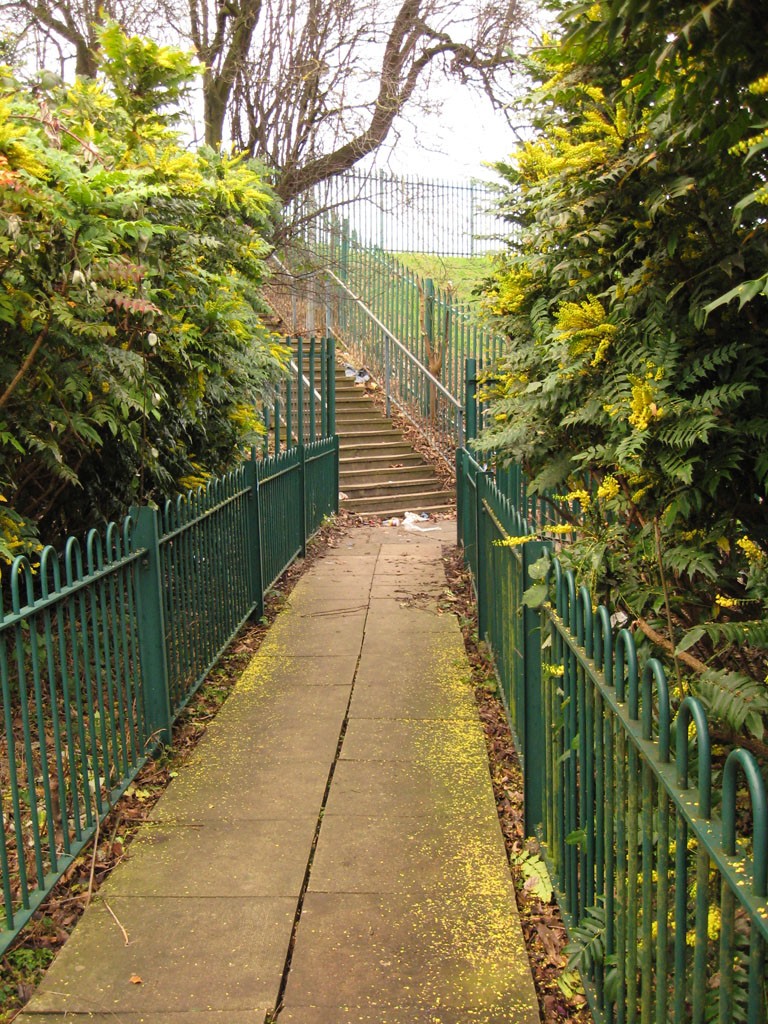 Quite a stunning display, just now.

Not many things flower at this time of the year, and what does flower you don’t expect to find in such glorious profusion in a place that perhaps isn’t much frequented by many people.

But some time back, for some reason, someone planted a large number of mahonia here, on either side of the railings on a section of a snicket near Burton Stone Lane, leading up to the bridge at Crichton Avenue.

As it’s flowering at this time of the year, and as it looks so impressive, and has a scent too, I think it might be a particular variety called  ‘Charity‘.

I have one, but the sparrows pecked the buds off mine, and it looks a rather sad. That was a bit annoying, but I have to be charitable, and think that the resident sparrows must have needed some nutrition it perhaps provides, to keep them cheeping and chirping.

As we go into 2020, I hope you’re all cheeping and chirping.

And if not I hope you find charity, and kindness.

As I did, five years back, and many times before, and since. And as many other people do, every year, from so many good people, so many good actions, so many small things.

Best wishes for 2020 — and though it probably makes me sound like a dated old hippy — I do want to wish you all — love, charity, light, and peace.

By Lisa @YorkStories • 31 December 2019 Miscellany
Tagged  December Daily, review
To link to this page's proper location please use the > permalink