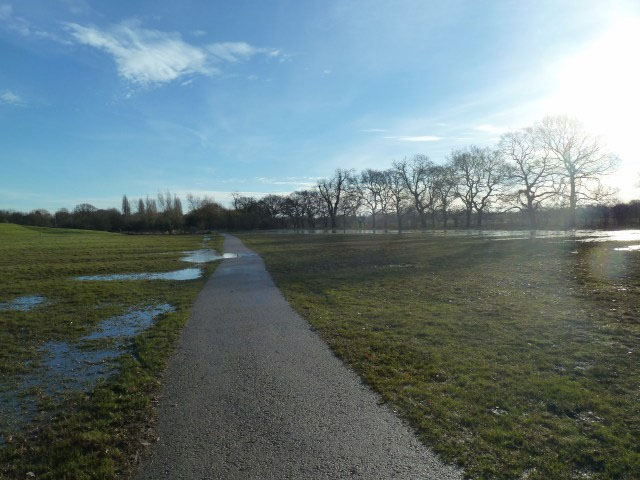 In 2004, when this site began as my ‘York Walks’, I included a visit to Rawcliffe Meadows. I’ve visited many times over the years since. I feel this special place deserves more recognition and support. I asked Mick Phythian and Martin Hammond of the Friends of Rawcliffe Meadows about the site. I was particularly interested in getting a ‘long view’ on the management of the site and the wider changes affecting all our green places over the last decade.

How do you think things have changed in the last ten years in terms of our understanding and appreciation of places like Rawcliffe Meadows?

Floodplain meadows have a higher profile now in the conservation community: the type of grassland we have at Rawcliffe Meadows and Clifton Ings is recognised as being internationally rare because it depends on a combination of quite specific environmental factors and a very long history of traditional management. Unfortunately, I don’t think this is appreciated by 99% of people who use the site. One problem is that although the meadows are full of wildflowers in May to early July, for the rest of the year they look pretty ordinary unless you peer into the turf and know what you’re looking for. 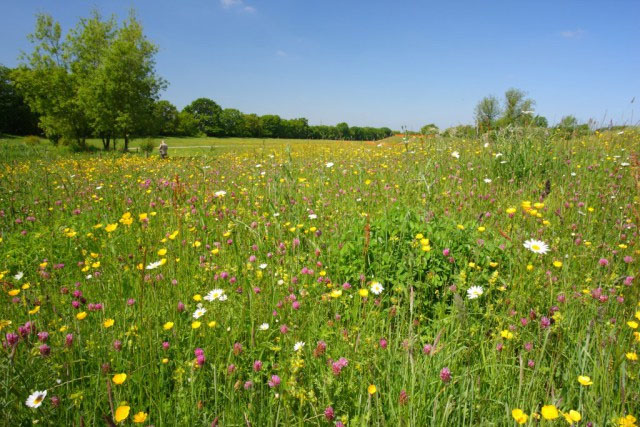 There’s also very little recognition of the historical importance of the Ings. Hay was the fuel of the economy from Anglo-Saxon times until the 19th century: without it you could not keep horses and the beasts of burden going, and the Ings were the best and most productive source of hay. Elaborate customs ensured careful use of the Ings: what we would now call sustainable management was everyday practice for hundreds of years. There are scores of books and archaeological papers on the history of York but barely any mention the natural resources which underpinned the prosperity of the city. Our ecologist Martin Hammond is working on a book which will hopefully open more people’s eyes to the story of the Ings. 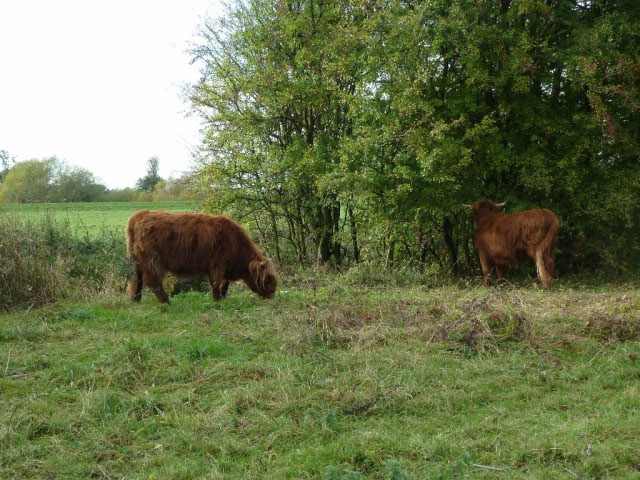 Geoff Oxford and the Tansy Beetle Action Group (of which FoRM is a part) have done a fantastic job raising awareness of this insect as the ‘Jewel of York’. It’s quite difficult to interest people in a “mini beast” but we’re lucky to have a star species which is very photogenic, easy to spot and very special to York.

What improvements have you seen in that time, in a wider sense, in the management of our natural environment here in York?

The sole improvement is that some sites like a number of ‘strays’, along with Clifton Backies are now under Countryside Stewardship, as Rawcliffe Meadows has been for over twenty years (one of the first in the UK), this provides funding whilst ensuring a management plan is adhered to. A greater focus on the green environment has occured at St Nicks in York, a site myself and other from York Natural Environment Trust (YNET) helped preserve. Unfortunately the green environment has held low esteem amongst all the political regimes in York since it became a unitary authority in 1996, and now we find the park ranger service has all but disappeared, along with the grubbing out of hedgerows around parks, as two examples.

I noticed this rather nice sign in Rawcliffe Meadows in 2004. It’s disappeared since. Can you tell me more about the sign and who made it? 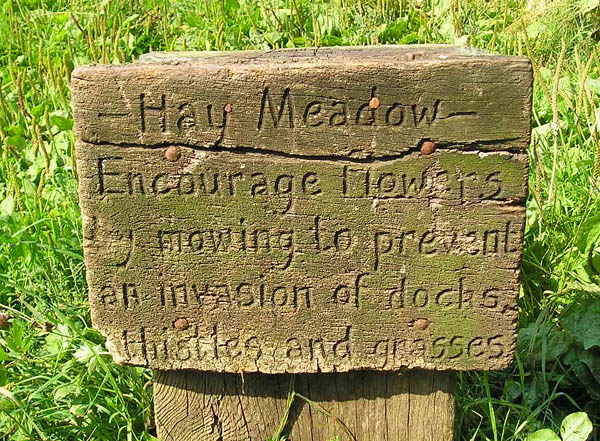 The wooden routed signs were made in 1993 by a young lady joiner called Emma who also made us an excellent noticeboard for the Pond area that finally succumbed to the floods only a few years ago. The signs were made when the site was still in Ryedale and we received assistance from the Greater York Countryside Project. Unfortunately as the site is flooded on at least an annual basis all signage suffers from fairly heavy wear and tear, with additional tear added by the occasional vandal. We have had a number of sets of noticeboards, along with others for interpretation but none, apart from Emma’s, last much more than ten years. We have two new board in production currently (Jan 2015).

What do you feel are the biggest achievements of Friends of Rawcliffe Meadows, in the last decade?

When we first looked at the site in summer 1990 it was in a sorry state. It had been badly over-grazed for 20 years, there were literally acres of thistles, and it was very borderline whether the site was worth taking on. It could easily have become a massive drain on YNET’s resources with little positive to show for it. 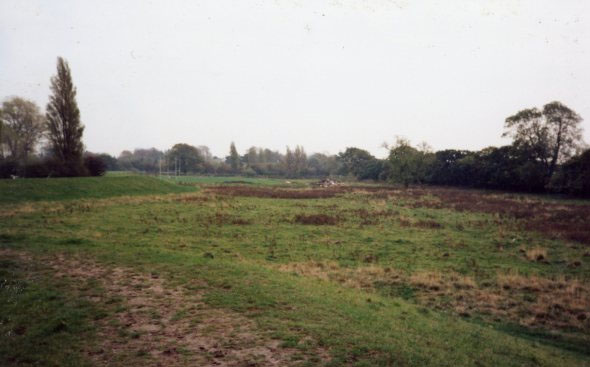 The fact that it was turned around and is now recognised as a Site of Special Scientific Interest – a nationally-important wildlife site – is the ultimate accolade. This is all the more remarkable because Friends of Rawcliffe Meadows have looked after the site on a shoestring budget for 25 years with remarkably little support from public bodies. Even when the Environment Agency was spending tens of thousands of pounds a year on ecological projects in the Vale of York, we barely got to see a penny! Whatever we have achieved has been down to the many local people who have helped out in one way or another over the past quarter of a century.
The SSSI is designated for its flower-rich meadows and its population of Tansy Beetles, an endangered insect which survives only on the Ouse floodplain in the Vale of York and one tiny outpost in Cambridgeshire. We started off with a handful of Tansy Beetles and now have one of the largest populations in the UK. 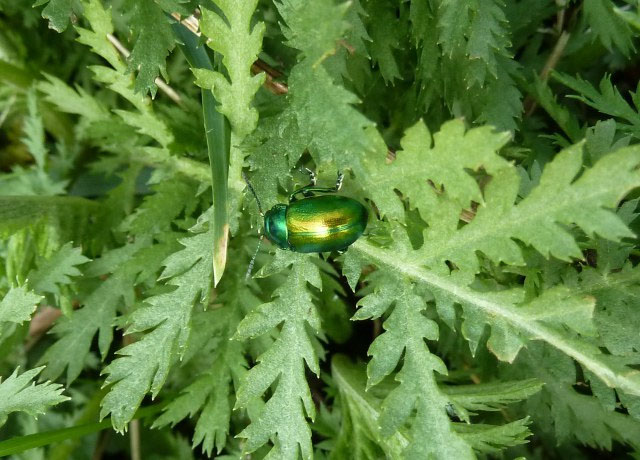 Everytime I see a bag of dog shit hanging in a bush or tree, all the litter, every piece of vandalism, every battle with planners or the Environment Agency. We have threatened public bodies with packing in on a couple of occasions in the past decade, despite all the years of hard work we have put in.

What can the local community do to help?

Primarily by volunteering. At its simplest, this can take the form of taking their dog shit home along with their litter. On a practical basis we are always in need of volunteers to help in the occasional formal practical tasks, do publicity, record and report wildlife sightings, grow wild plants from local provenance seed and help to plant them. Some of the tasks involve coppicing trees and bushes or raking up cuttings, others are big tasks like building a shed, bee bank or stumpery. There’s always nest boxes to be erected, repaired, cleaned or monitored at the appropriate times of the year.

What needs to happen to keep Rawcliffe Meadows the special place it is for the next ten years and beyond?

The original 25 year lease from the National Rivers Authority (now the Environment Agency) is due to expire shortly and we don’t know how they will behave. Their priority is flood defence and the local region appear to have little understanding of biodiversity. The lease needs to be renewed, along with a new spirit of cooperation from the EA, similar to that of their predecessors had. We need more and younger volunteers and some behavioural changes by the general population to start respecting and assisting with green spaces, whoever they’re managed by.

Mick Phythian and Martin Hammond have been involved with Rawcliffe Meadows since the outset in 1990. They’ve both spent an awful lot of hands-on time controlling the original invasive weeds and bringing it to what it is today. Martin is a professional ecologist and has maintained the records and history of the site, whilst Mick has looked after finances and funding as well as getting mucky.

Mick has also compiled an online index to the websites of York’s green places, at yorksgreenplaces.wordpress.com/ and also uses the Twitter account @YNET4 to promote Rawcliffe Meadows and the green environment around York.