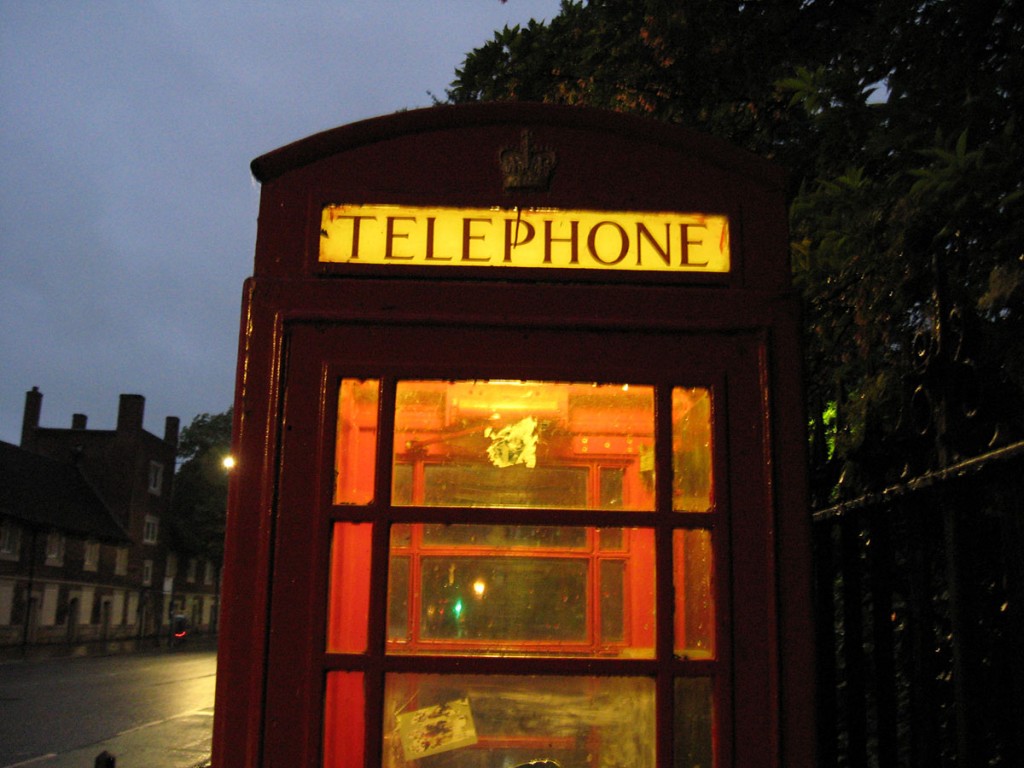 I wondered many times over the years, when passing this phone box on Bootham on my walk to and from town, if it might be under threat of removal at some point.

I realised recently that there’s a notice in it saying it’s to be removed. 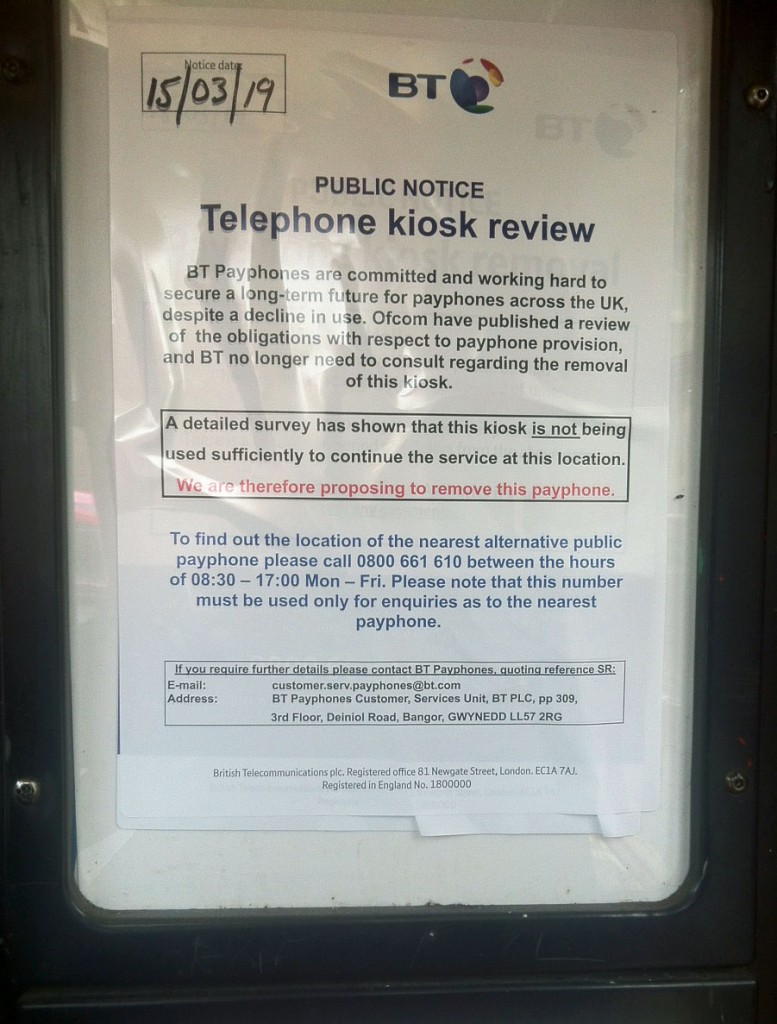 The notice has a date suggesting that it’s been in there for quite some time, so perhaps it’s too late to do anything to retain this handsome and iconic structure, but I hope not.

The phone inside it may be seen as virtually redundant, though it’s not totally redundant. I remember one night not so long ago that it was used by a very distressed woman I met while walking into town, who needed to ring a family member and needed some help in that situation.

The kiosk is still illuminated from within at night, and it’s particularly handsome and cheering, and somehow comforting that it is still lit up. It’s something I only properly appreciated recently, so dashed up there again after dark to take the photo at the top of this page.

Here’s how it looked one dull December day, just after getting a new door. 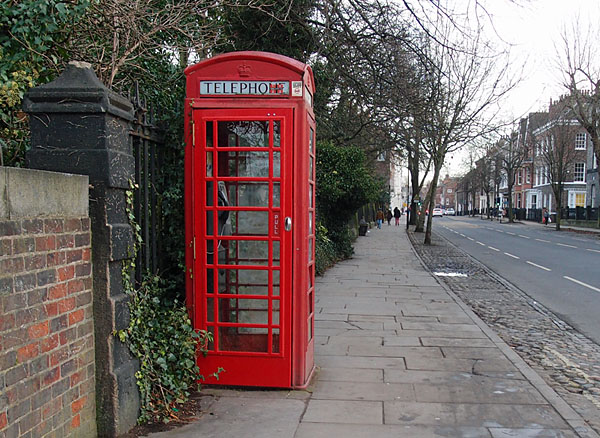 Bootham’s phone box in December 2013, with a replacement door

These old kiosks are proper handsome things in our streets, where they survive.

Other phone boxes like this have been reused, or ‘adopted’, providing other services and facilities, and perhaps this one should be too?

The sign inside it doesn’t say when it’s likely to be removed or if there have already been any offers to ‘adopt’ it for other uses.

I was thinking about things I’d read about other phone boxes and their reuse, and how this might be connected to a specific need in that particular place.

So in view of its location, at the edge of Bootham Park Hospital, just outside the railings of that place that was for so long providing mental health care, and no longer does, perhaps if it could be retained it could have a connection with that. Perhaps a small library of books and leaflets to offer help and comfort in times of mental distress, perhaps messages of support written by passers-by attached to its walls and windows. Perhaps a little comforting haven for people to pop in to when feeling like everything’s got too much. Perhaps just something for some of the city’s residents who might have been looked after in the big grand building just inside those railings, once upon a time, before its rather brutal closure.

If there are plans to adopt it, reuse it, and you know about them, please add a comment.

York Stories is a resident’s record of York and its changes. Thanks for your virtual coffees in support.

By Lisa @YorkStories • 11 July 2019 Details, Streetscape
Tagged  Bootham
To link to this page's proper location please use the > permalink